Ruins, buffalo and lizards in Campania

Only an hour's drive south of the Amalfi coast, heading down the geographical boot of Italy, is a wee detour well worth the taking - to the archeological site of Paestum, on the coast of the Tyrrhenian sea. 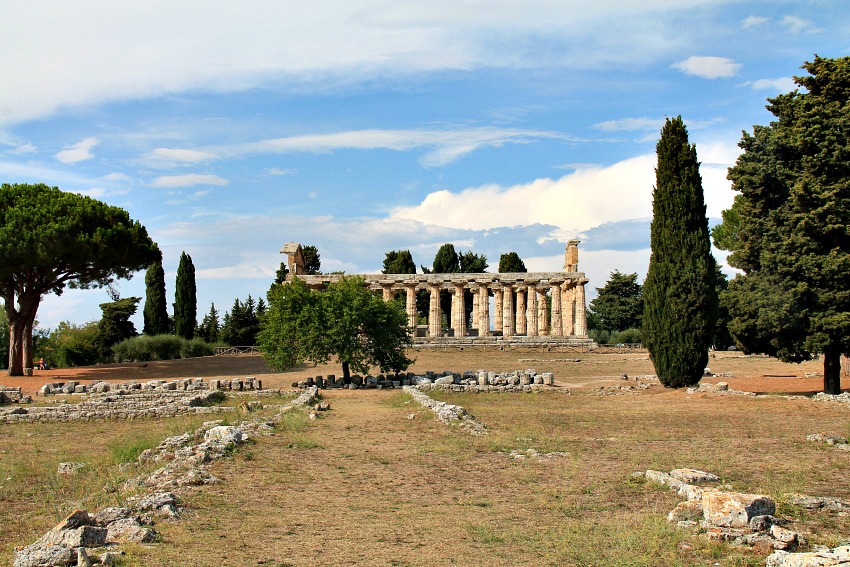 The ancient Greeks built a large city here in 600 BC, with three huge temples, and named it after the god of the sea, Poseidon. 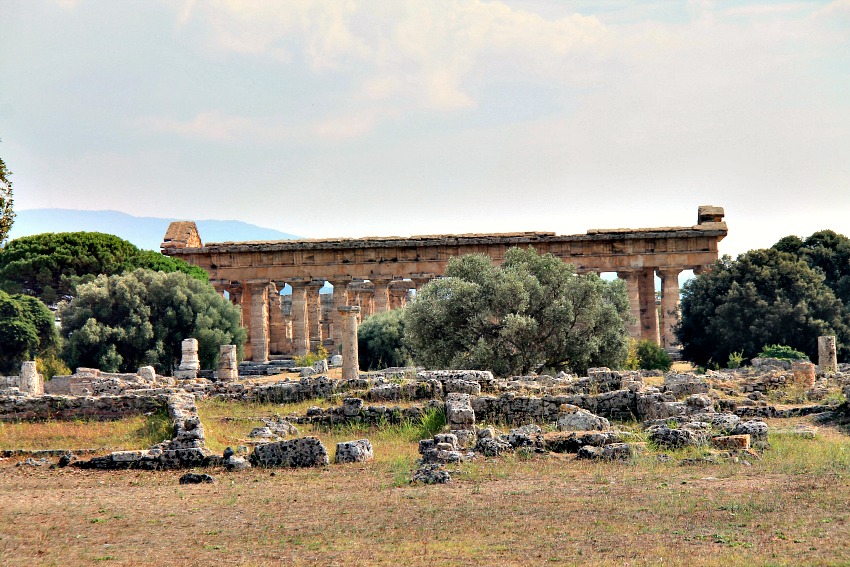 Of the city walls, forum and amphitheatre, only the foundations remain, but the three temples, dedicated to Hera, Athena and Poseidon are mostly intact, with their massive golden coloured stone pillars still standing after more than two and a half thousand years. 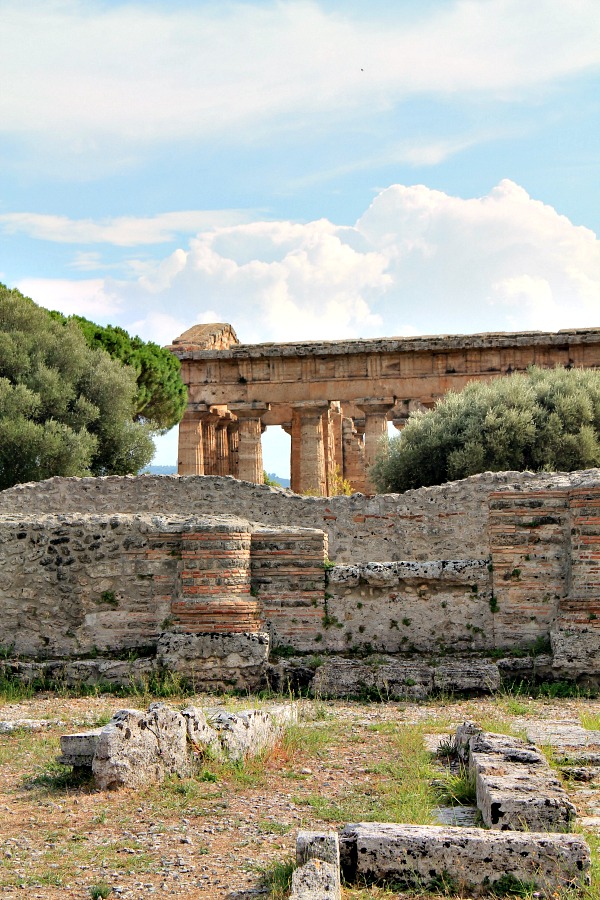 The Romans later took over the city and (as they did) changed its name from Poseidonia to Paestum, while renaming the temples Juno, Minerva and Neptune : same gods, rebranded. 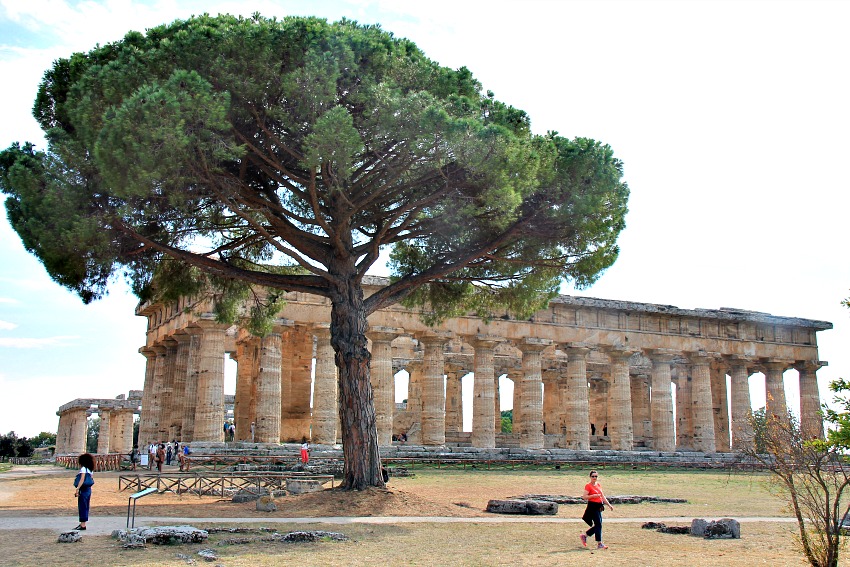 The massive Temple of Neptune/Poseidon

It thrived throughout the Roman empire and only fell into disuse and neglect in the Middle Ages, to be rediscovered and protected from around the 18th century when the likes of Goethe and Shelley inspired a touristic interest in Italy's antiquities. 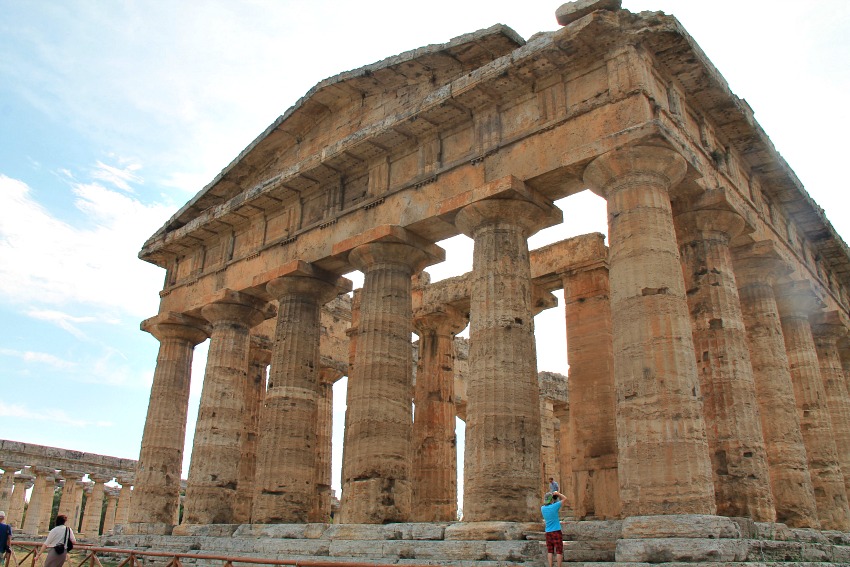 There's a wonderful photograph of a company of soldiers in the second World War in the ruins of the Hera temple where they'd set up office in preparation for the landing beaches nearby where the Allies would invade Italy. 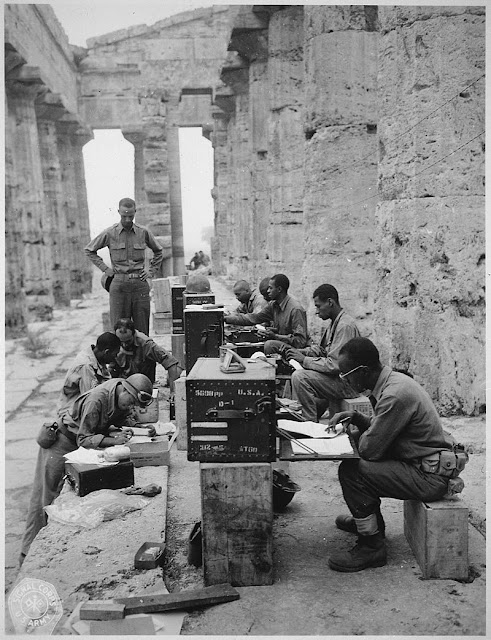 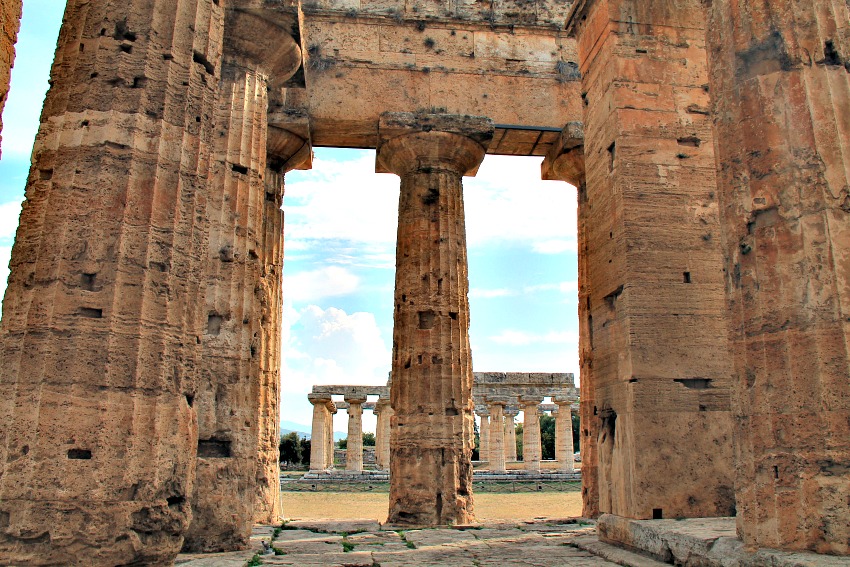 Paestum felt far more impressive than Pompeii, was better preserved, and without the crowds that pack Pompeii a much more worthwhile experience. 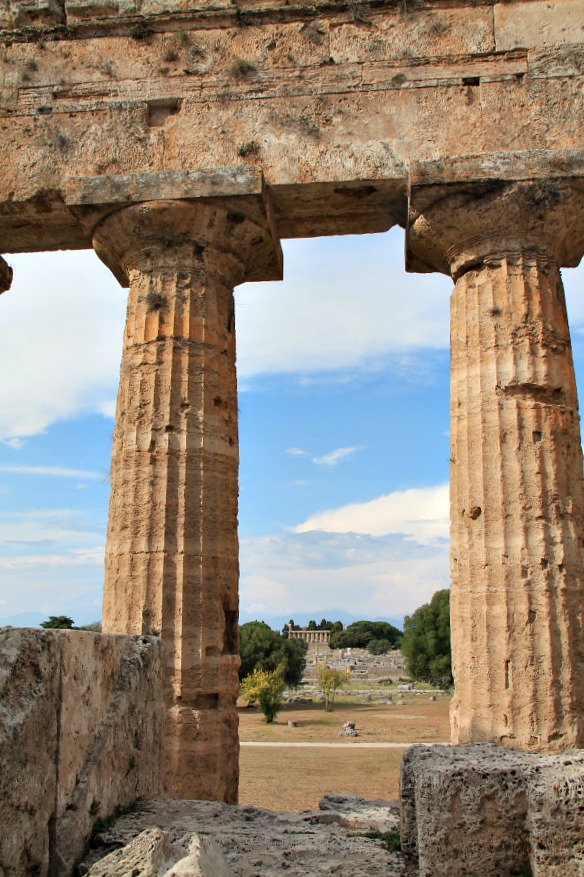 From Paestum a short drive up into the hills gets you to Il Cannito, guest house in the wilds of the Parco Naziionale del Cilento. 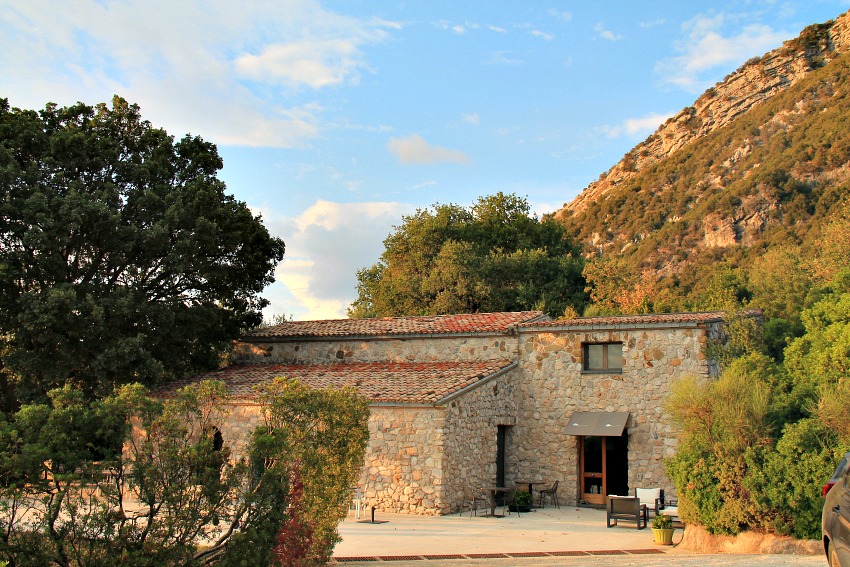 This is buffalo country - though the buffalo are reared on farms, not wild, and are the source of Italy's mozarella di bufala. While getting lost on dirt roads in the hills trying to find the isolated Il Cannito we had a close encounter with some mozarella-producing buffalo, but I was too surprised to take a picture. 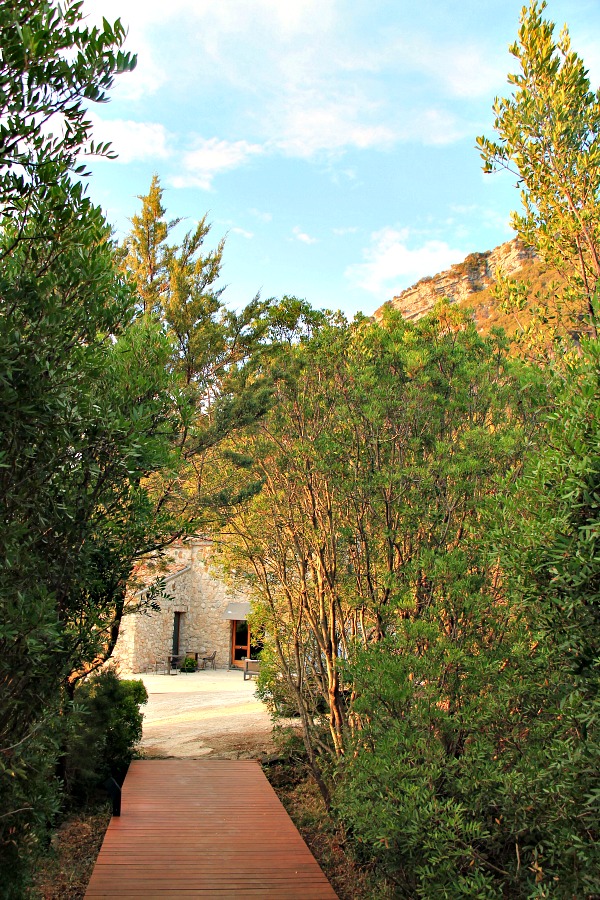 Owned and run by the Gorga family, father Luigi found the ruins of a farmhouse in this remote spot in the national park and reconstructed the original stone house to a simple guest house with only four rooms.

I loved the interiors - simple, with a fantastic eye for modern design, paintings by artist friends of the family and daughter Antonella's photographs (the one below of her brother Nicola swimming in the nearby Tyrrhenian sea). 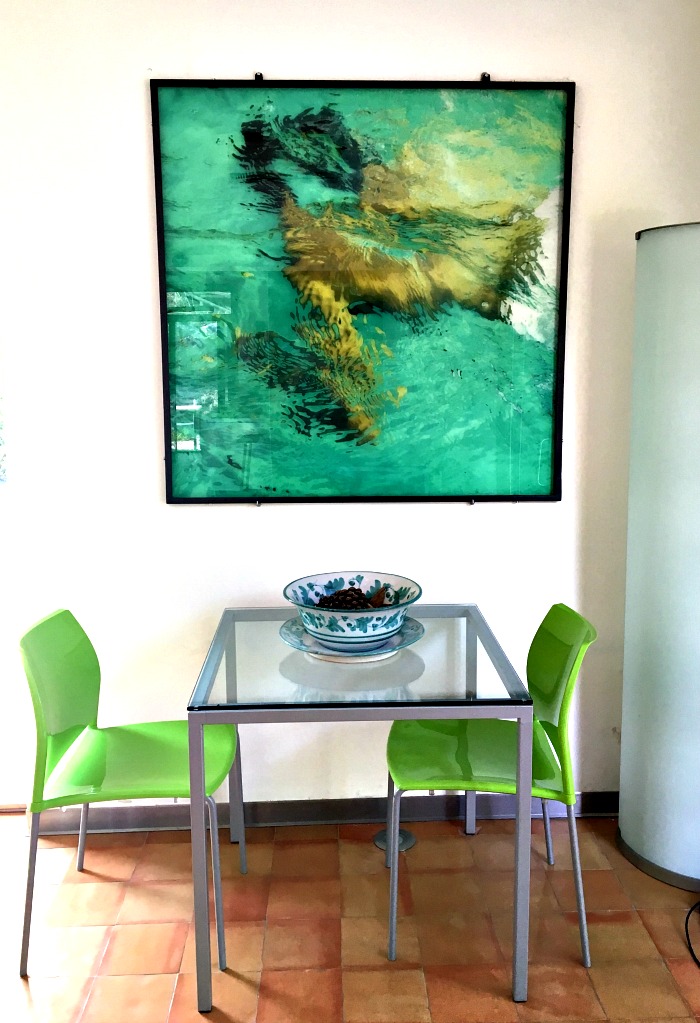 We cooled off in the pool with bright green lizards for company and later had a drink on the terrace watching the sun go down - this time with owls for company. 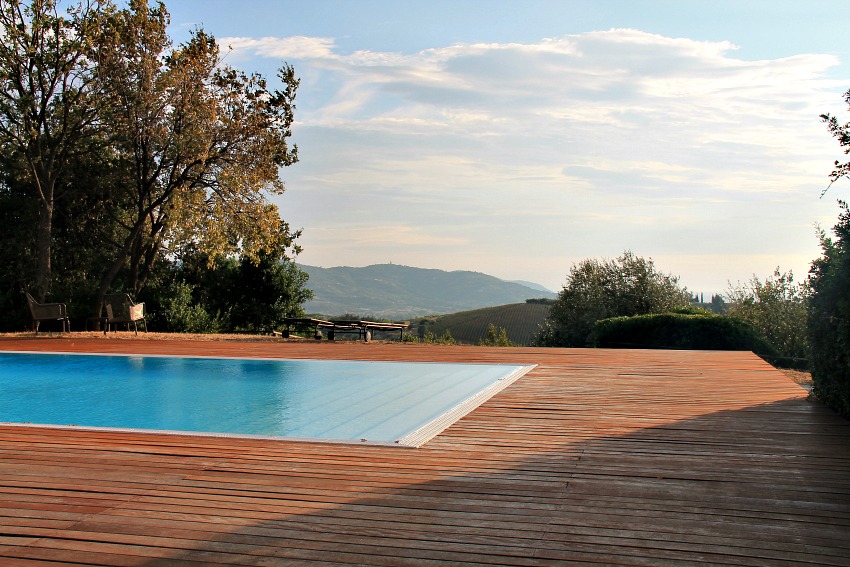 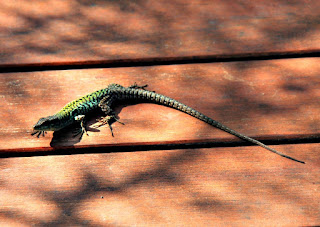 Dinner was cooked by Mama and was fresh, simple and delicious, including this ravioli filled with buffalo mozarella (naturally) topped with white summer truffles. 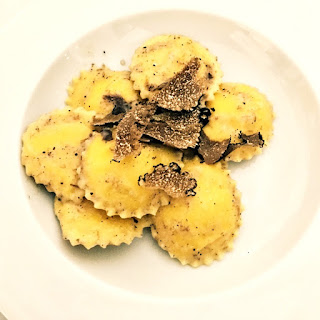 Breakfast outside the next morning was a perfect start for the drive south ... 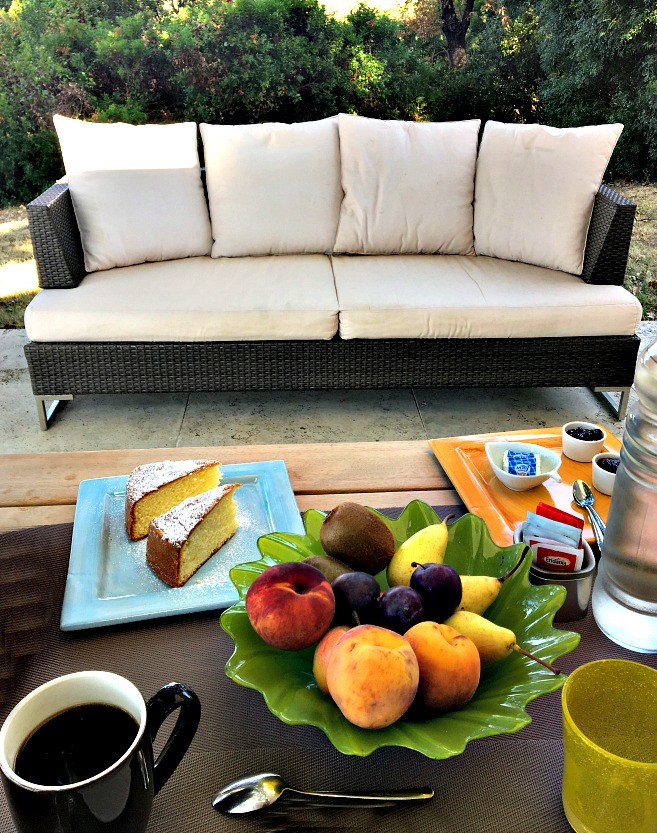