Rambles in the countryside (and a small rant)

De zomer zit in het slop ... is possibly my favourite Dutch expression; 'summer is in the doldrums' is not nearly as expressive or alliterative. It applies pretty well to most days of the British summer, but now that we've progressed from mere slop to fully bewolkt en koud, I feel it's the perfect time to pull on one's hiking boots and venture into the English countryside. 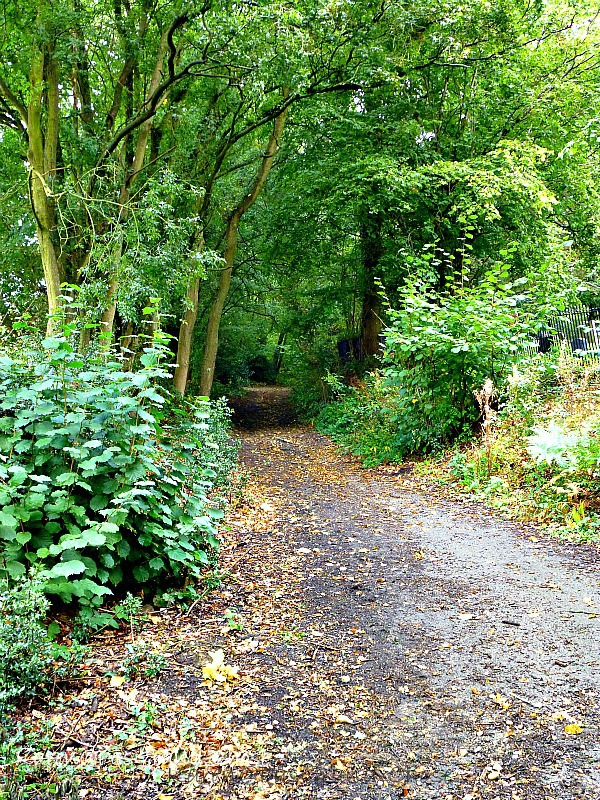 A change in my working life has enabled me to finally join a hiking group whose inviting emails describing country trails have been entering my inbox for a couple of years. 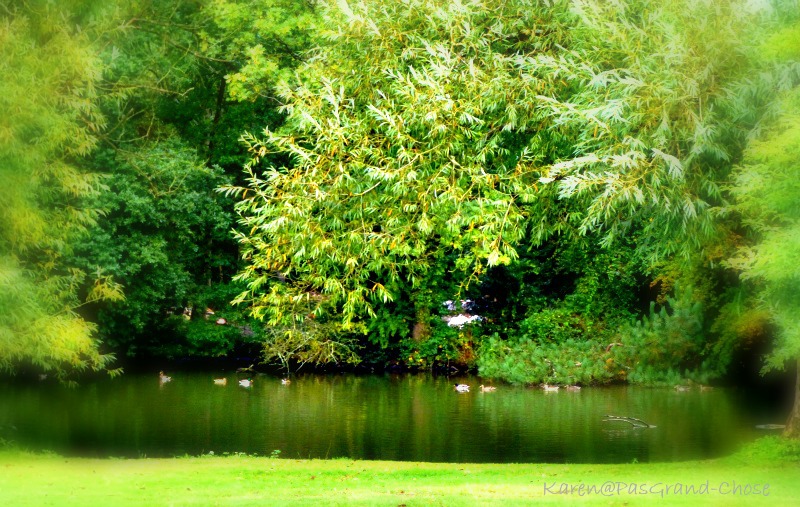 This one started and ended in Hedgerley - a village and ancient parish tucked away in a tangle of fields and copses in south Buckinghamshire - not far, as you can see from the map pin, from Wooburn and the slightly frightening sounding Cookham & Burnham. You've got to love quirky English place names (how about Ugglebarnby, Crinkley Bottom, Steeple Bumpstead or Giggleswick). 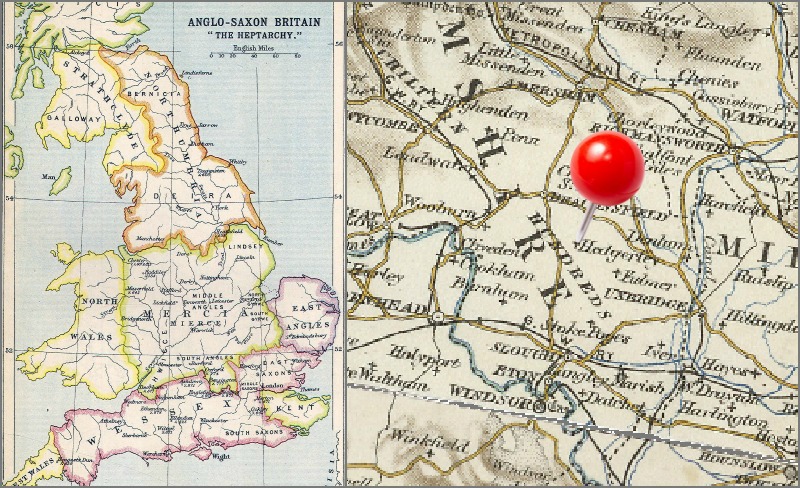 But I'm also learning the clues they give to who lived where and when: 'ley' is an old Anglo-Saxon word for a clearing in a wood, and so Hedgerley was originally Hycga's clearing (though no-one seems to know anymore who Hycga was). This little settlement, like the whole county of Buckinghamshire, was once part of the kingdom of Mercia, in the Anglo-Saxon heptarchy. 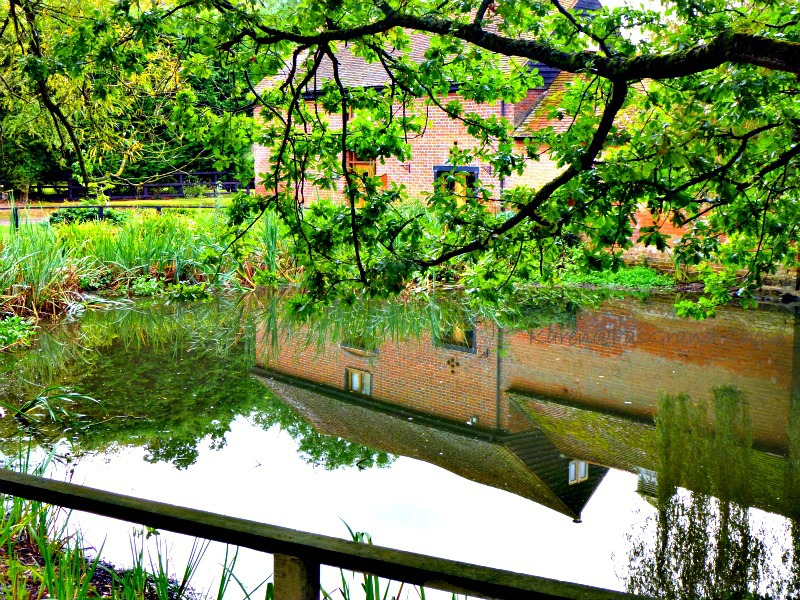 There's a village street of red brick cottages, some of which have not changed much since the 16th century. In Roman times, Hedgerley was an important centre for pottery, and later on it became famous for brick-making - in kilns supplied by nearby clay pits. 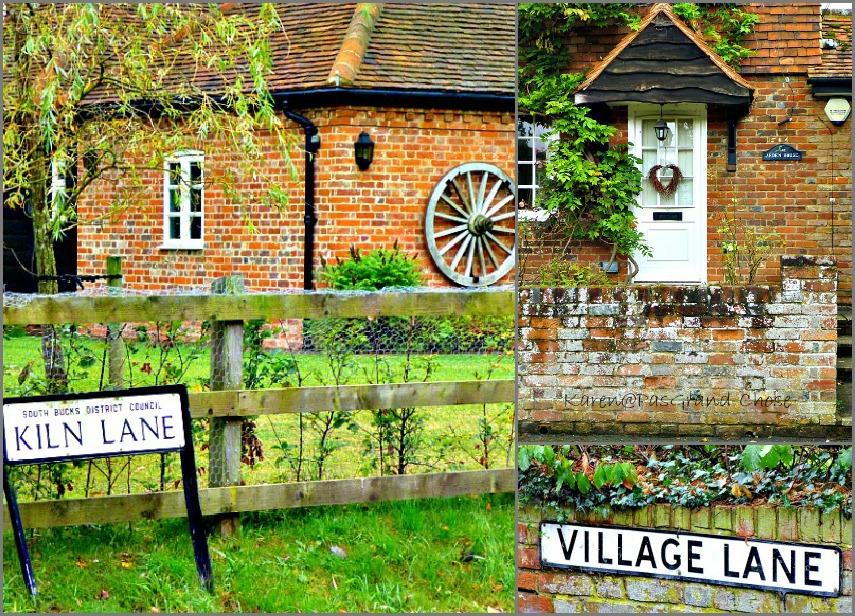 Today, it's possibly better known for multiple grisly murders, as one of the locations for Midsomer Murders, from which we have learned that quaint English villages invariably harbour dark secrets and serial killers.

In awe of those who seemed to know their way through woods and open fields, I followed the  band of walkers and progressively dirtier dogs ... 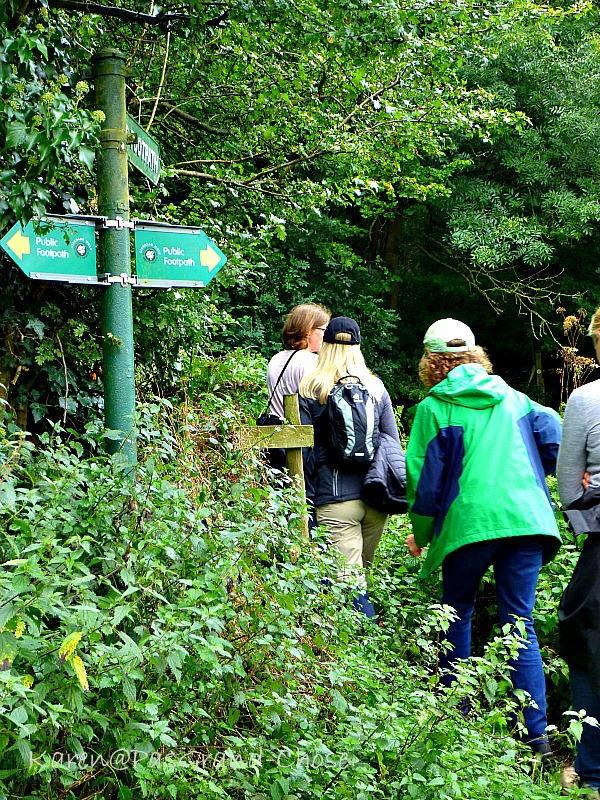 Gaiters and hiking boots were the way to go for some, wellies for the English traditionalists - whatever gets you through the mud and over the stiles.

The fields in this area are called 'sea fields', because in spring they're covered with bluebells and look like a sea when the wind blows across them. 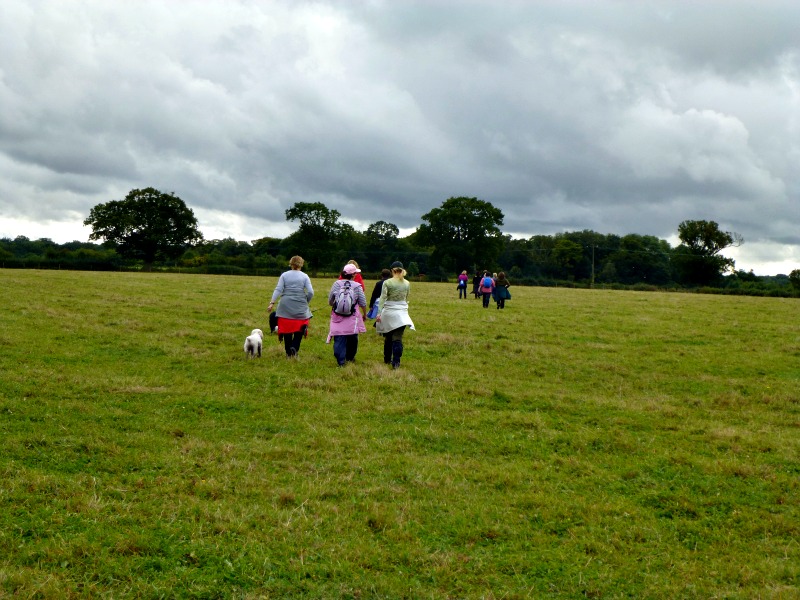 A few hours later we'd returned full circle to Hedgerley for a look round the parish church of St Mary the Virgin that tops the village ... 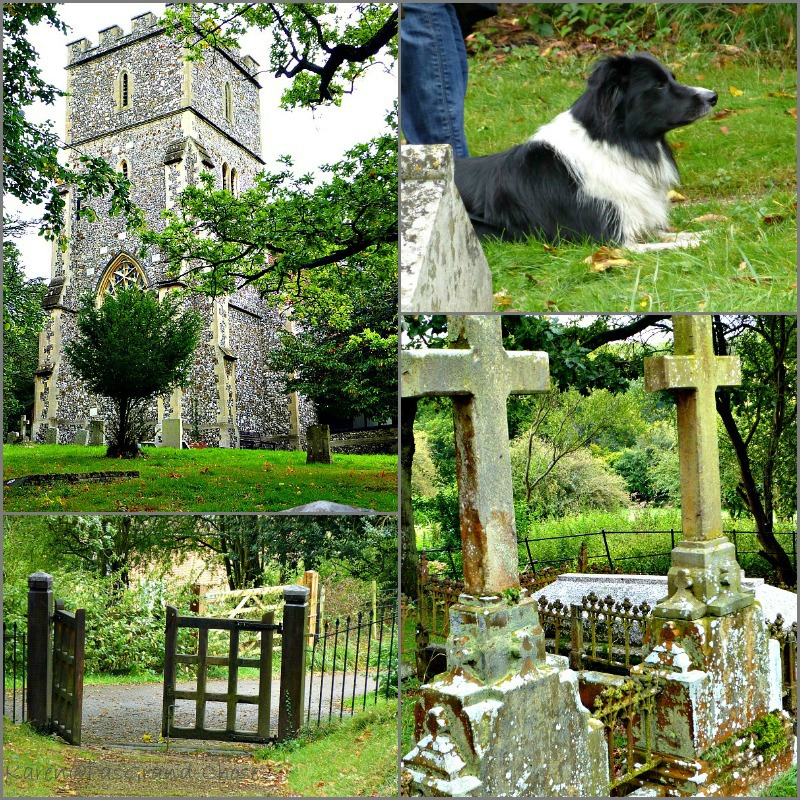 poking around graveyards being a favourite thing of mine to do 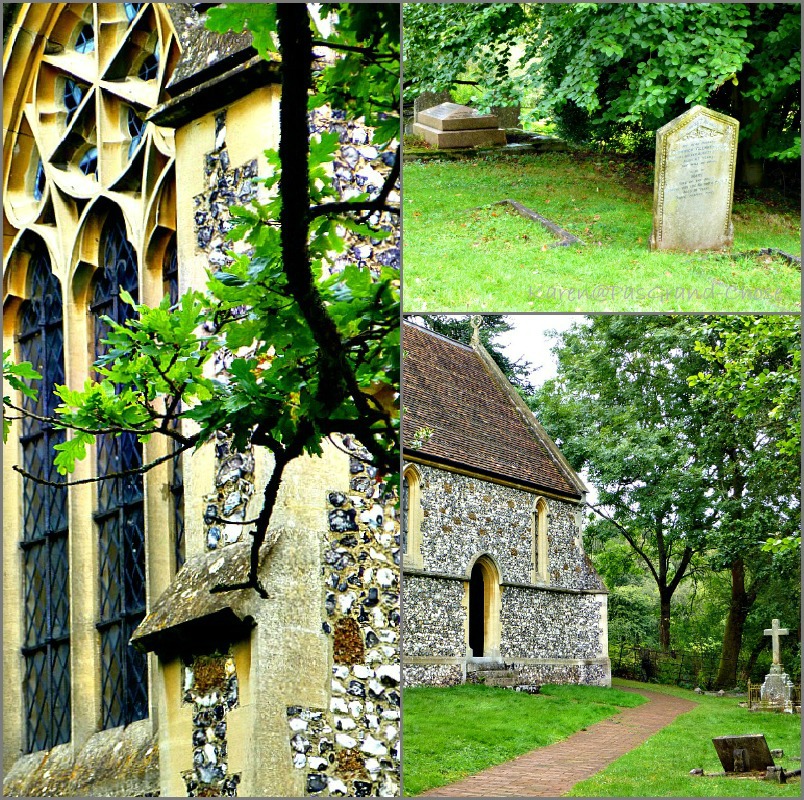 before lunch called, at the village pub ... 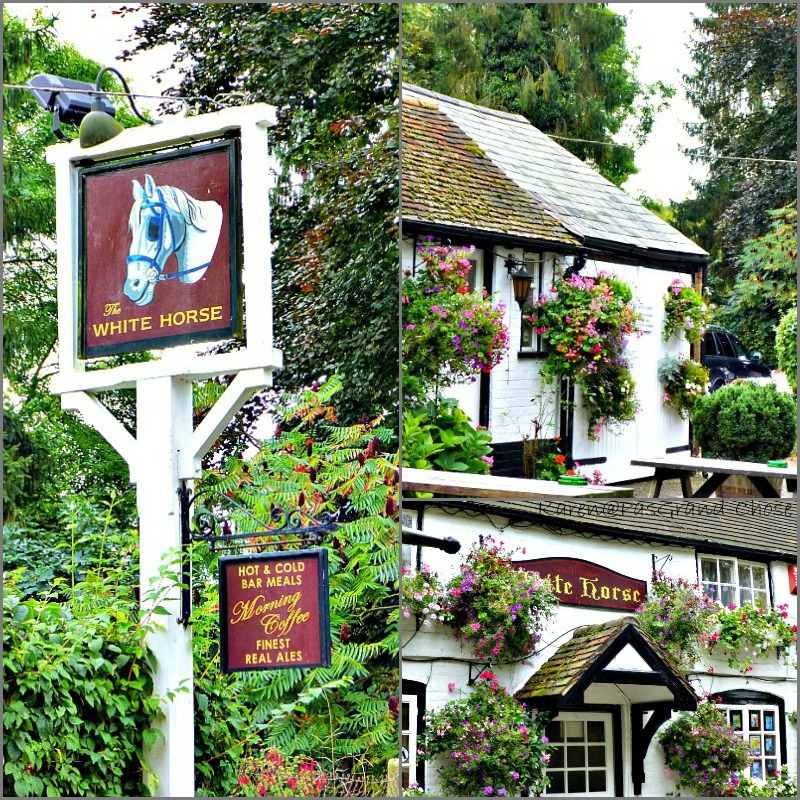 and look, there was Postman Pat - 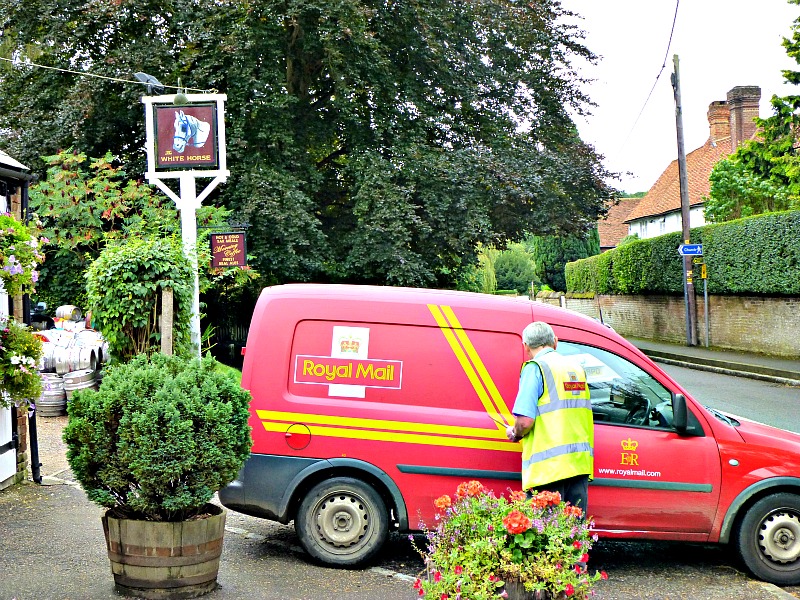 As a footnote: for those who don't know him, slightly simple-minded but adorable Postman Pat, delivering mail come rain, snow or sunshine in his dinky little red van to the residents of Greendale, was a loved character for a generation of tiny tots (including my own) and the Royal Mail's best advertisement ... until 2000 that is, when they dumped their sponsorship of the show, saying that Postman Pat "no longer fitted in with their corporate image"! Shame on the Royal Mail!
I believe in his new life our favourite postman now works for some fictional, anodyne 'Special Delivery Service' and has a fleet of vehicles including a helicopter, but I cannot verify this personally, as I'm too outraged by the notion to go and check it out :) Here's the original, from 1981 ...