Boats, turtles and an ancient river

The Dalyan river flows from Lake Köycegiz in south-west Turkey down to the Mediterranean sea ... 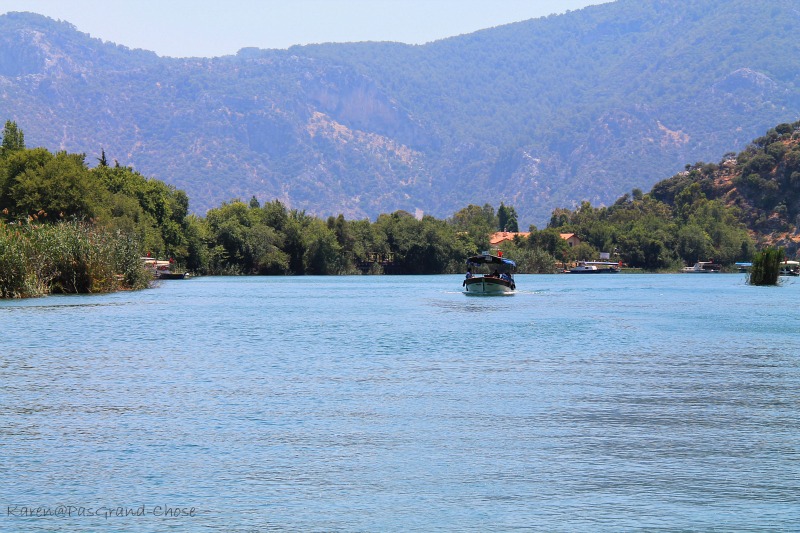 If, like me, you like knowing the bigger picture, A marks the spot - the Dalyan delta on the Anatolian coast - where it flows out into the Aegean. With Syria and Iraq, just off the map to the right, these areas were pretty much the cradle of Western civilization. 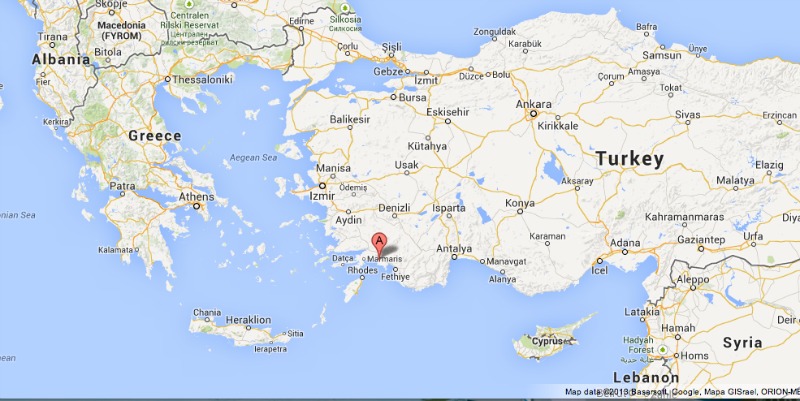 Our 21st century river pilot was the divine Captain Mehmet, who entertained us with stories about the region while ferrying us smoothly downstream. 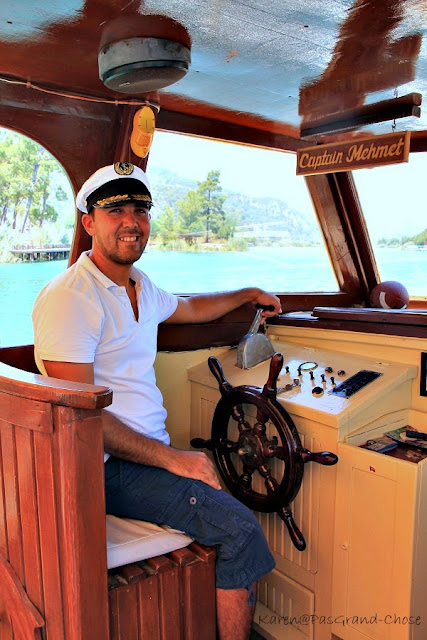 Mehmet trained to be a teacher but left the classroom for a boat and this life on the river - and who could blame him ... 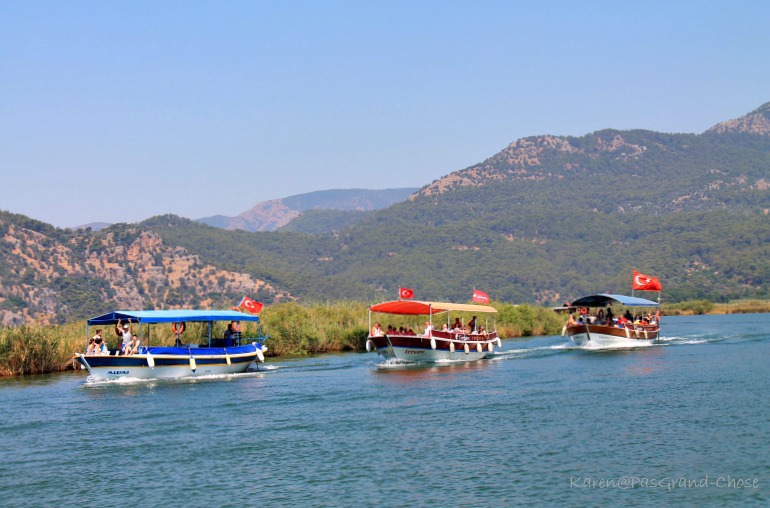 Mehmet gave us a close-up view of these extraordinary Lycian tombs, visible only from the river, that were carved into the stony cliff face around the 4th century BC. 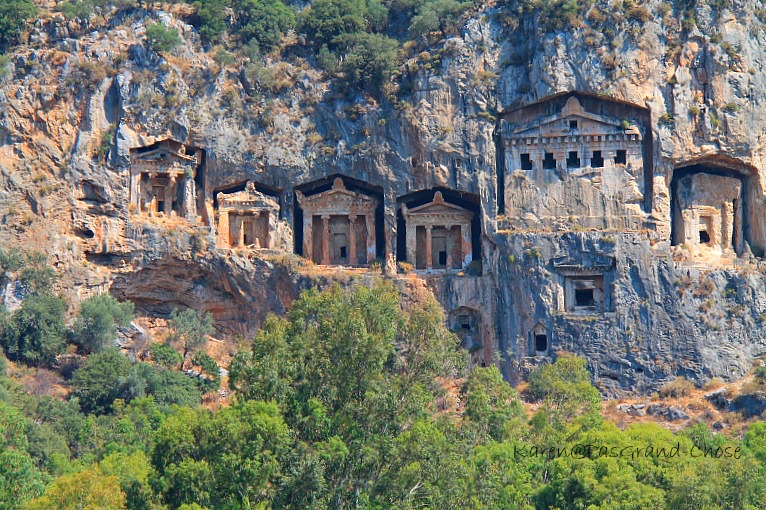 The Lycians, who also developed one of the earliest democracies, apparently believed that the souls of the dead would be transported to the afterworld by winged creatures, and so built their tombs along the coast and on high cliffs.

The largest, as you can see, is unfinished - were they interrupted by invading civilizations maybe? The Persians, Greeks and Romans all had their day here. 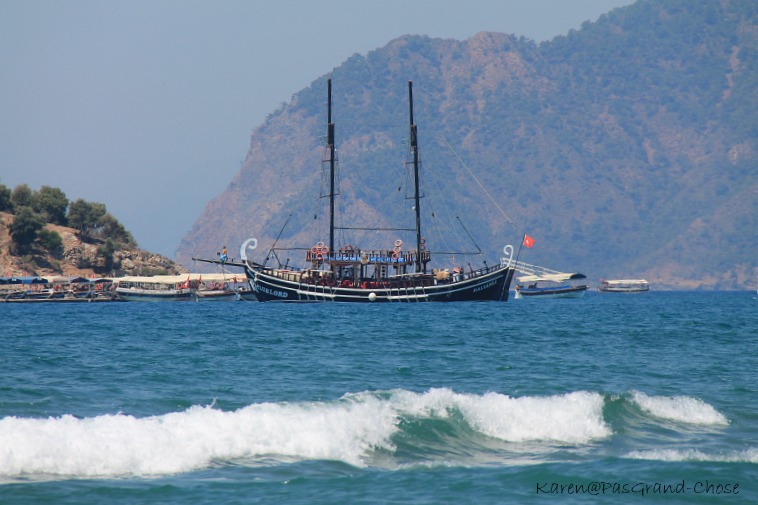 Not much further on is where the Dalyan river meets the sea, at Iztuzu beach, which happens to be a breeding ground for loggerhead sea turtles.

We pulled up alongside a group of colourful boats to watch and wait, while crabs were dipped into the sea as live bait to encourage these shy giant creatures to the surface ... 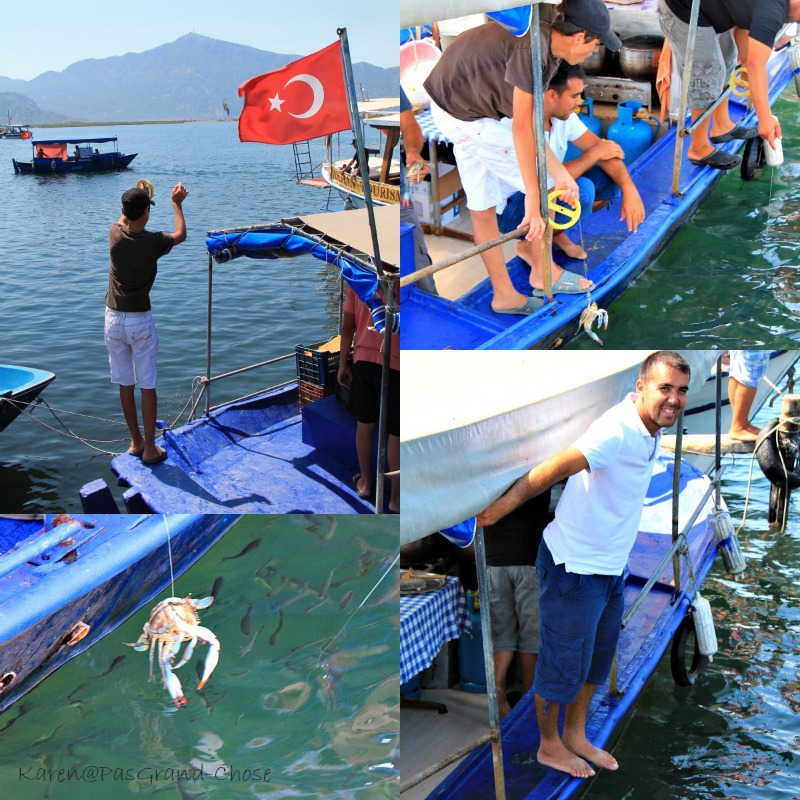 And voilà, they appeared - these magnificent pre-historic creatures have been around for an amazing 40 million years, which rather puts the human history of this ancient region into perspective. 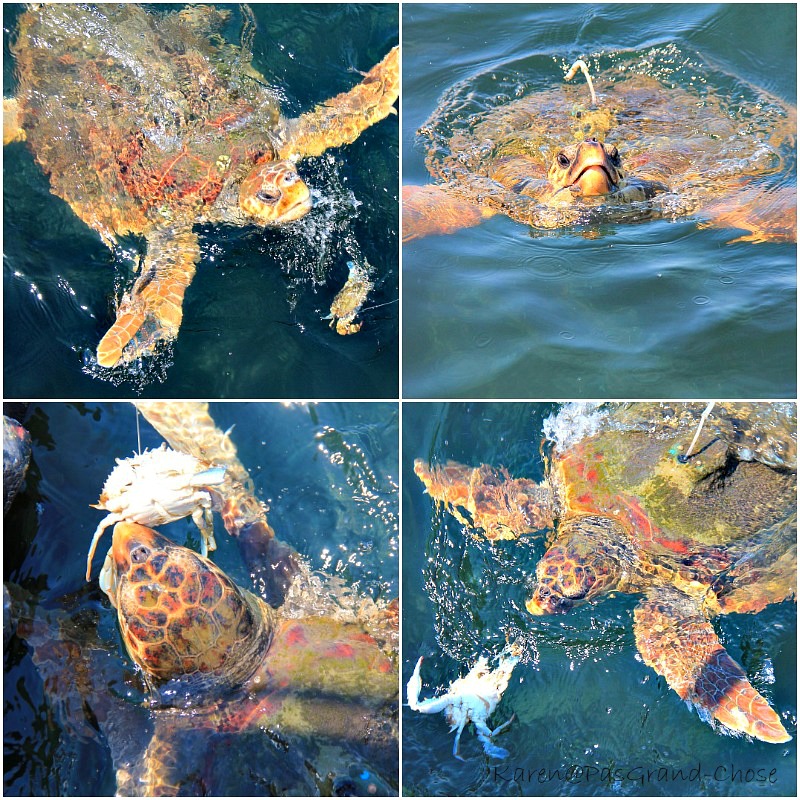 The attachments you see on the turtles' shells are tracking devices.

A crab probably qualifies as a pre-lunch amuse-bouche, considering that the largest of these creatures weigh in at 450 kg (1000 lbs).

Sadly, they are an endangered species worldwide. But here's a story with a happy outcome ... 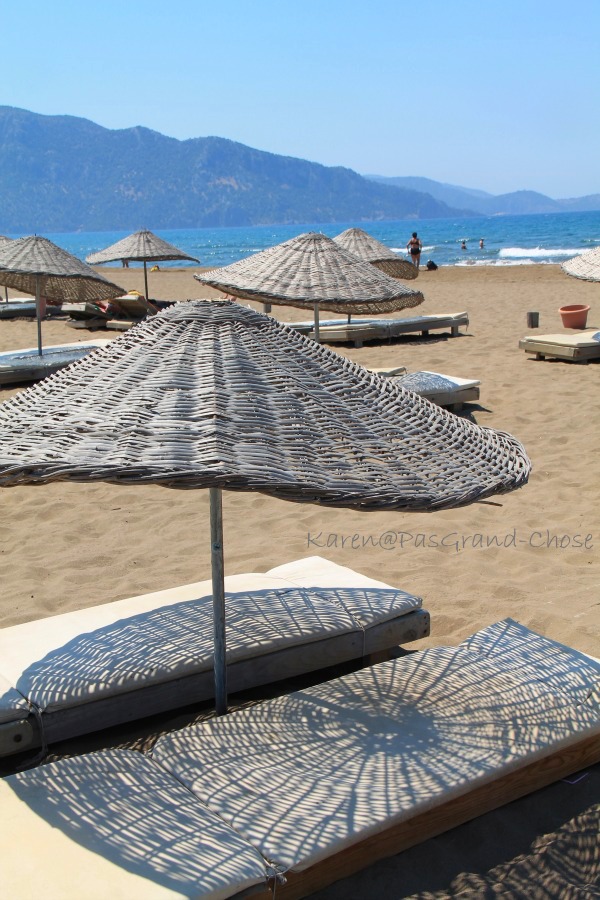 Right here at Iztuzu beach, in the late 1980s, developers muscled in with plans to build a luxury resort on the turtles' breeding ground. Not surprising, considering its natural beauty. But conservationists raised an international storm and after a year-long battle, Prince Philip, Duke of E., stepped in (it seems he has some uses after all) and negotiated a moratorium with the prime minister of Turkey.

The area is now a protected conservation site ... a fact that made my girls very happy indeed ... 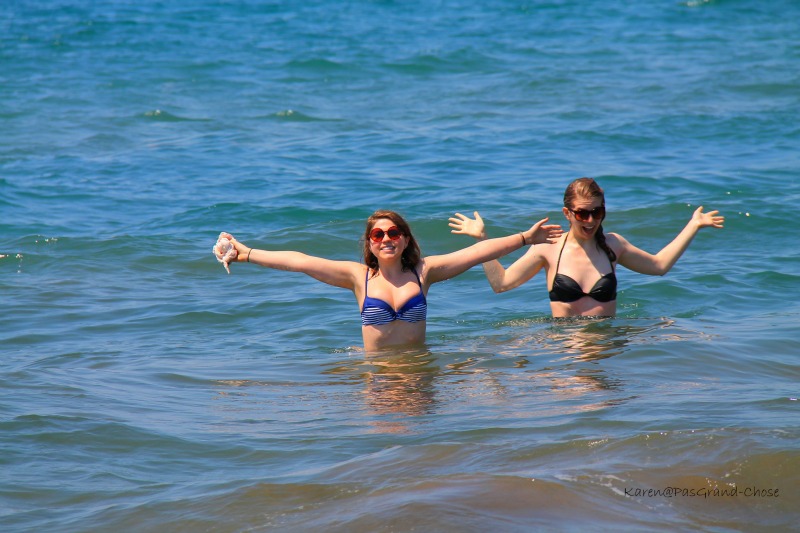 And more treats were in store for us, as Captain M revealed his very competent cooking skills ... while we swam in the cool clean water, he grilled fresh fish (sea bream, mullet and bass all swim upstream here) on a tiny barbecue hung off the back of the boat and rustled up some amazing mezze and salads. 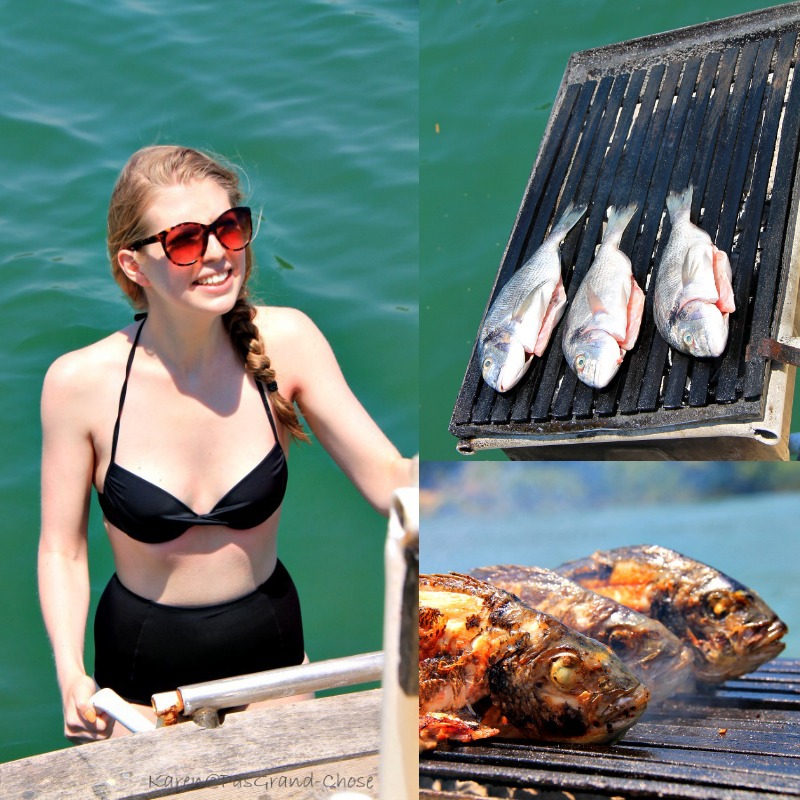 Finally, chugging back up the river, we paid a visit to the communal mud-baths (this region is volcanic with natural thermal springs) that 'guarantee' to take ten years off one's age ... what can I say, I am a sucker for cheap promises.

Not quite the spa experience I'd hoped for (think river mud and an overpowering stench of sulphur), it did at least offer some comedy. Ten years younger? I wish. 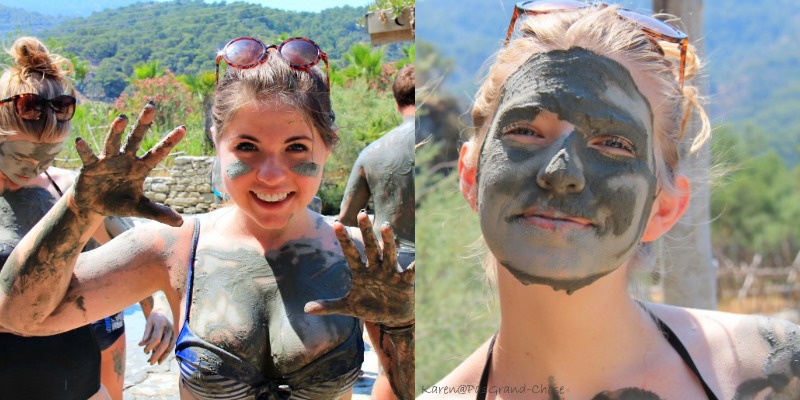 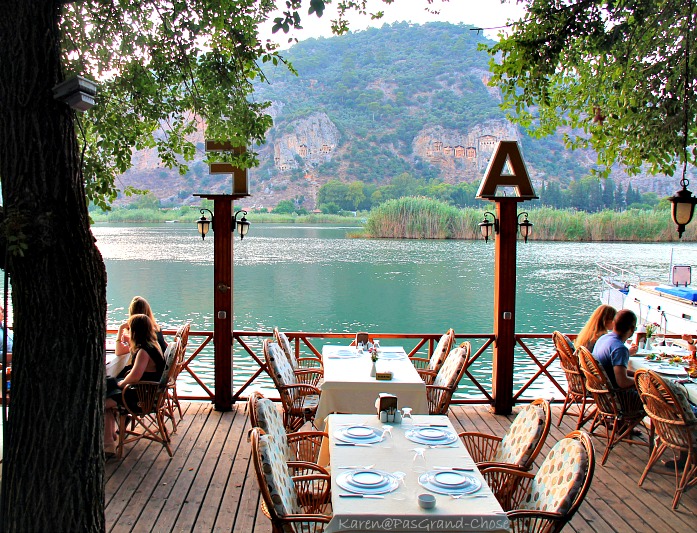 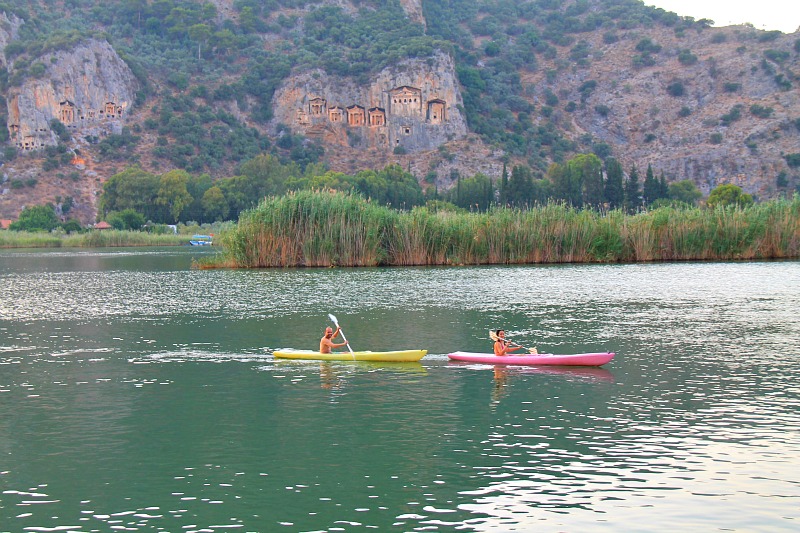 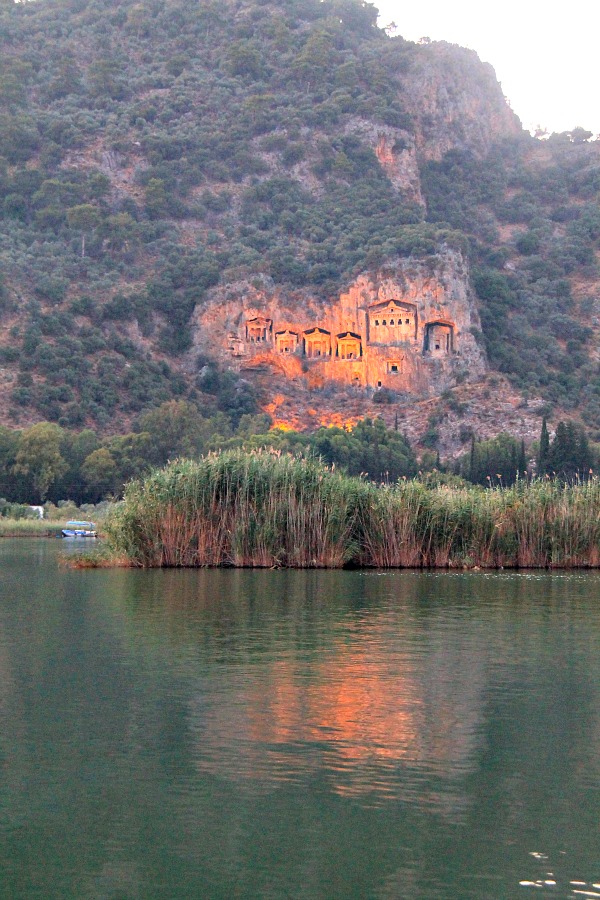