Trolls in the Alps

High in the Italian Alps a chairlift is an altogether different experience outside of the skiing season. 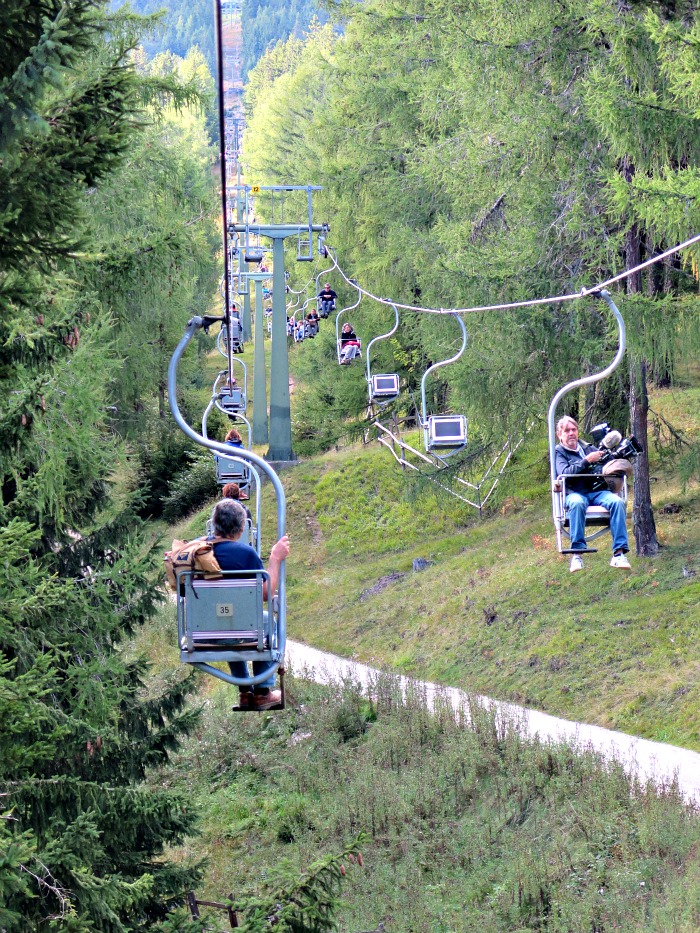 Having already taken a cable-car to a dizzying height (below) to reach the base point of the sessellift, it seems incredible to be going higher still. 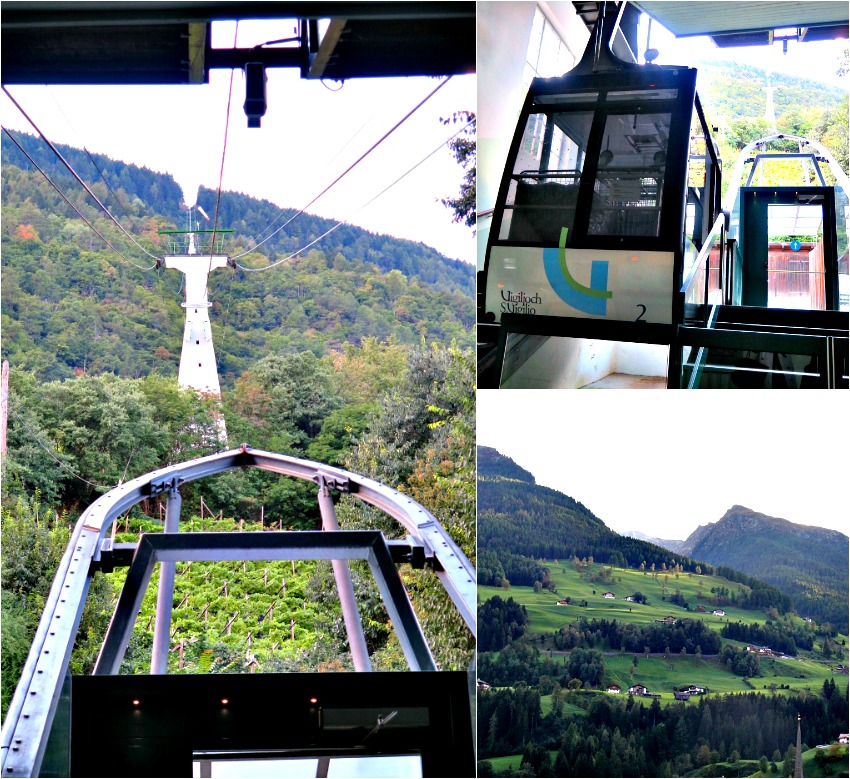 But the views from above the tree-tops are pretty spectacular and I much prefer this mode of fresh-air transport to being in an enclosed bubble. 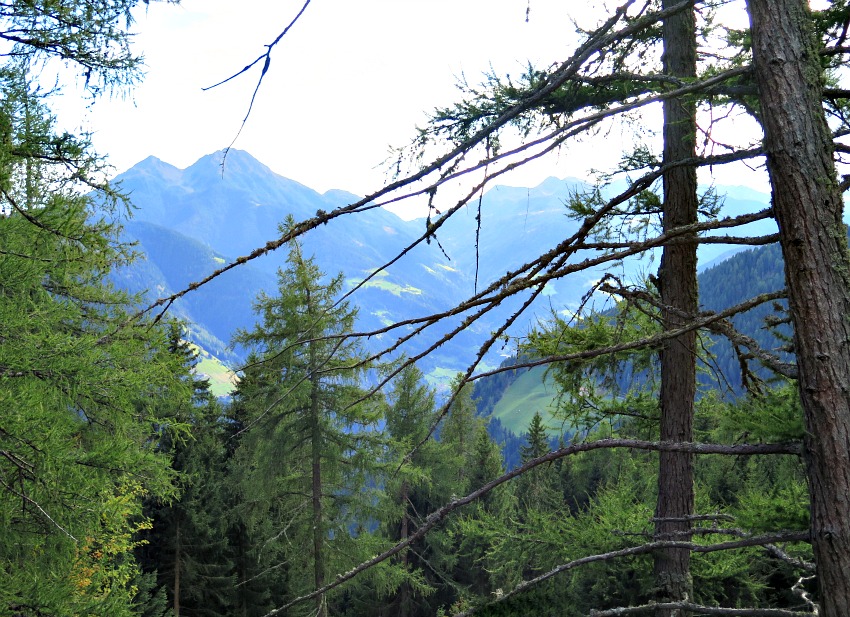 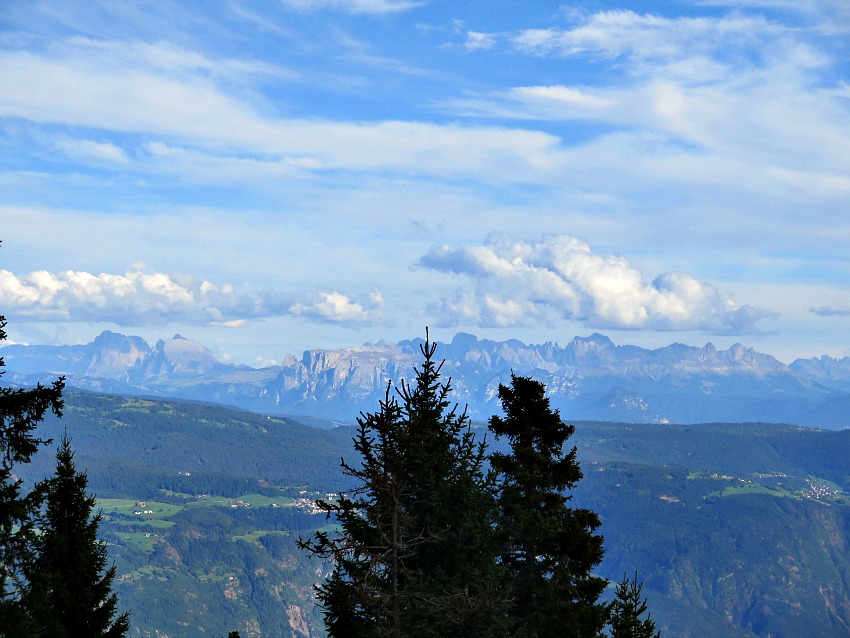 Some odd things start to happen as I float gently upwards suspended from a wire. The pure silence you get on mountain peaks is penetrated by the sounds of eerie music,

while down below, some not quite normal-looking people appear, dotted around in the forest under the chairlift's path. They turn out to be trolls. A fact that surprises me but not the Alpine cows who seem unmoved by the sight of these strange folks. 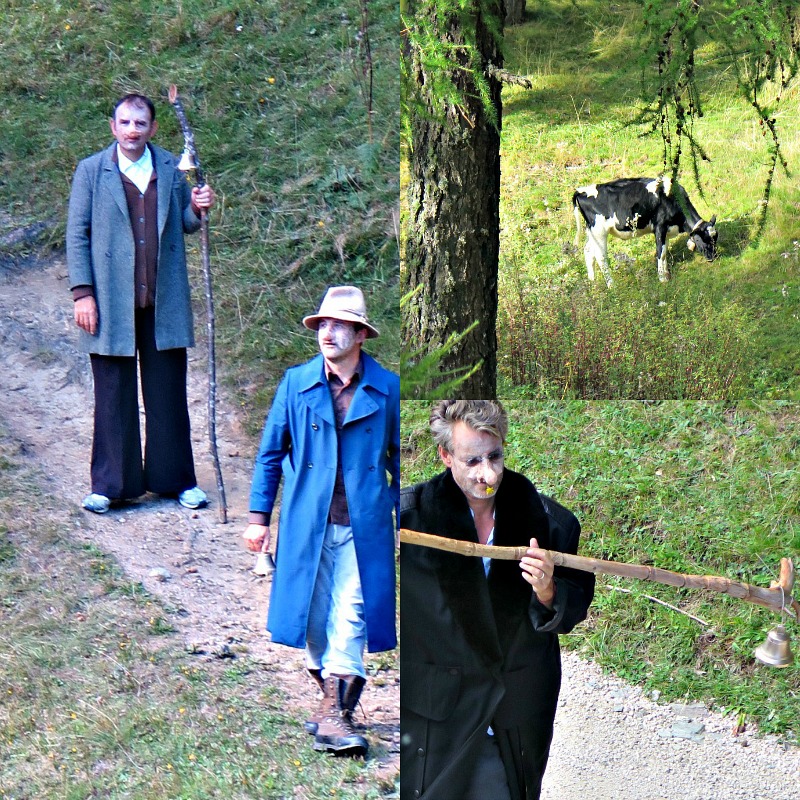 Some are playing traditional instruments 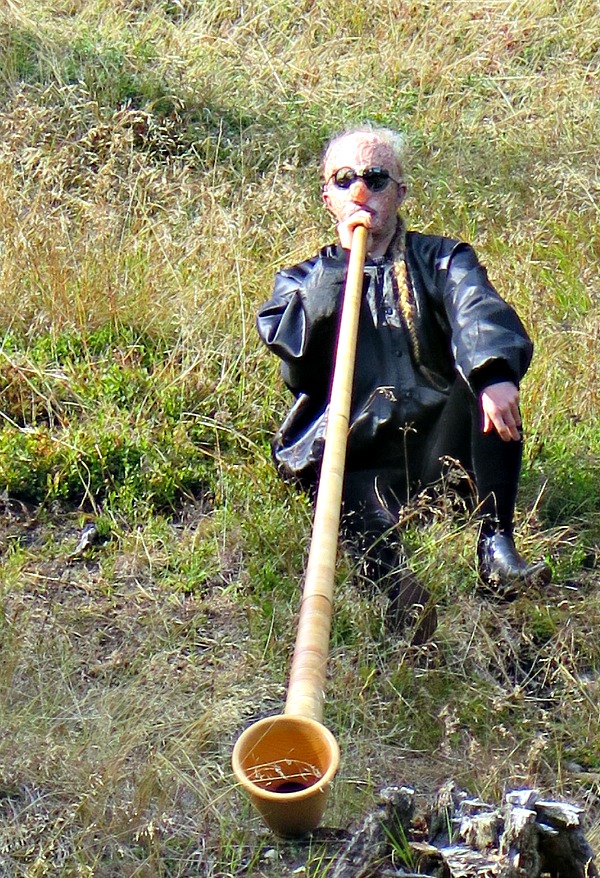 and soon they begin to seem perfectly natural in these surroundings. 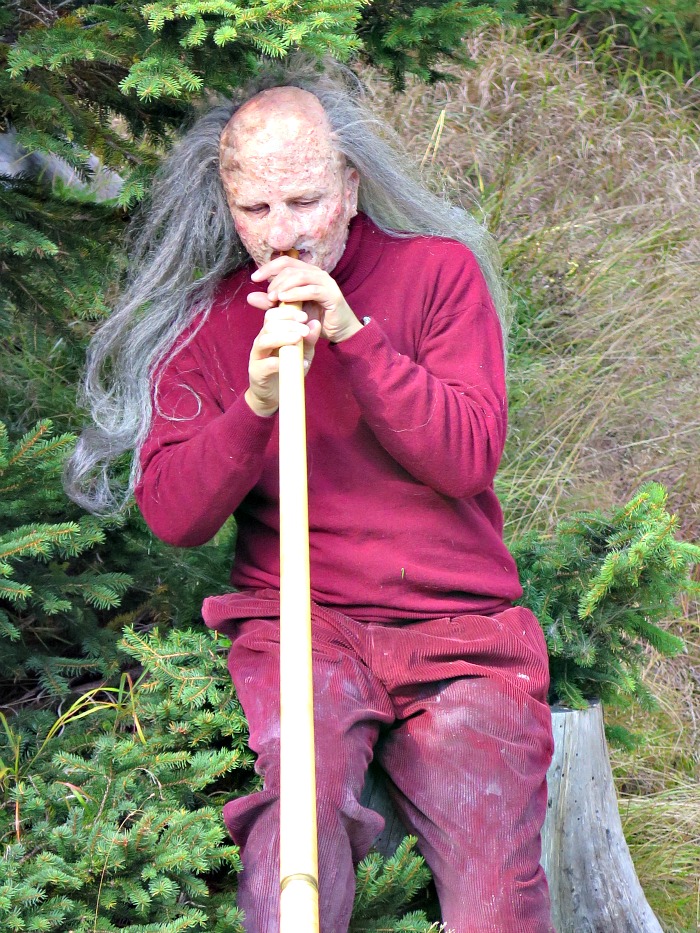 Even some of my fellow-travellers-in-space are trolls, friendly types who smile without speaking 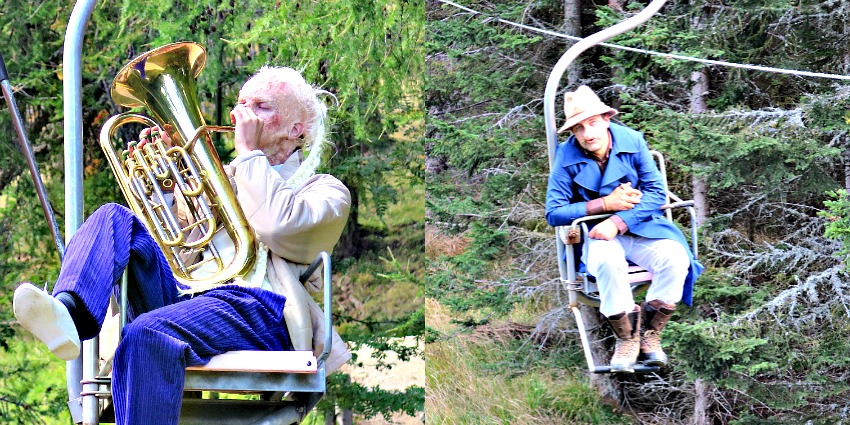 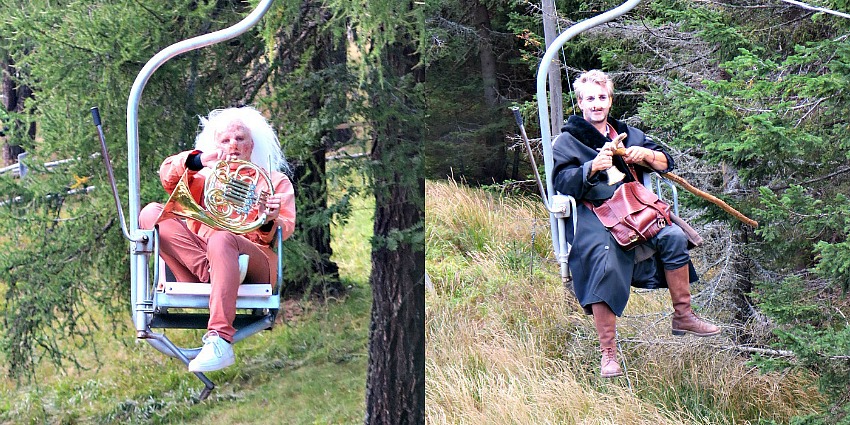 (this one hanging precariously from a tree; I worried about her) 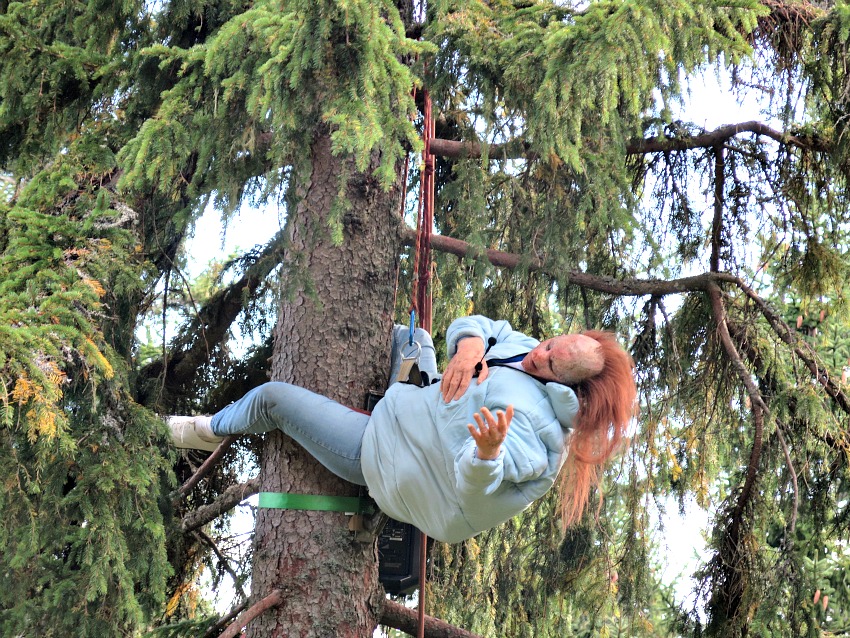 Our trolls turn out to be a Norwegian (what else!) group of travelling artists, bringing the traditional music of the area alive, in an unusual and unforgettable performance. 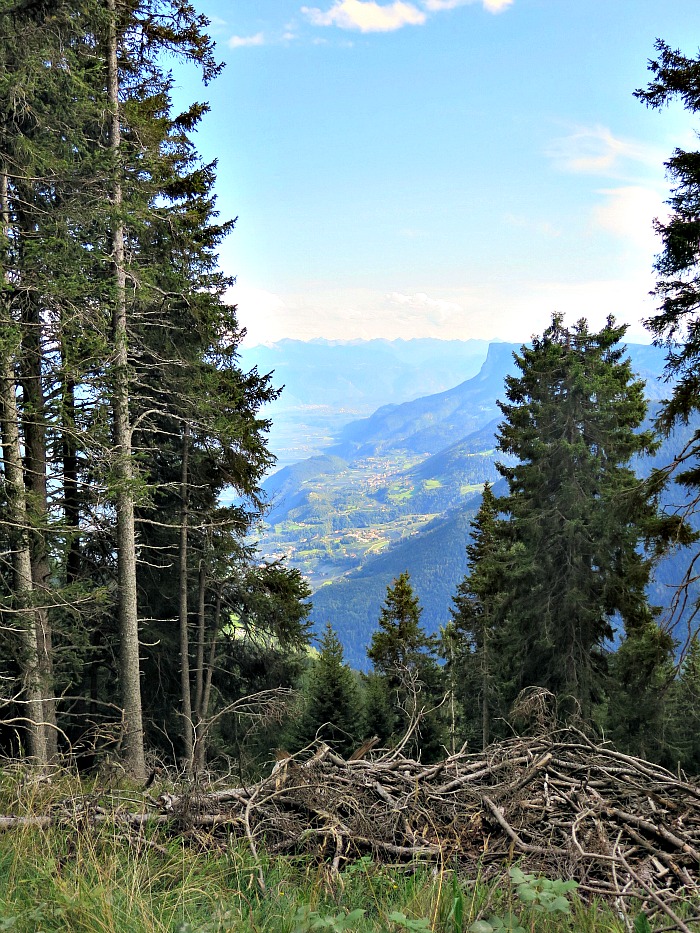 Hopping off at the top, there are hiking trails to be followed in crisp, cold (and thin at nearly 2000 metres) mountain air ... Alpine donkeys and a tiny church perched at the highest point (whoever comes here? I wondered). 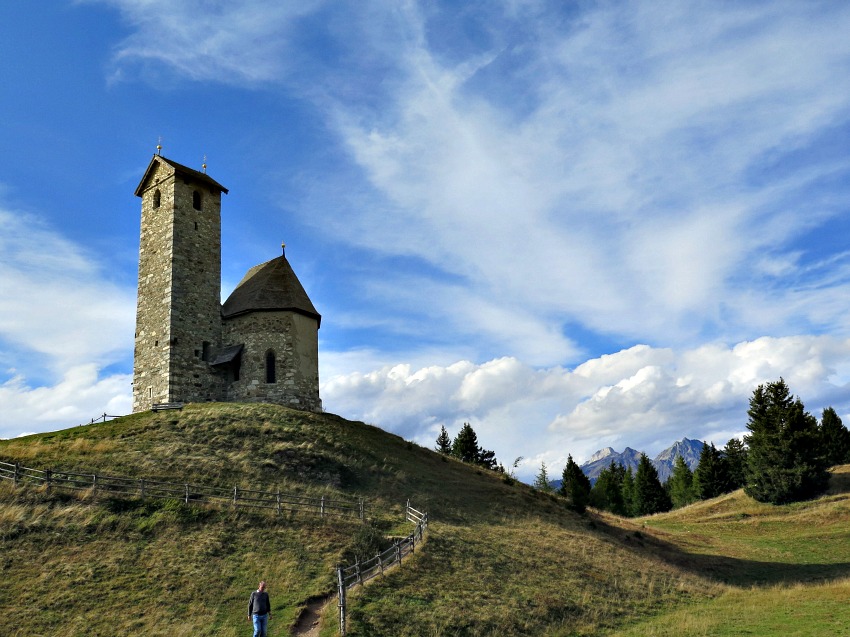 Then some hours later the ride back down 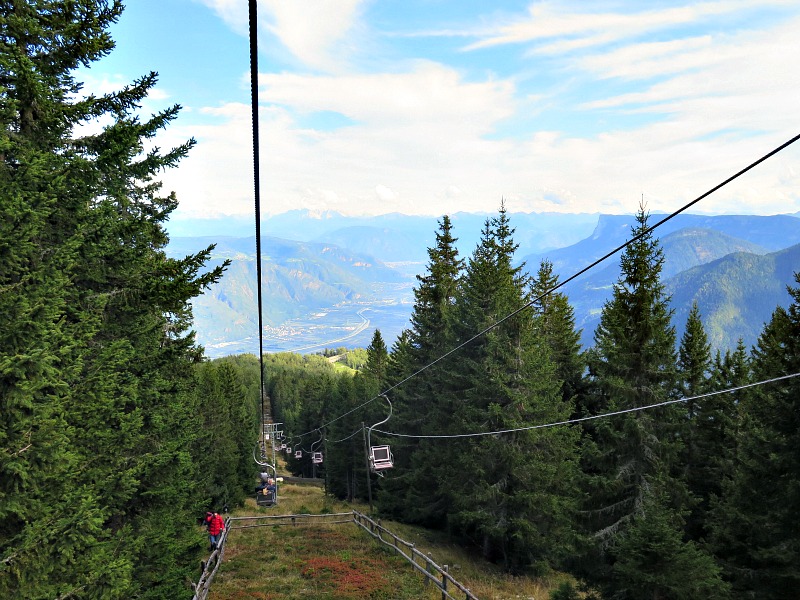 past a picture-perfect chalet. 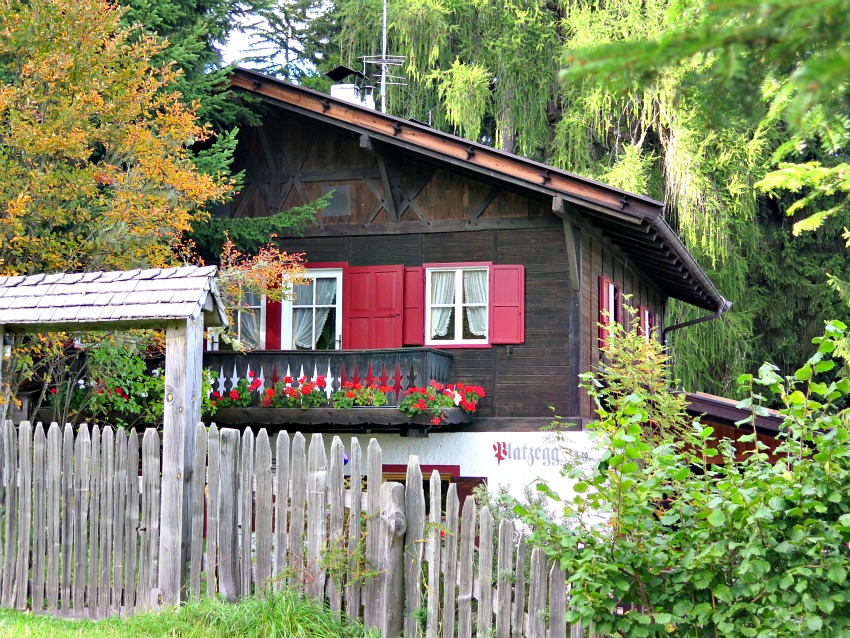 From the cable car going further down still, the lush valleys of the South Tyrol filled with vineyards and fruit orchards extend behind the window reflections 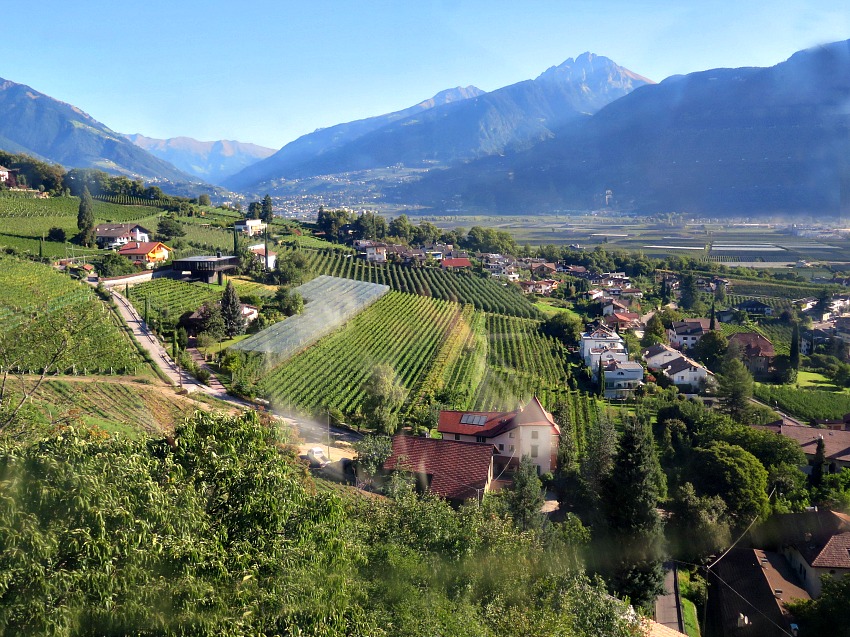 And then it was time to hit the road north to Innsbruck ... 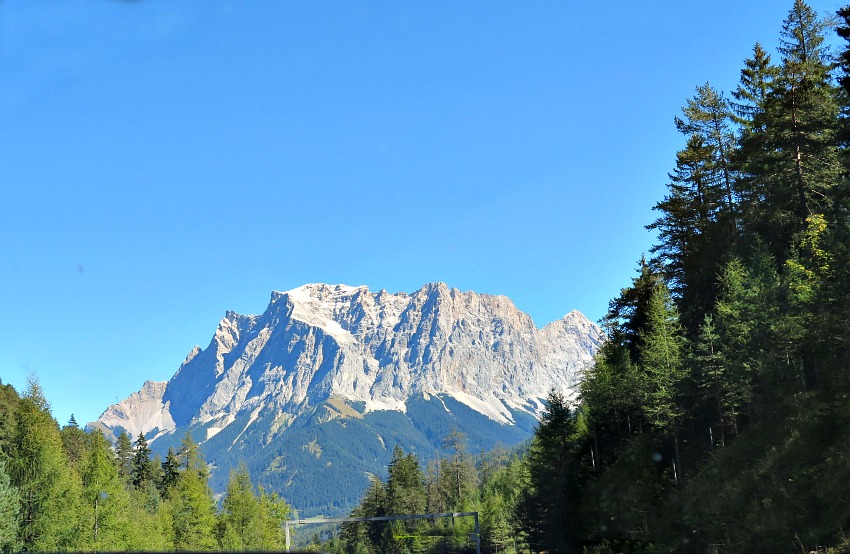 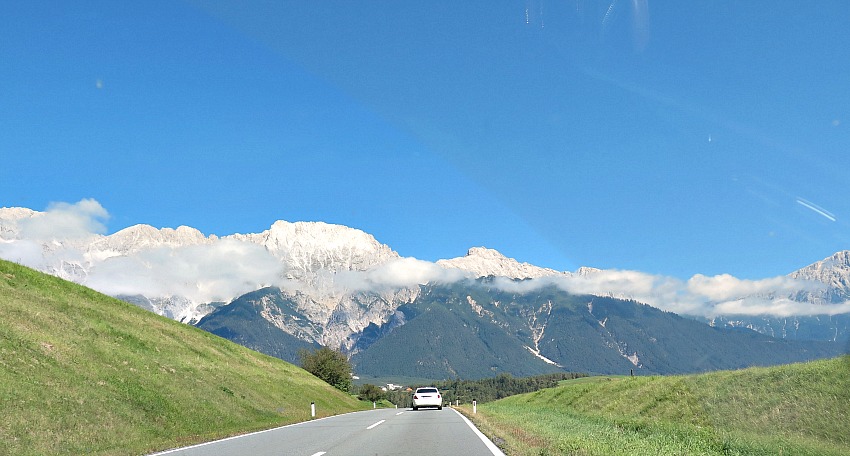