Of the Mitte and Merkel

Travelling to Berlin a few weeks ago for a conference - my first time in this city - the first surprise, making my way from airport to hotel to conference venue, was the sheer, overwhelming size of it. Berlin, I later read, is eight times the size of Paris! 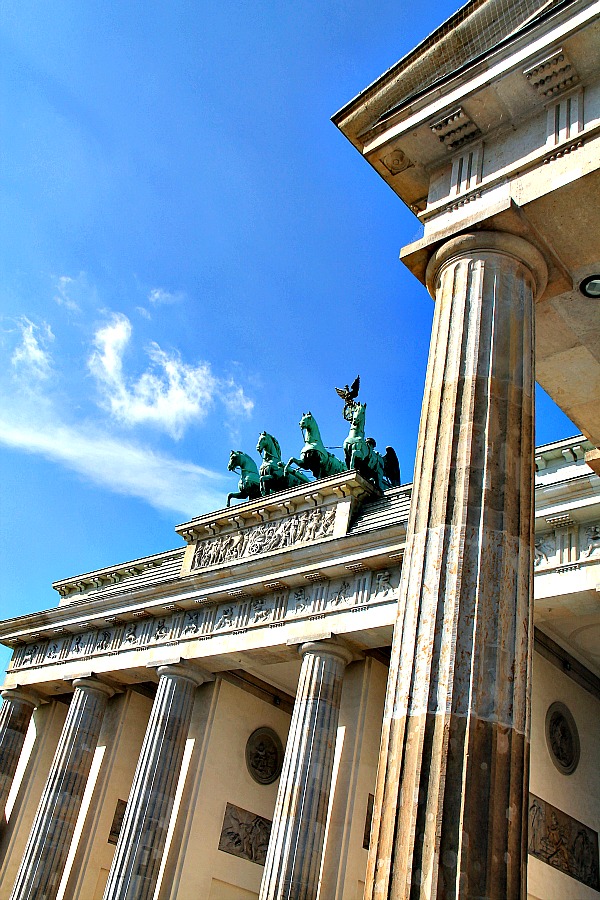 Close-up view of the Brandenburg Gate

Another first-day discovery was the extent to which the cityscape is relieved by huge green spaces. One third of this vast and sprawling city is made up of woodland, parks, green spaces and waterways. 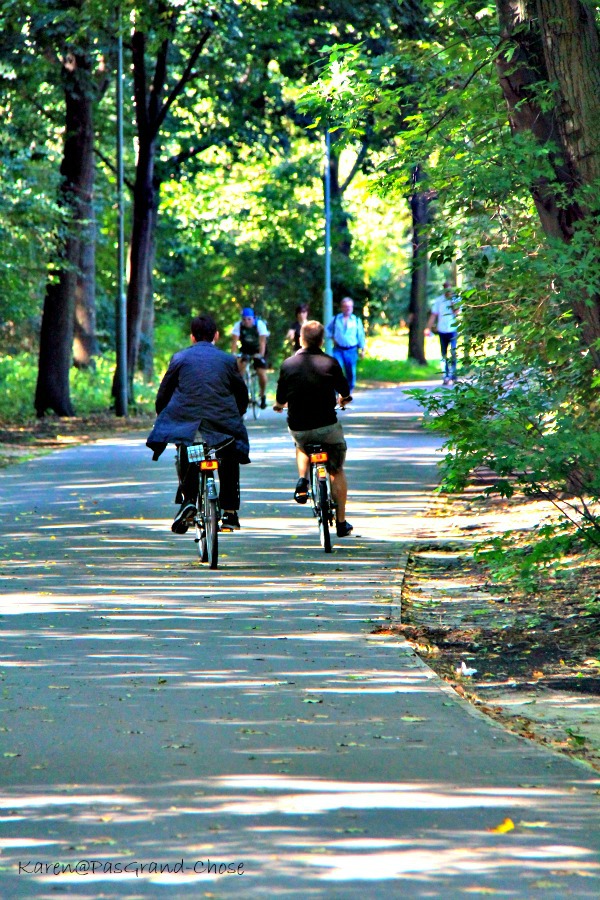 In late August, Berliners were making full use of these, riding everywhere on bicycles, while the streets were surprisingly empty of cars. 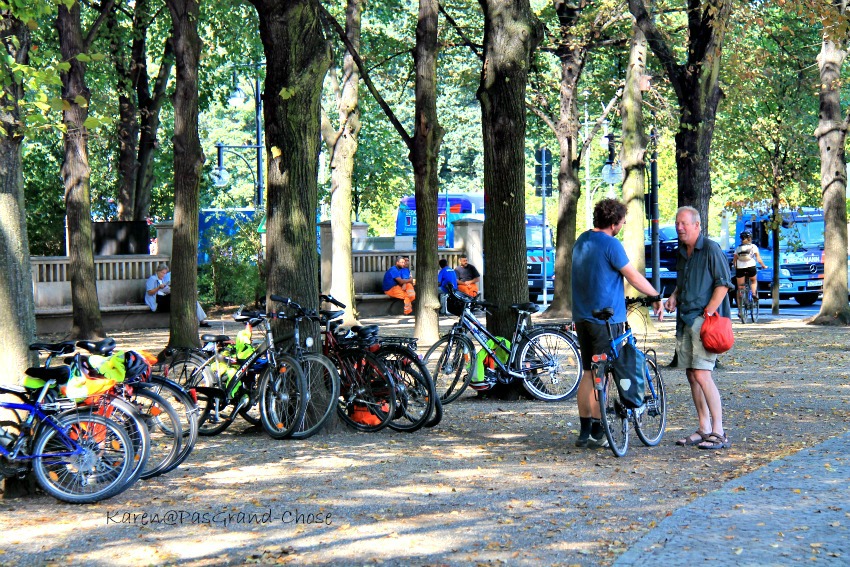 In Berlin's biggest park, the Tiergarten, it's hard to believe here that you're in the middle of a huge city, and to remember that during the war the Tiergarten was completely destroyed by bombs and its trees stripped for fuel by people desperate to heat their homes. 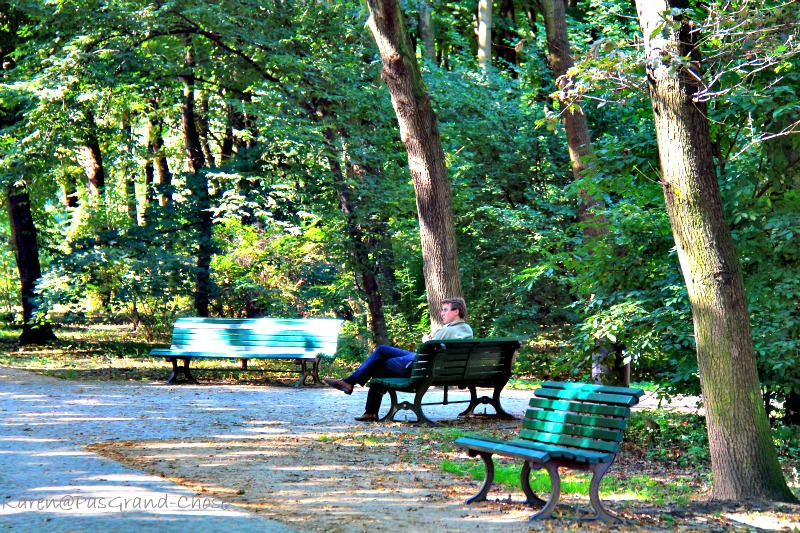 In full green leaf, it was a beautiful place to wander around and get lost, I thought, but I had too little time and too many sights I wanted to take in around this area. Unter den Linden (under the Linden trees) is the wide, tree-lined boulevard that runs from east to west, from the Brandenburg Gate through to the Mitte (city centre) district (Look how few cars mid-week! It was August, but still ...). 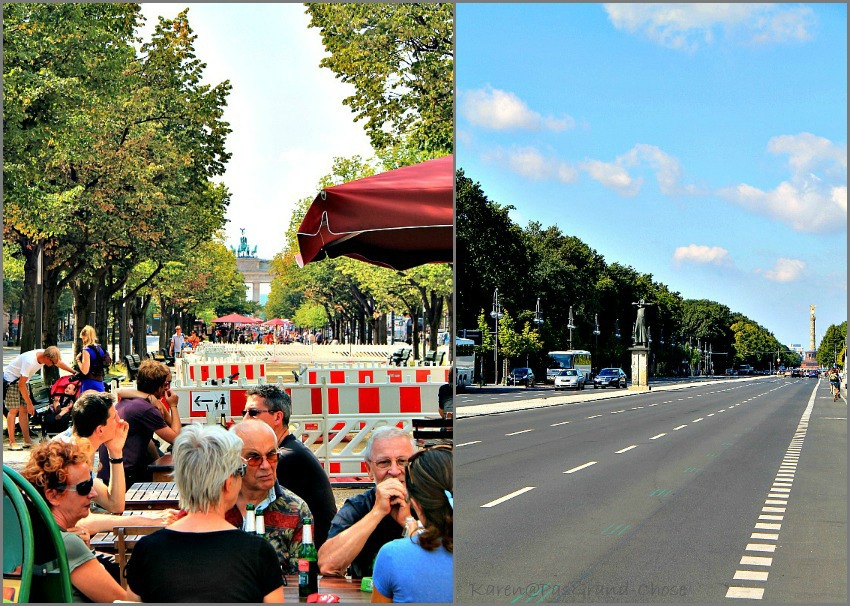 Its continuation, Strasse des 17 Juni (above right, with the Prussian Victory Column at the end) is flanked on either side by the Tiergarten. Like so many other landmarks in Berlin it's seen some turbulent times ... used as a triumphal avenue by the Nazis at the height of their power ... later as a landing strip for planes in the last weeks of World War II ... renamed in 1953 to commemorate the deaths of  East Berlin workers shot by the Red Army and GDR volkspolizei ... site of the Love Parade, a mass musical and political demonstration for peace in the 80s before the Wall came down ... what next? 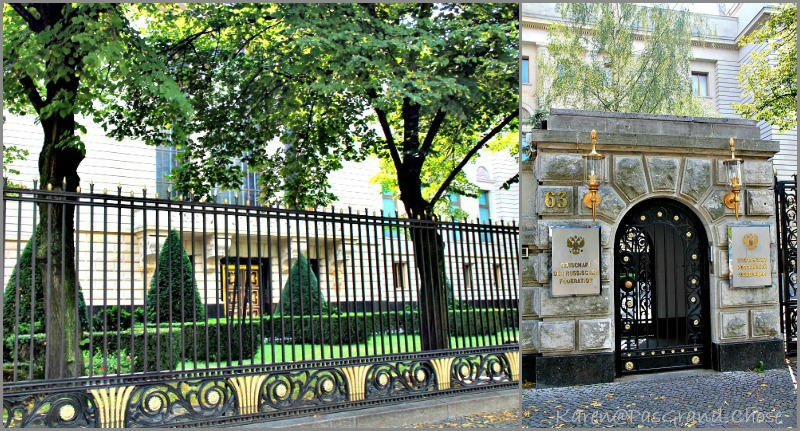 The imposing Russian embassy in a prime location on Unter den Linden is by far the largest embassy building I've ever seen, and a reminder of its former influence

Still in the Mitte, the city's historic core, and around the corner from the Brandenburg Gate, I wandered over to the Reichstag, to see where Europe's superwoman Angela Merkel does daily heroic battle to save the Eurozone. I loved the contrast of the amazing glass dome built directly over the Reichstag's debating chamber (symbolising transparent democracy) with the old building created for the Kaisers surrounding it. (If you look closely you can see people walking around the spiral ramp inside the dome all the way to the top). 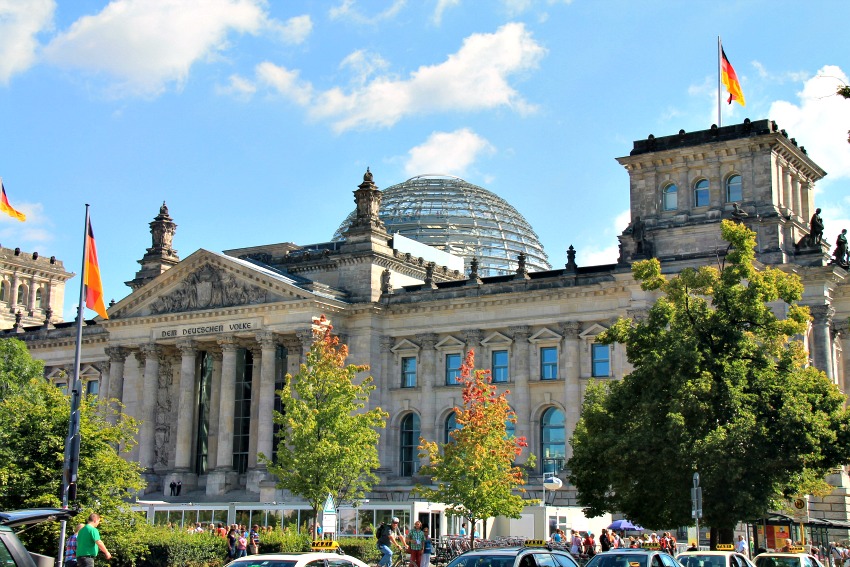 I soon realised that the size of the city makes it impossible to explore on foot alone (unless one has weeks to devote to this), so besides literally wearing my feet out walking, I also became best friends with the sprawling U-bahn (underground) and S-bahn (overground) train network. 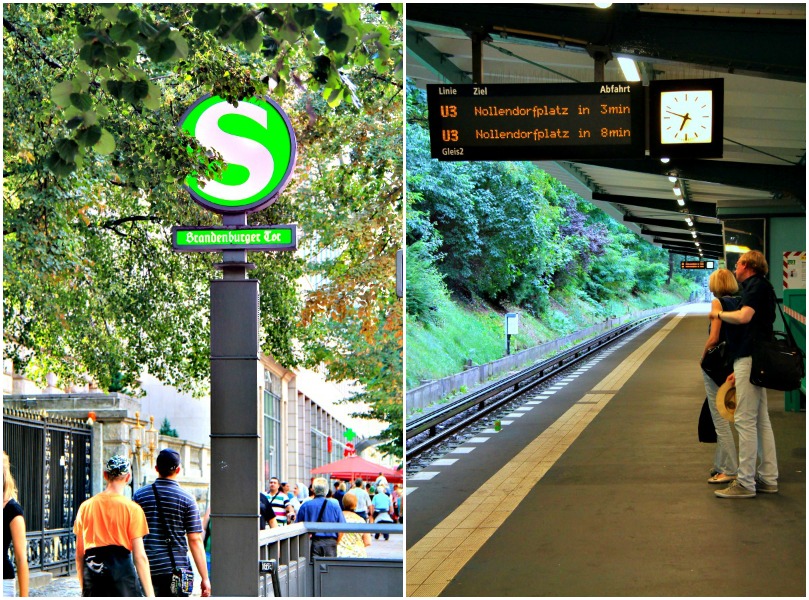 The trains have a decidedly old-fashioned look, in stolid yellow and ox-blood red, but they are extremely clean, totally reliable and punctual (somewhat unlike London's underground!) and a really efficient way of negotiating huge tracts of the city. 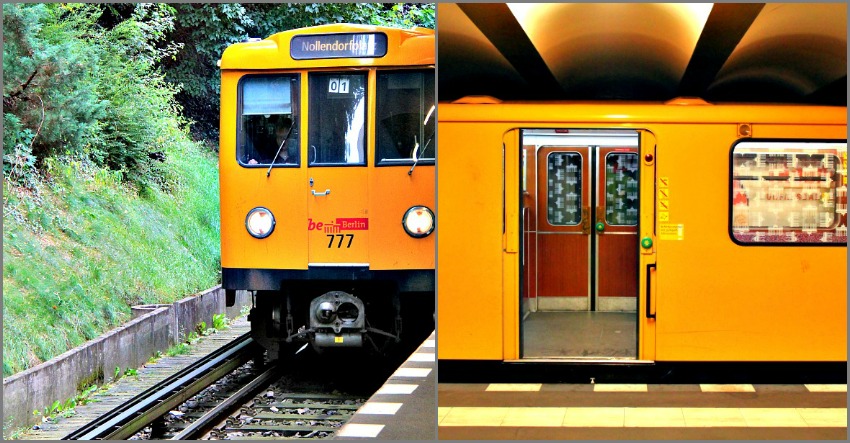 (Also in contrast to London, there are no ticket barriers anywhere. You are supposed to buy tickets at a machine, and I was told spot checks are carried out on trains, but in all the days that I travelled by train I was never asked to show a ticket, making it very easy to travel for free).

There are other ways you might get around of course 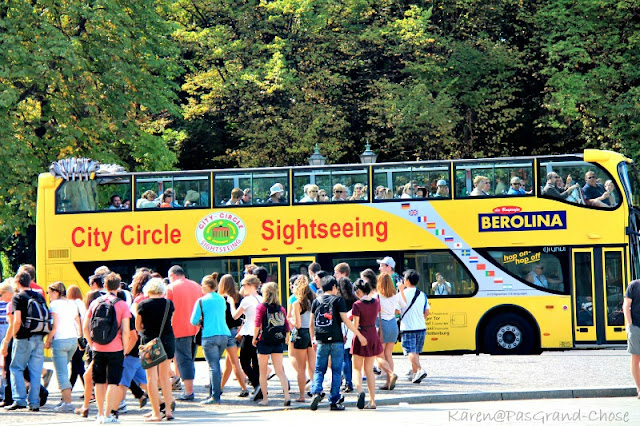 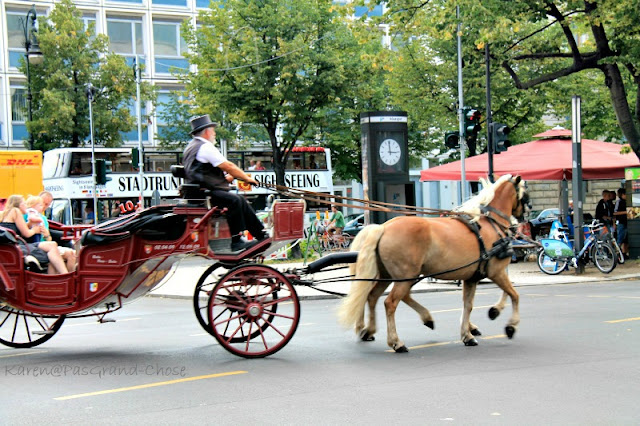 Berliners have clearly wised to the needs of foot-weary tourists and I lost count of the different creative, colourful forms of transport I spotted. 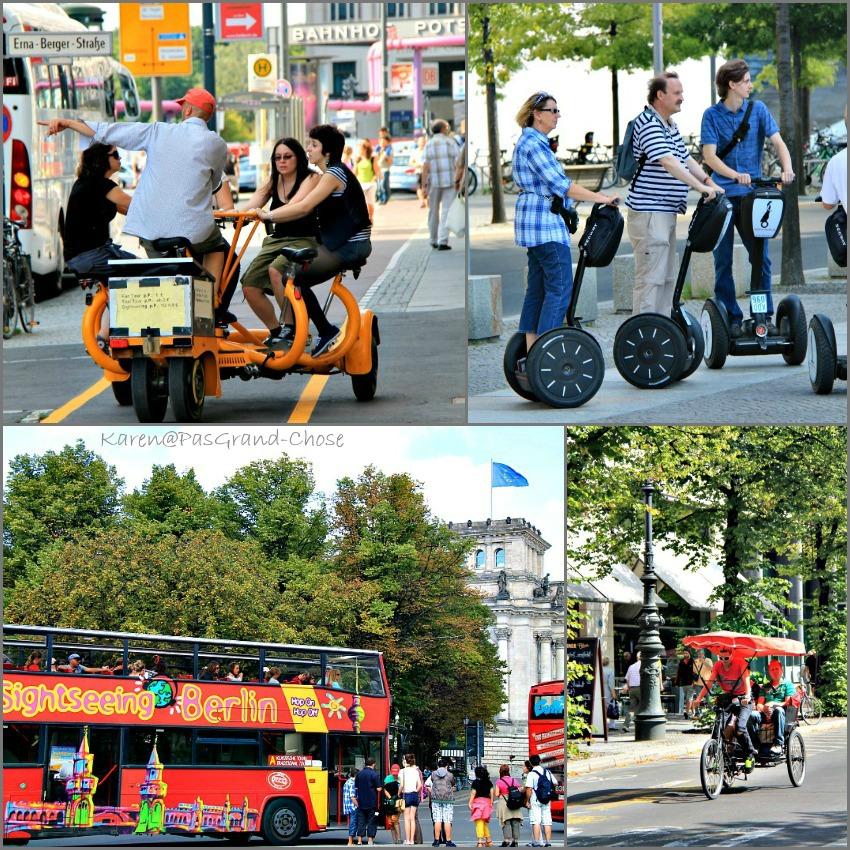 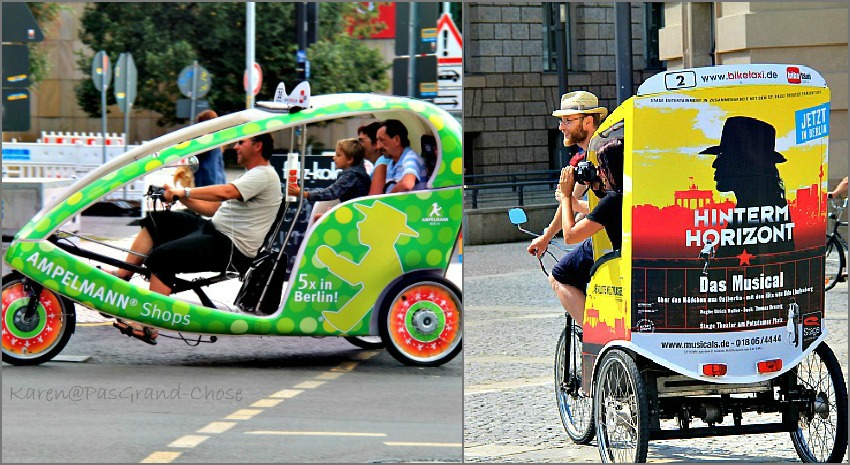 Unfortunately my priority was supposed to be work, so after gawking at the imposing facade on Unter den Linden of Berlin's oldest university, Humboldt - whose alumni feature a mind-boggling collection of intellectuals and famous names, including Hegel, Marx, Engels, Einstein, Max Planck and the Grimm brothers, and from whose library Hitler famously burnt 20,000 books by authors he considered 'degenerates' ...

... I was obliged to navigate my way along the trusty U-bahn ... to emerge many miles and line-changes later at an altogether different and modern university - the Freie Universitat in south-west Berlin - founded during the Cold War as an alternative to the then-Communist-controlled Humboldt.

Scenes from the Sociolinguistics Symposium: Language and the City, August 2012

Berlin beckoned, however, and with so much more to see, you can guess that a few more posts will follow ...