Scenes from towns in the Alentejo in a boiling summer heatwave ... 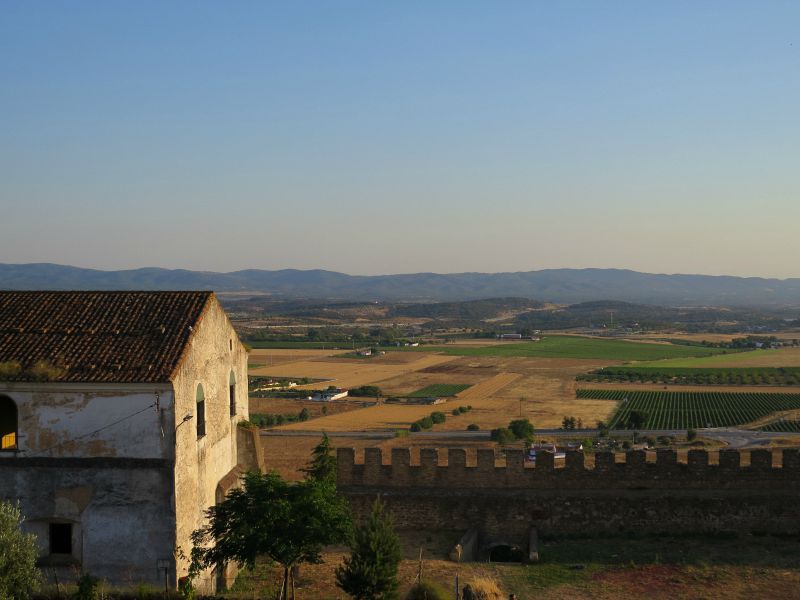 Estremoz, perched on a hillside and topped by a castle, has gorgeous views over Alentejo farmland. 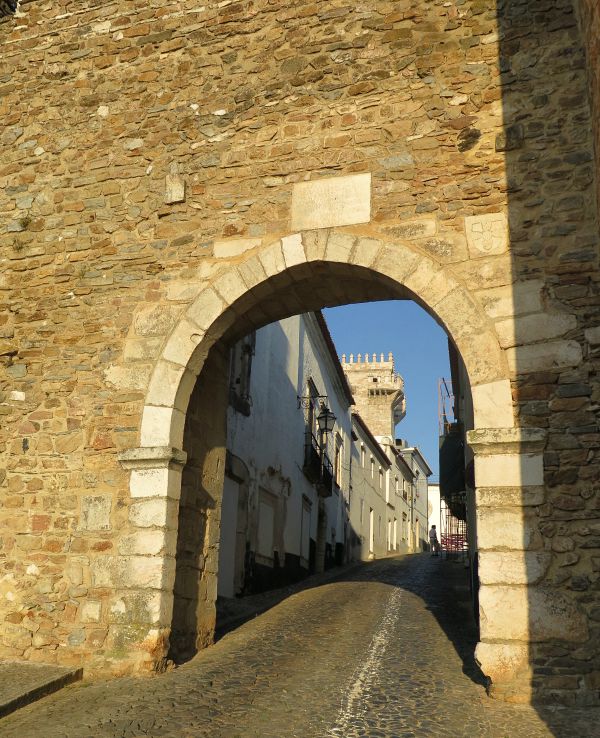 Gateway to the town

Estremoz is famous for the marble that's mined, cut and exported here 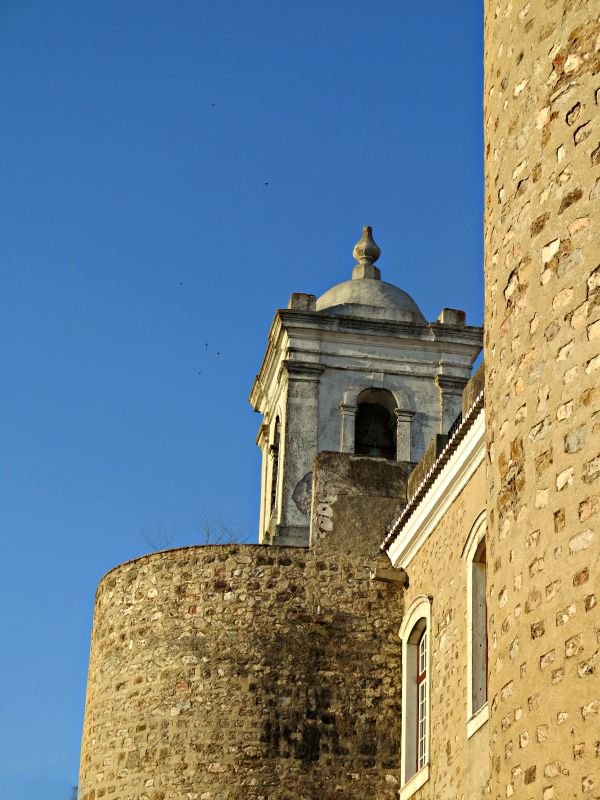 Marble is everywhere in this town - in doorways and gates, even the pavements and cobblestones are made of beautiful pale marble  ... 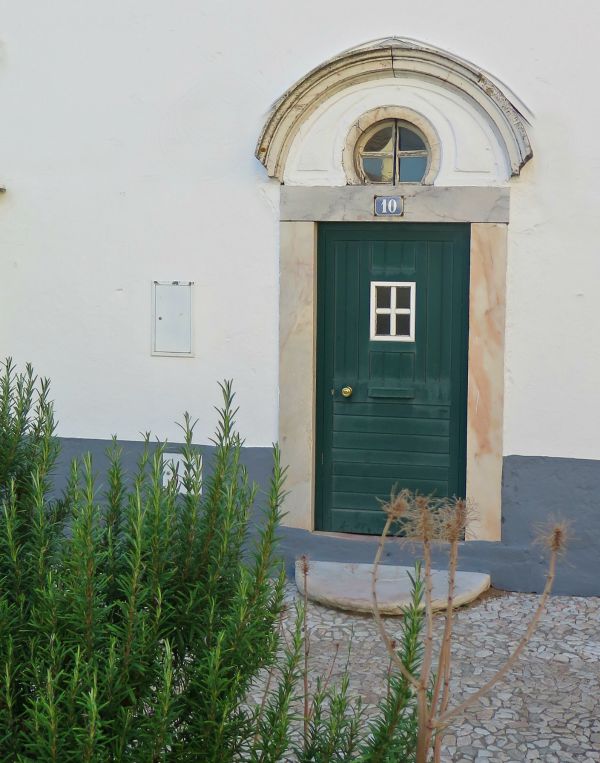 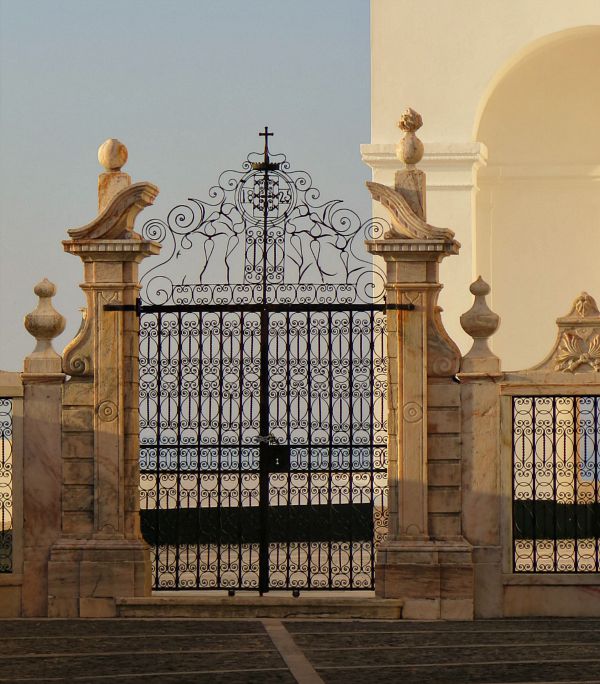 The castle, converted to a pousada, was the palace in the early 14th century of King Dinis, whose main claim to fame was his wife, Isabel of Aragon. 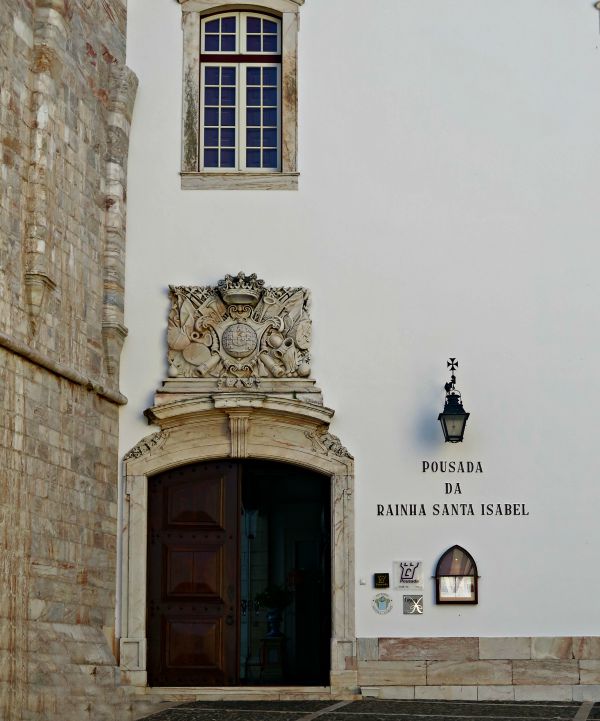 Isabel was canonised after her death, making her not only Rainha but Santa Isabel, for devoting her life to the poor and miraculously turning bread (hidden in her voluminous skirts) into roses when confronted by the angry king (not so keen on feeding the poor).

She stands here (in white marble of course) watching over the Alentejo plains. 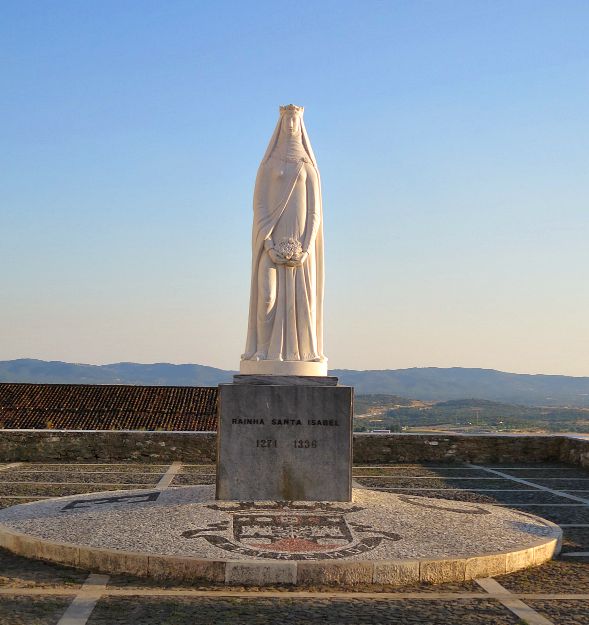 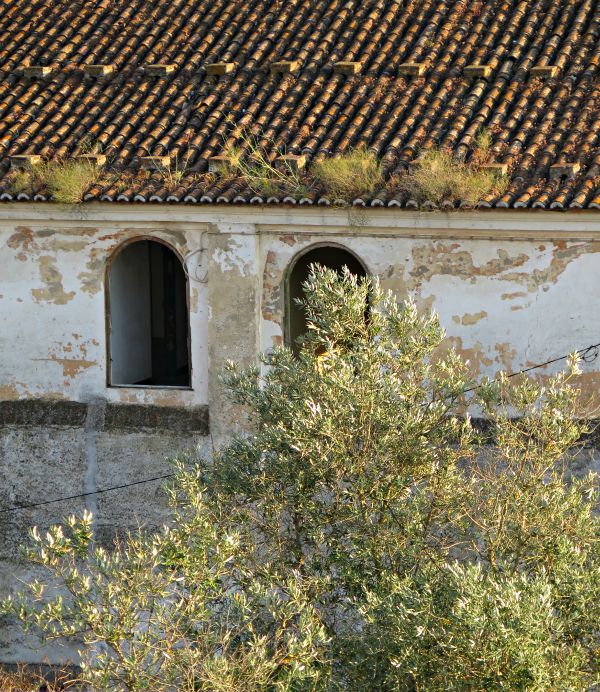 At A Cadeia, the town's old jail turned into a restaurant, we had drinks on the roof terrace and watched the sun set over the plains, glad of an end to the intense heat of the day. 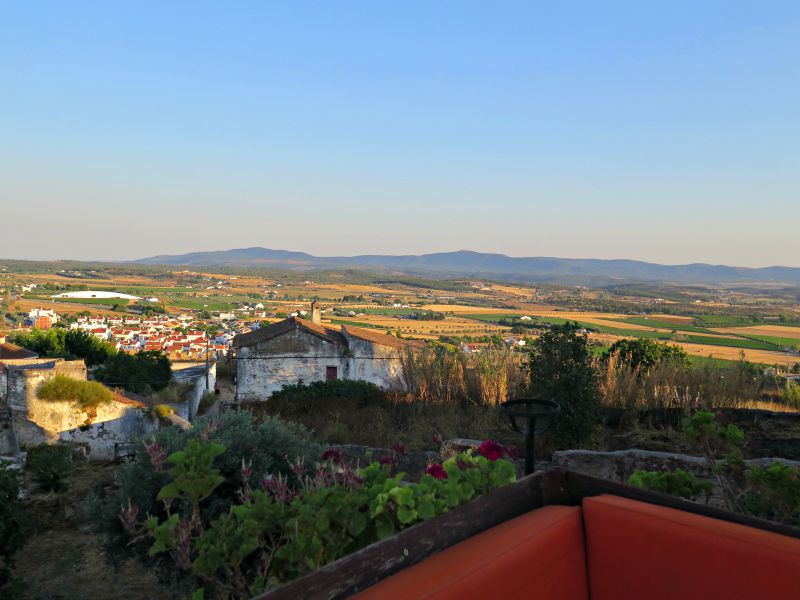 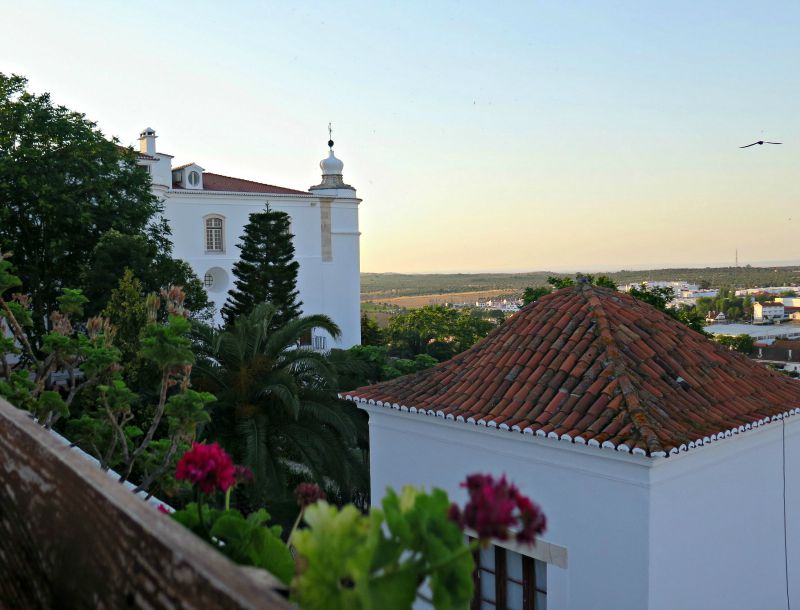 But in Évora the next day there was no escape from 45 degrees heat, so there was no lingering at the Roman temple whose columns, topped with Estremoz marble, have survived 1800 years. 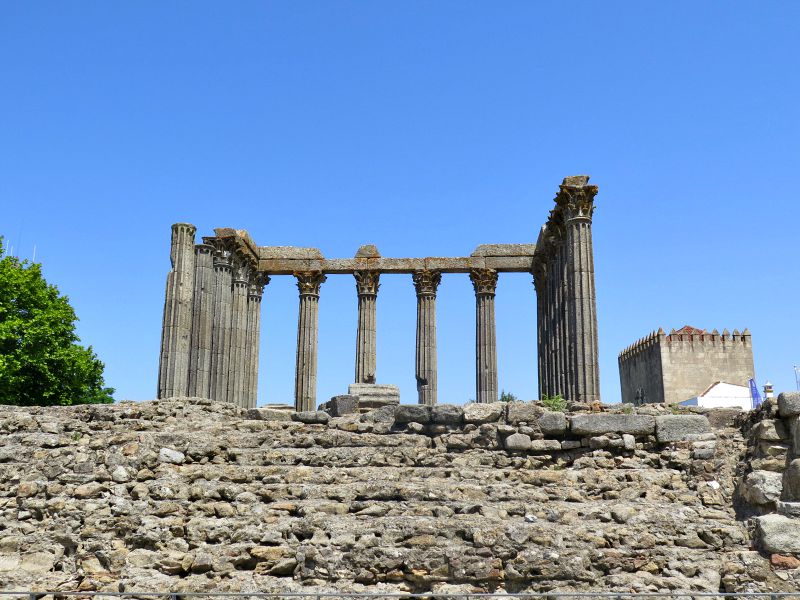 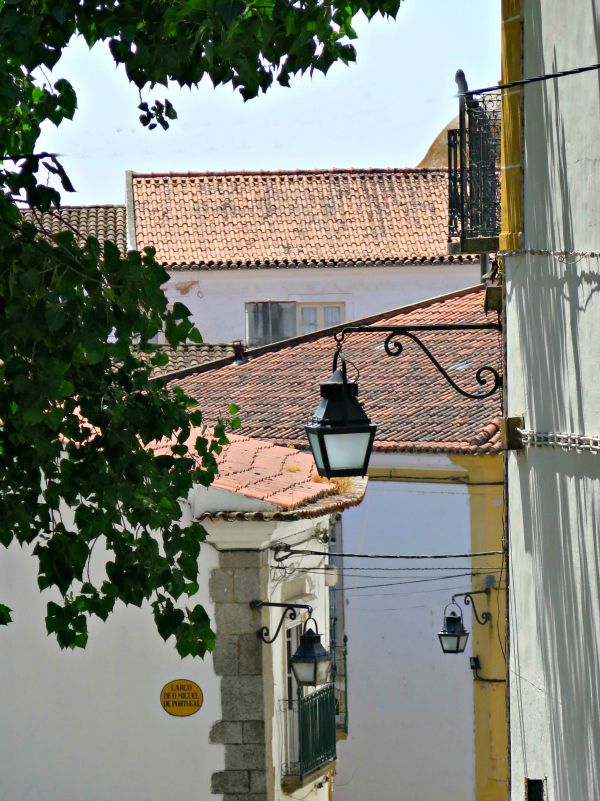 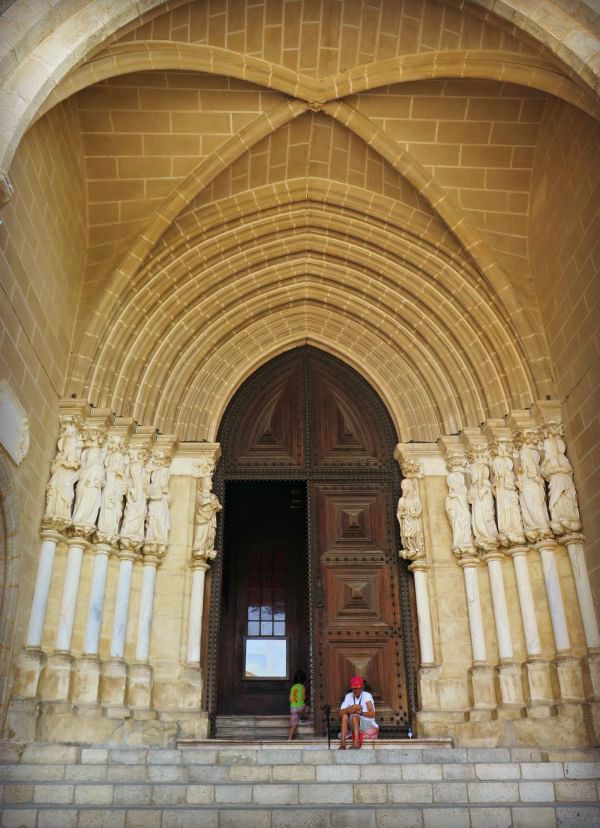 and good Alentejo food, even if snails are not your thing ... 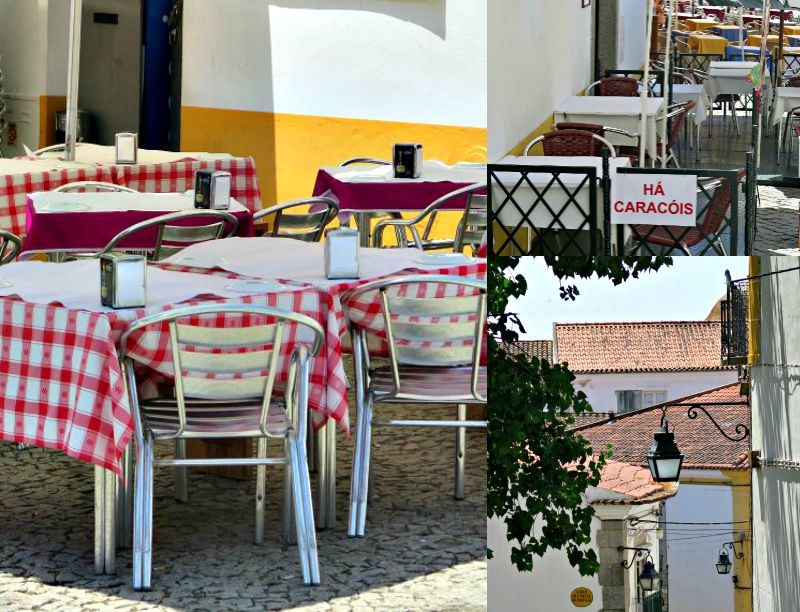