Passing through the pretty provincial town of Memmingen in southern Bavaria on overcast, rainy days of early autumn 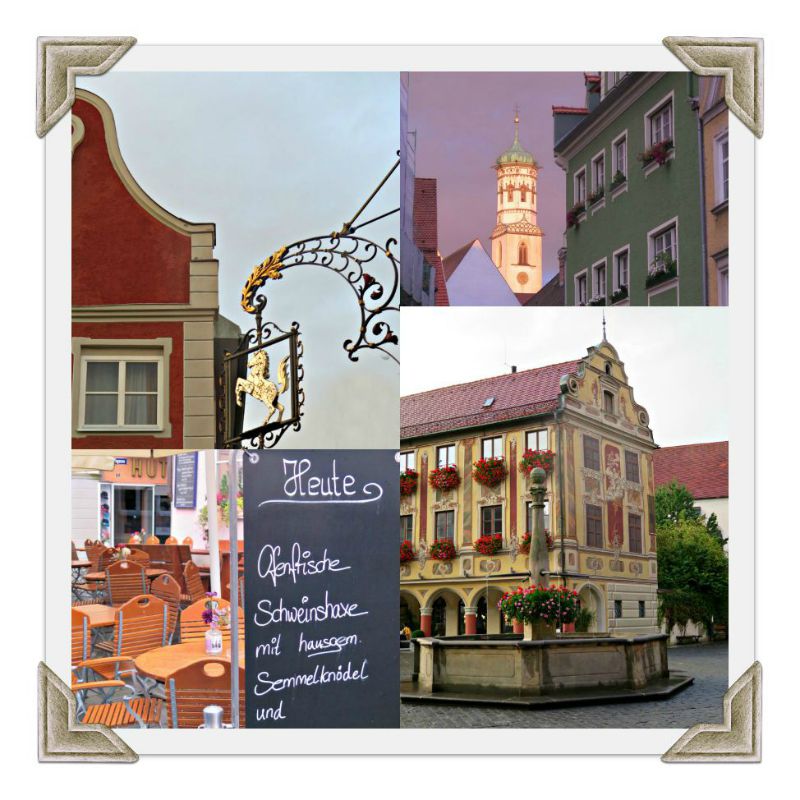 ... in search of a place for dinner, of which there were plenty to choose from.

I passed on the bratwurst and Knödel (dumplings) but did sample some good local Bayerische beer. 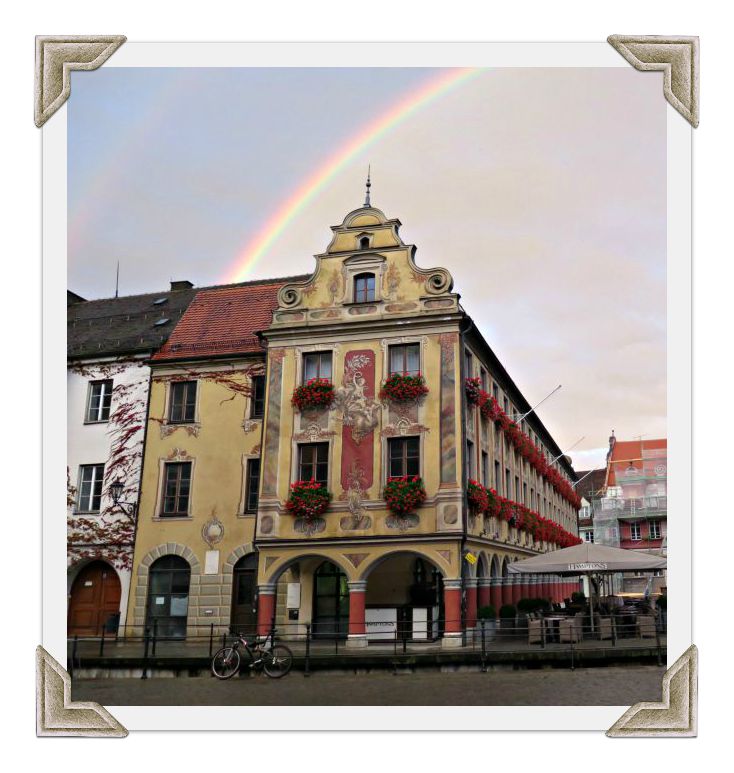 A perfect rainbow over the central town square

In nearby Ottobeuren the next morning, the landscape was typical of towns in this prosperous region, A-framed houses and well-kept farmlands 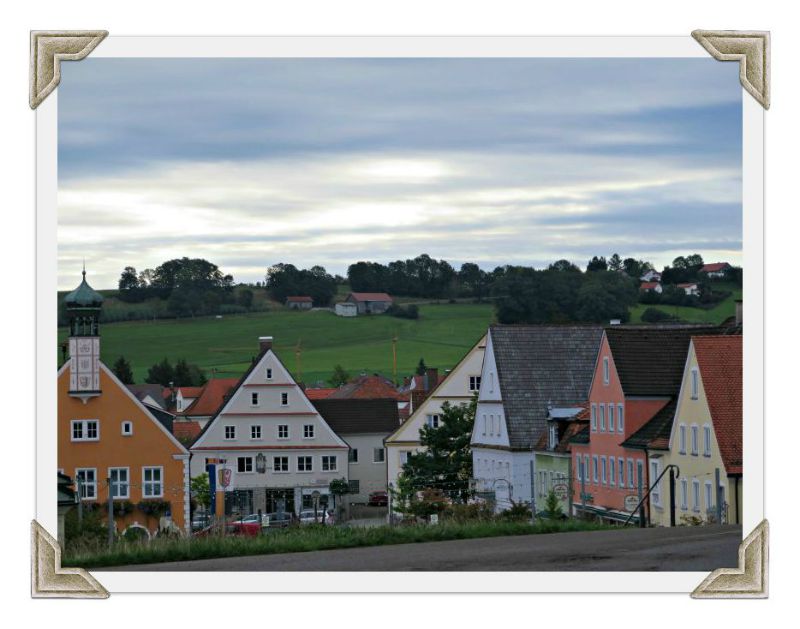 the main attraction being the grand Benedictine abbey of Ottobeuren 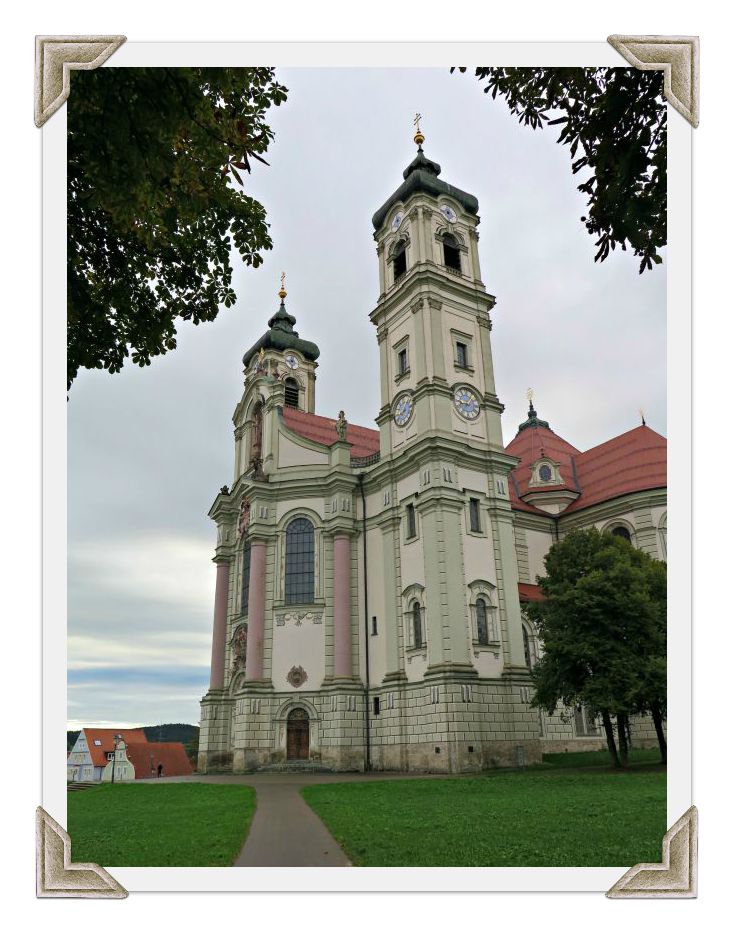 founded in 764 by the sweetly-named Blessed Toto, but rebuilt in its current form by Bavaria's King Ludwig I in the 1800s

whose extraordinary interior could be described as baroque-over-the-top 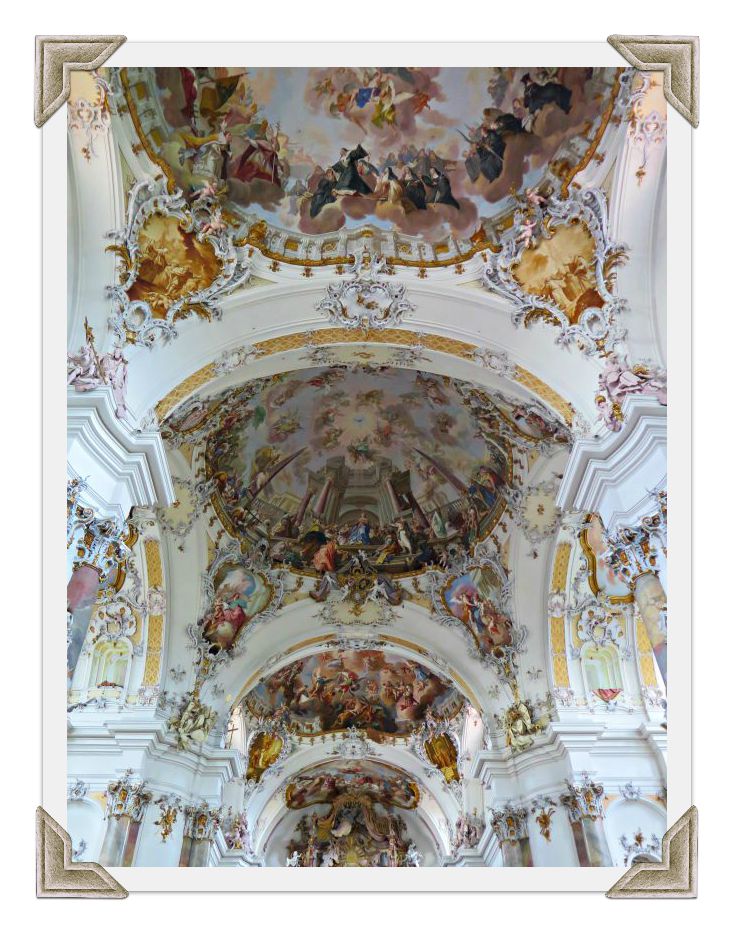 with no fewer than three grand organs (one below).

All was empty, quiet and clean and neat as a pin. You had the clear impression that every ornate rococo curlicue, taper, garland and petal is kept minutely cleaned and the chairs lined up with a ruler. 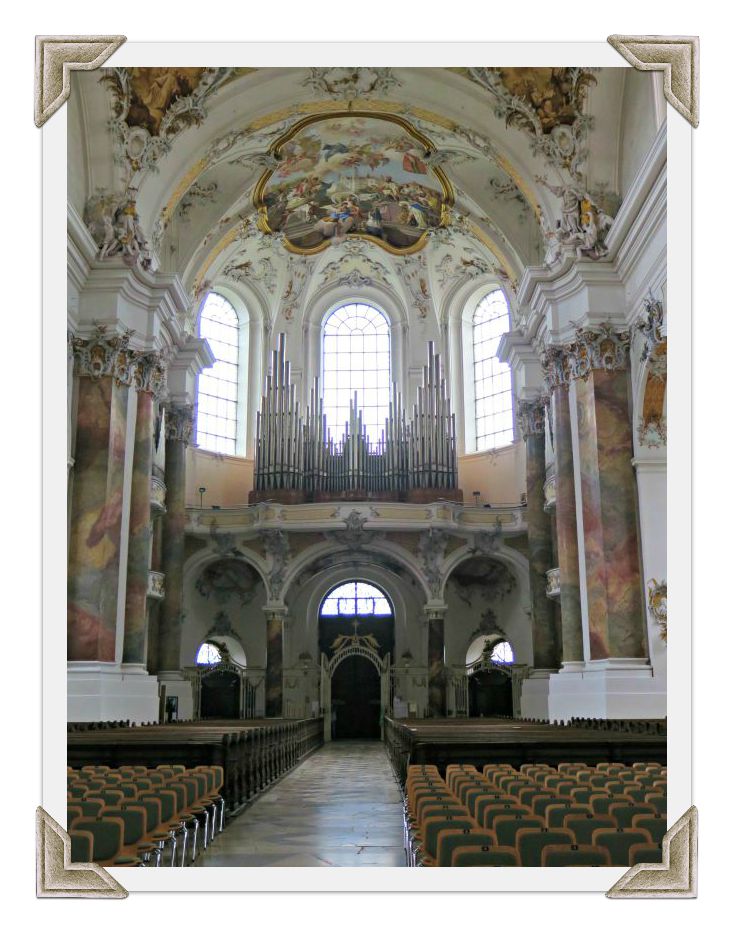 If all was serious here, it was about to get a little crazy. We were headed further south to this Ludwig's much quirkier grandson's place in the mountains ...