Elounda, on the northern coast of Crete, is a typical small fishing town, set in one of the coves that zigzag around the island, with mountains at its back and the turquoise Aegean stretching out in front. 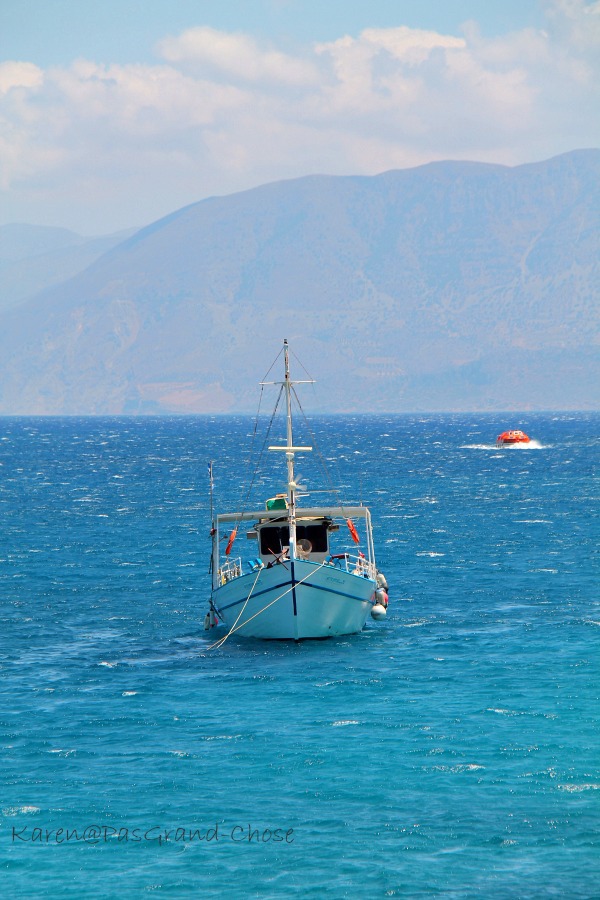 Boats bob around in the harbour, tavernas line the streets and shore. Palm trees and low buildings give it the touch of North Africa that's in its history ... 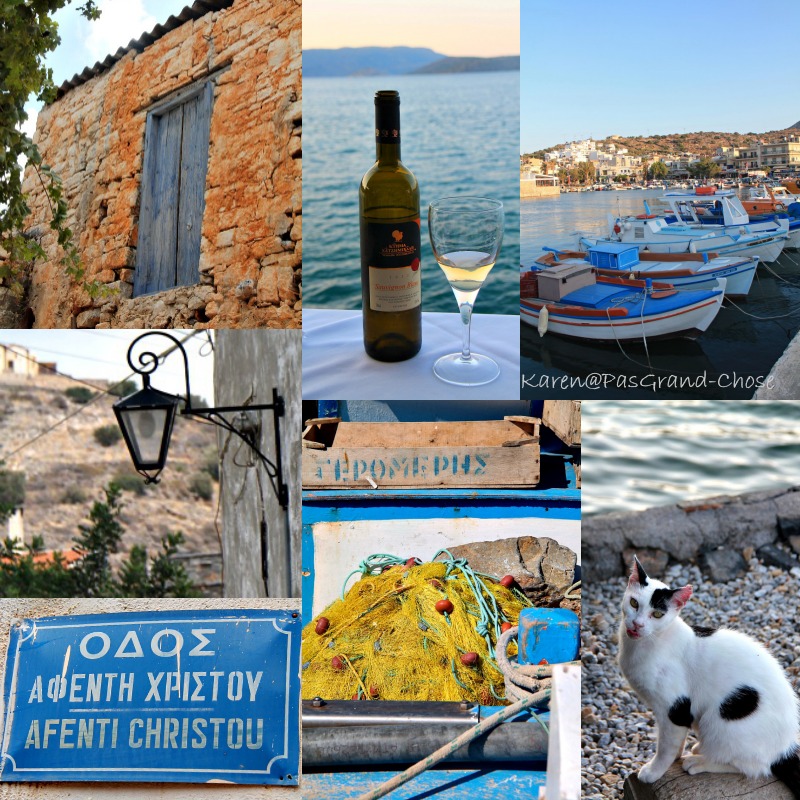 ... it's only a hop across the Mediterranean, after all, from here to the coast of Egypt and Libya - though I wouldn't want to do it in one of these fishing boats. 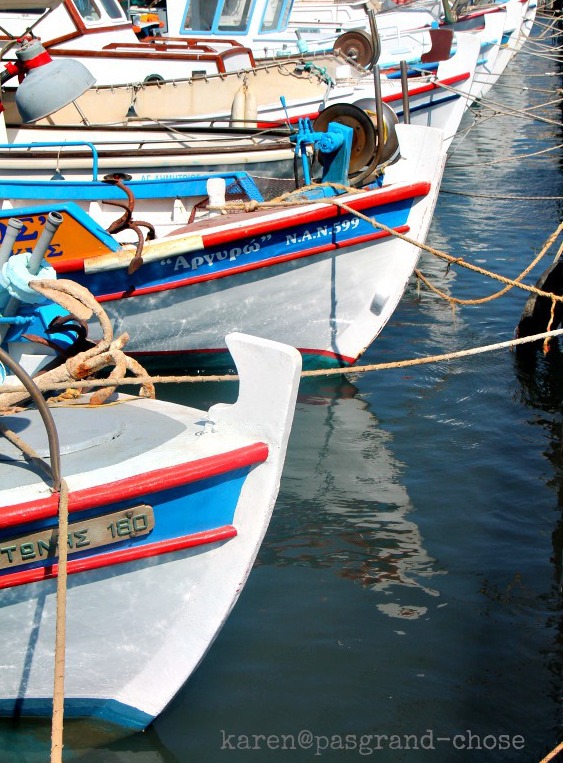 A short drive along the sea-road from Elounda is the much bigger town of Agios Nikolaos, meaning Saint Nicholas ... that hard-working saint who is (whatever the Dutch additionally credit him with) to Greeks the patron saint of sailors 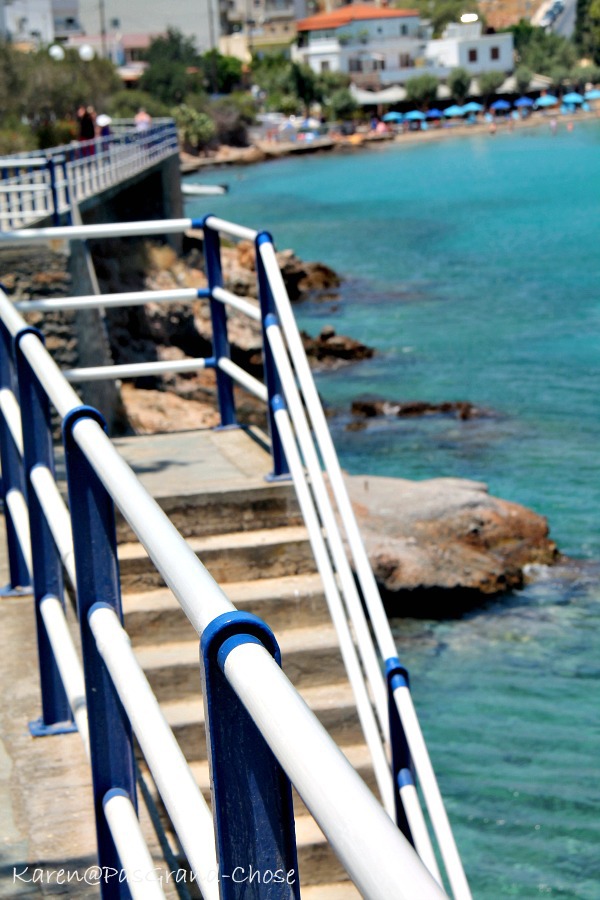 ... making him a very important personage in these parts. 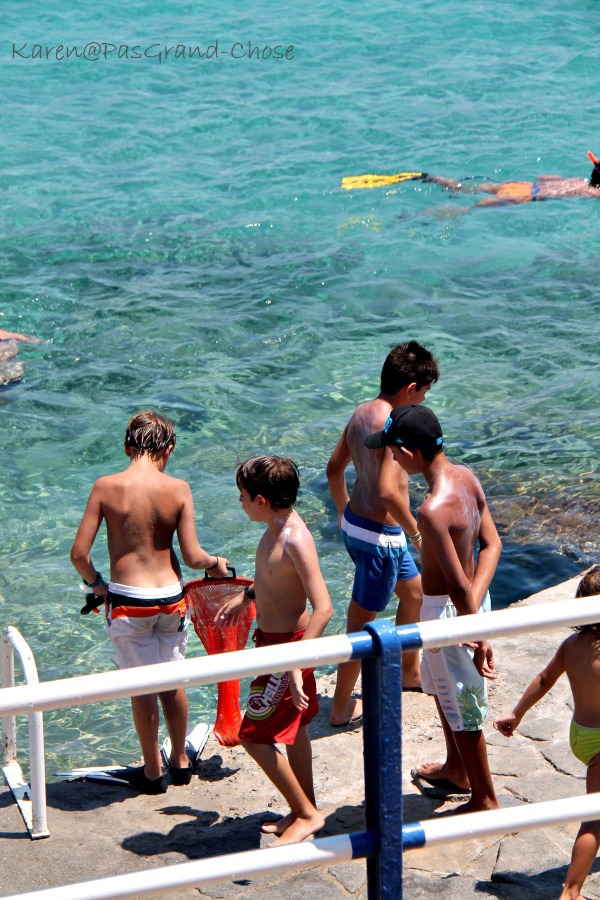 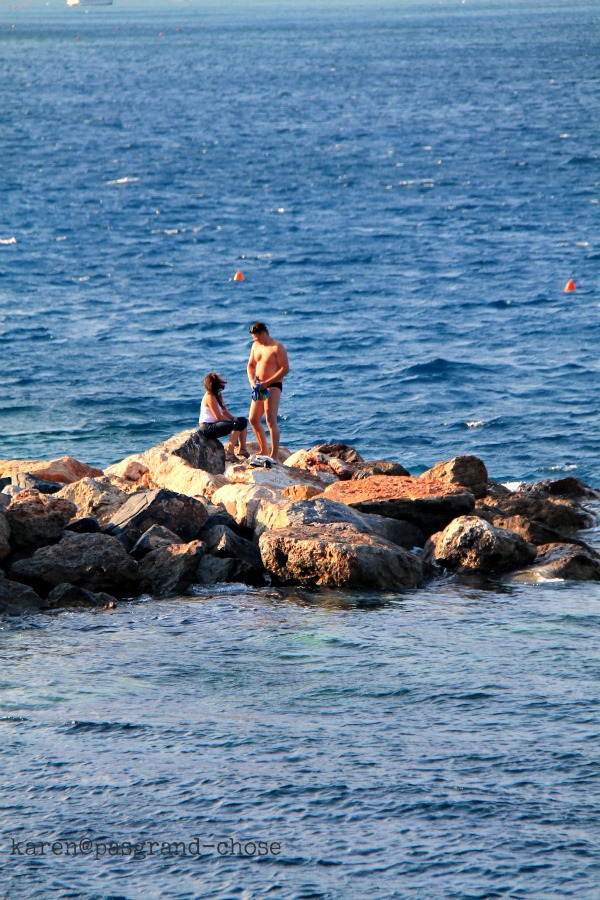 or enjoying fabulously fresh seafood with a  view. 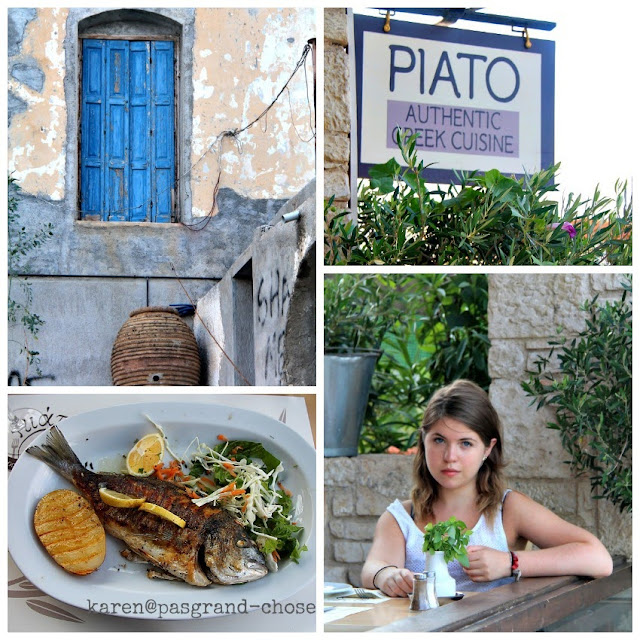 On the inland lagoon in the centre of Agios town, small boys were fishing and messing about on boats ... 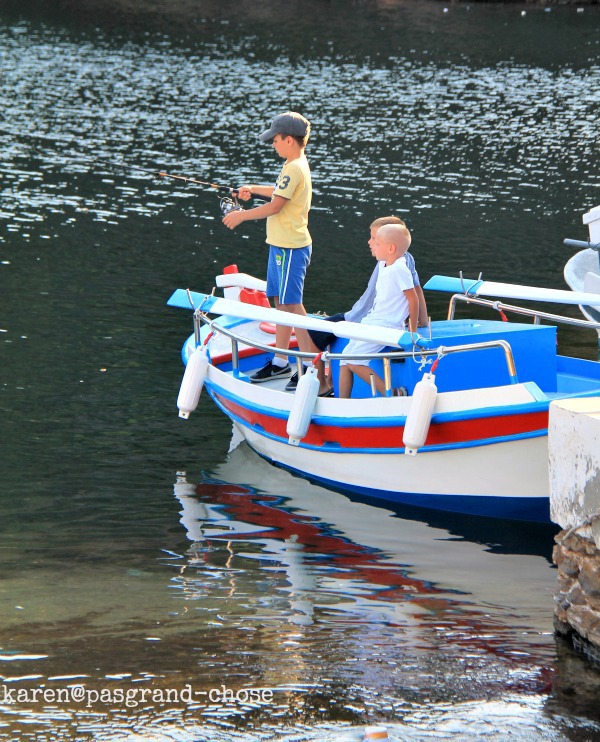 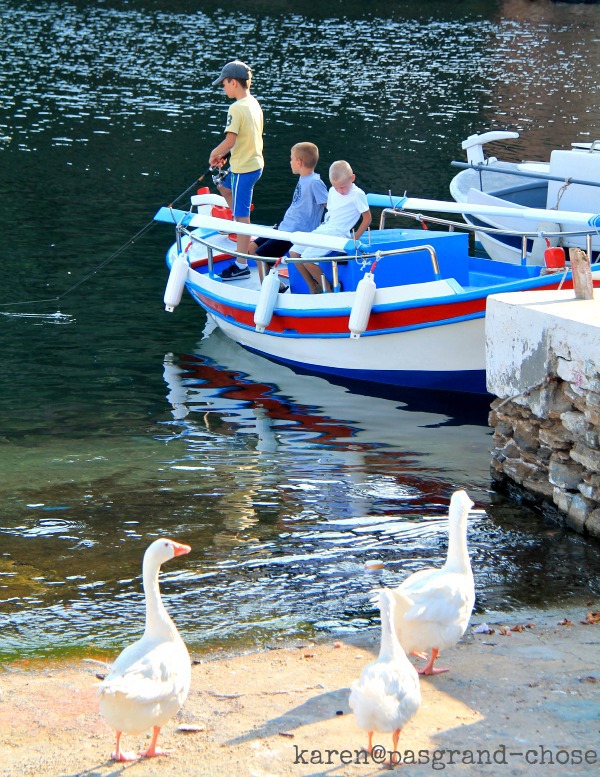 and girls itching to join in 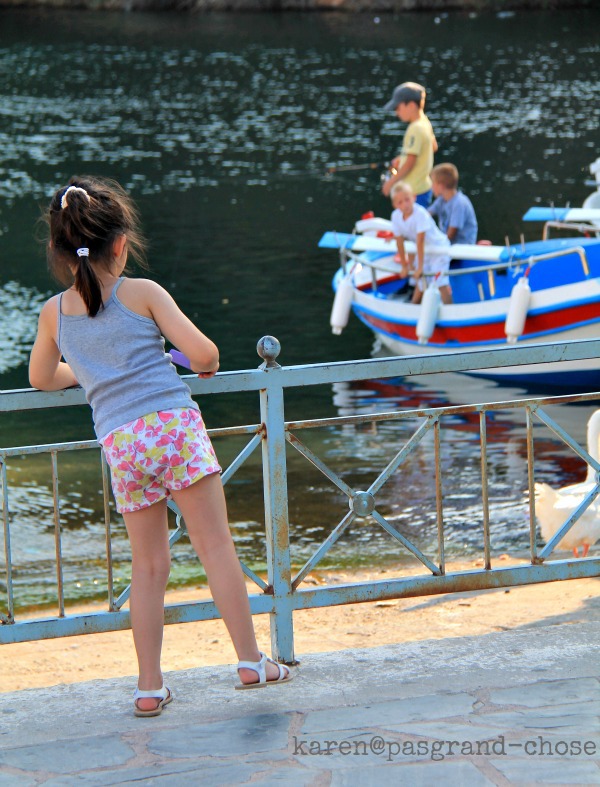 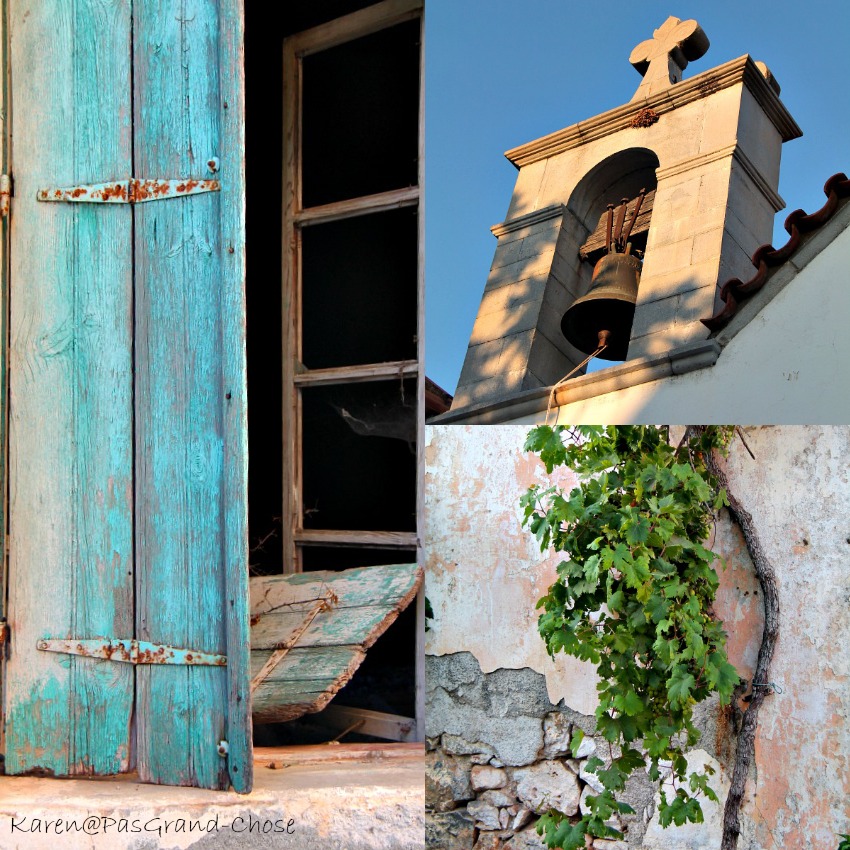 Here we found the village of Fourni
which, despite being tiny, has two churches 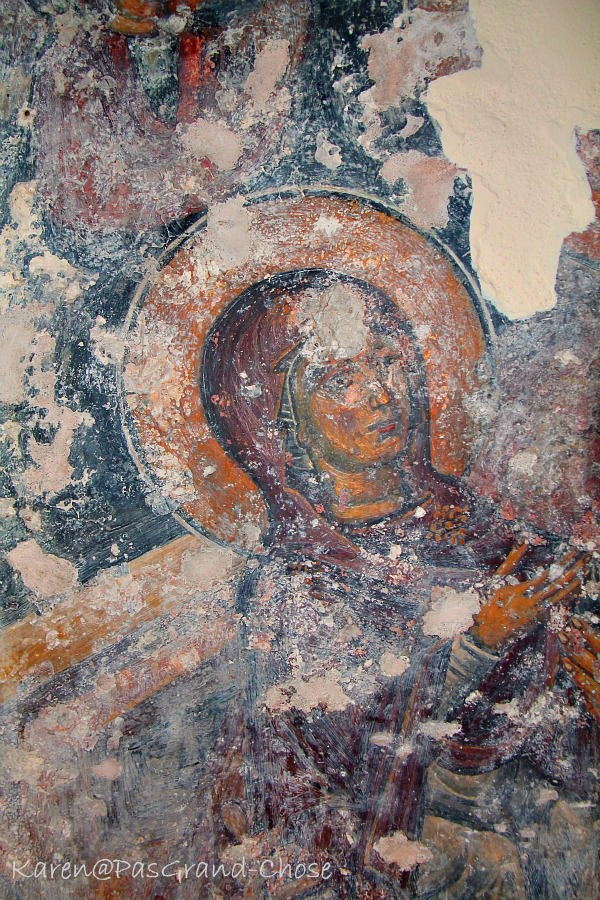 one with Byzantine frescoes 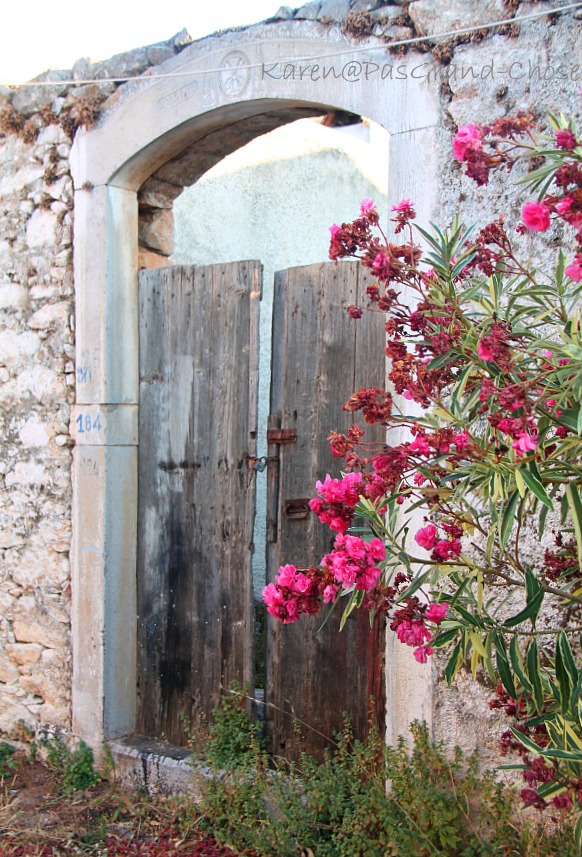 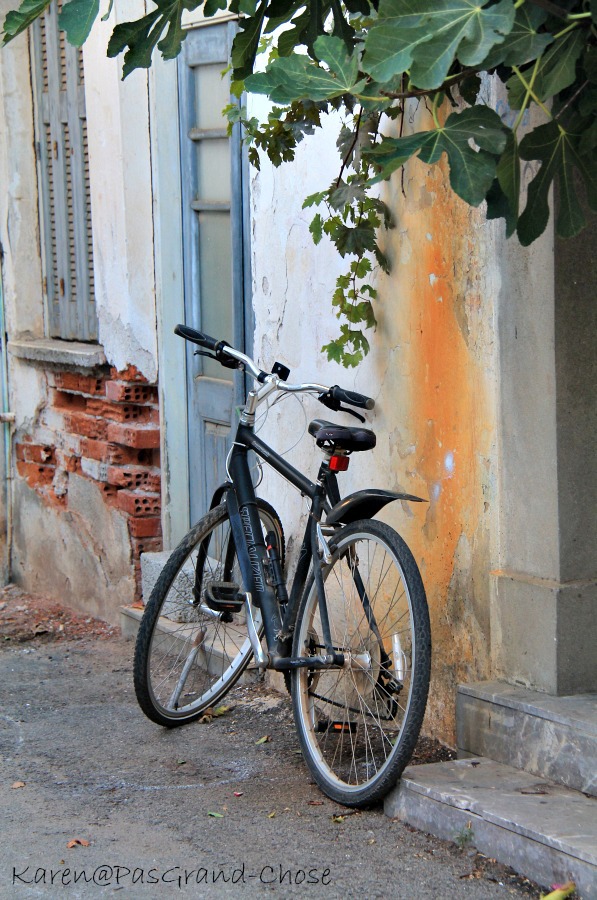 but a thriving extended family life 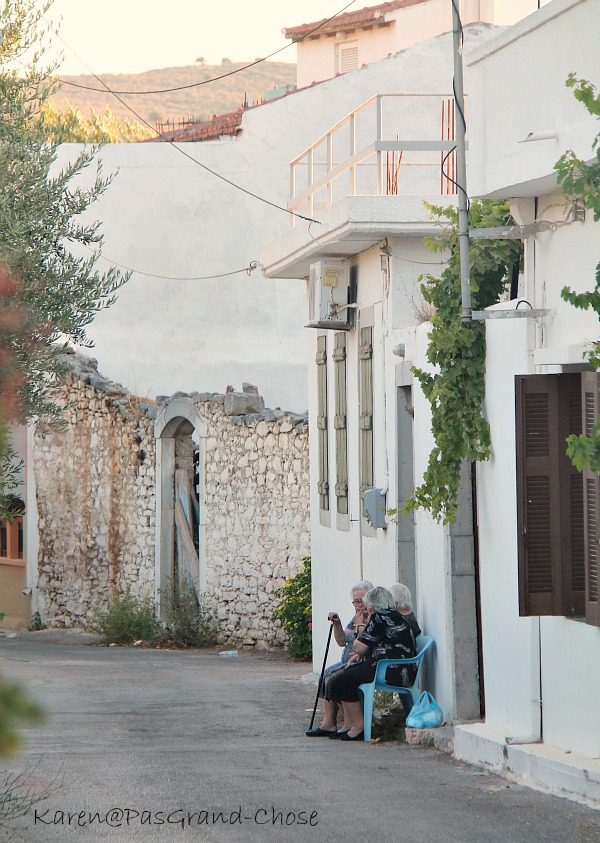 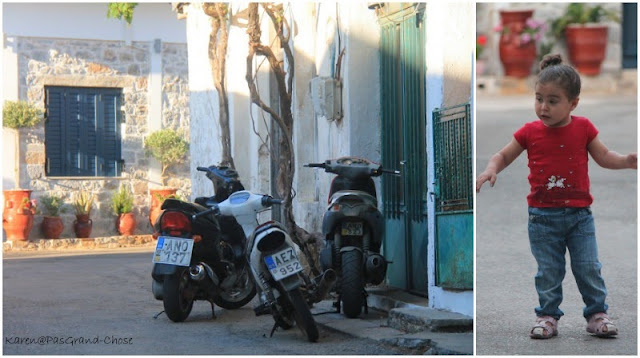 In the village square we sat under a giant plane tree at the family-run Platanos kafenion, for delicious mezze and traditional Cretan dishes. 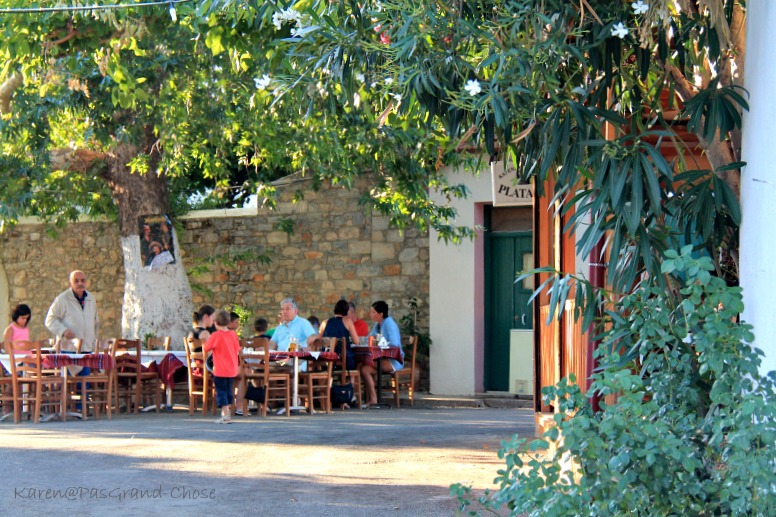 Later in the evening guests began filling the square, tables were pushed together in a long line, and three generations sat down to celebrate a wedding under the stars - what a perfect setting. 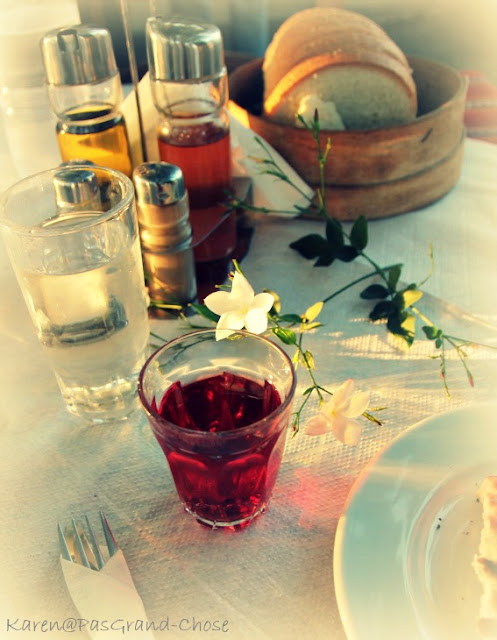