A monastery built at the entrance of Lisbon, on the banks of the Tagus 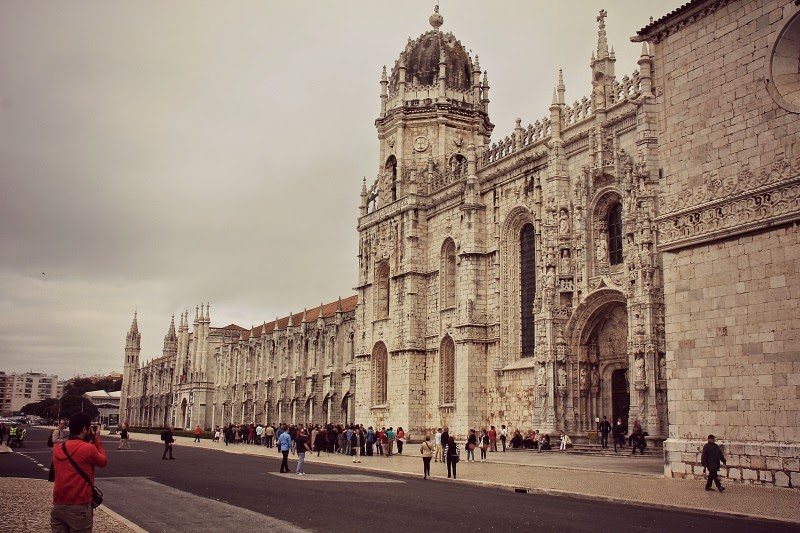 became a house of prayer for sailors leaving and returning from the voyages of discovery to Africa, India, Indonesia, South America, China, Japan. 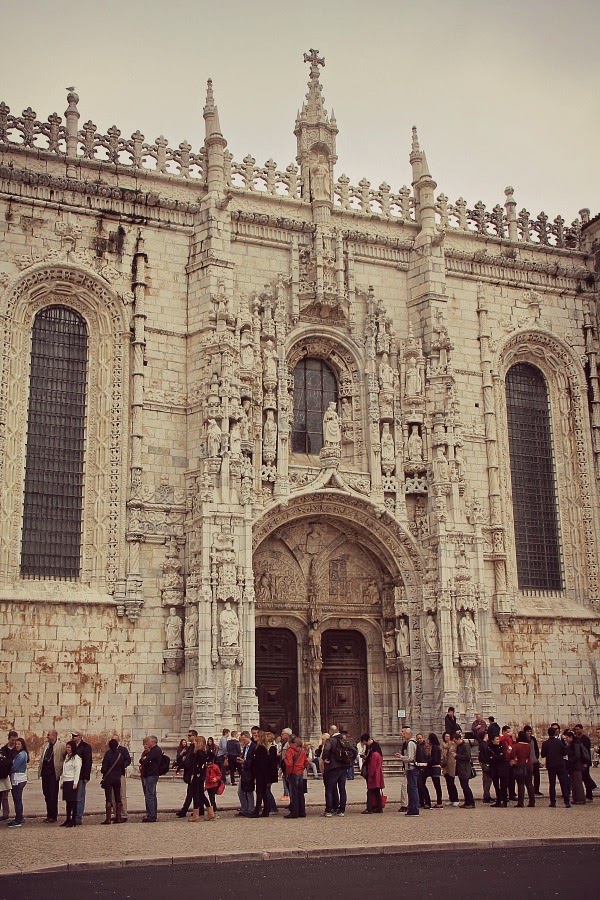 Vasco da Gama is entombed here, and the poets Camões and Pessoa with equal reverence. 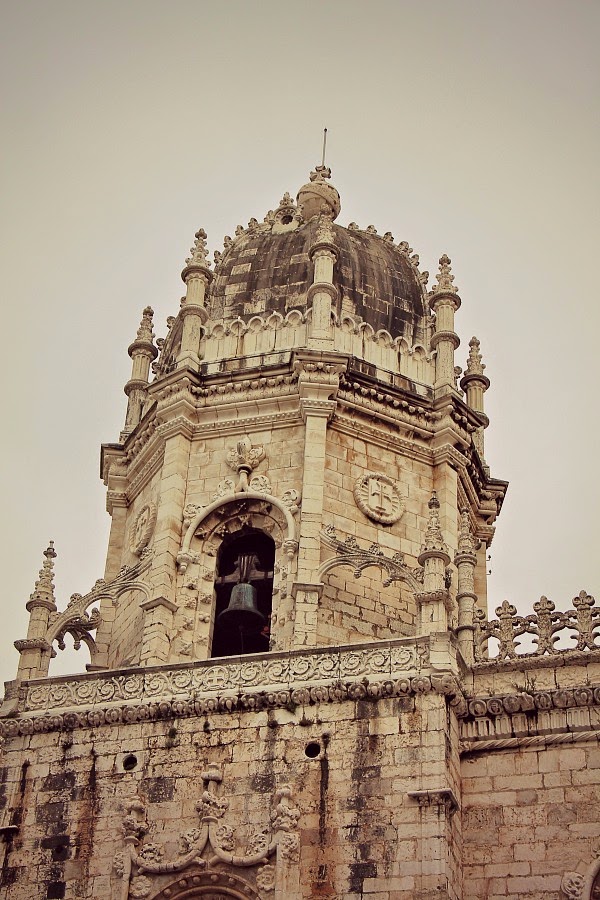 And when one is all done with veneration,  there's an espresso and one or two pastéis de nata to be had just down the road. 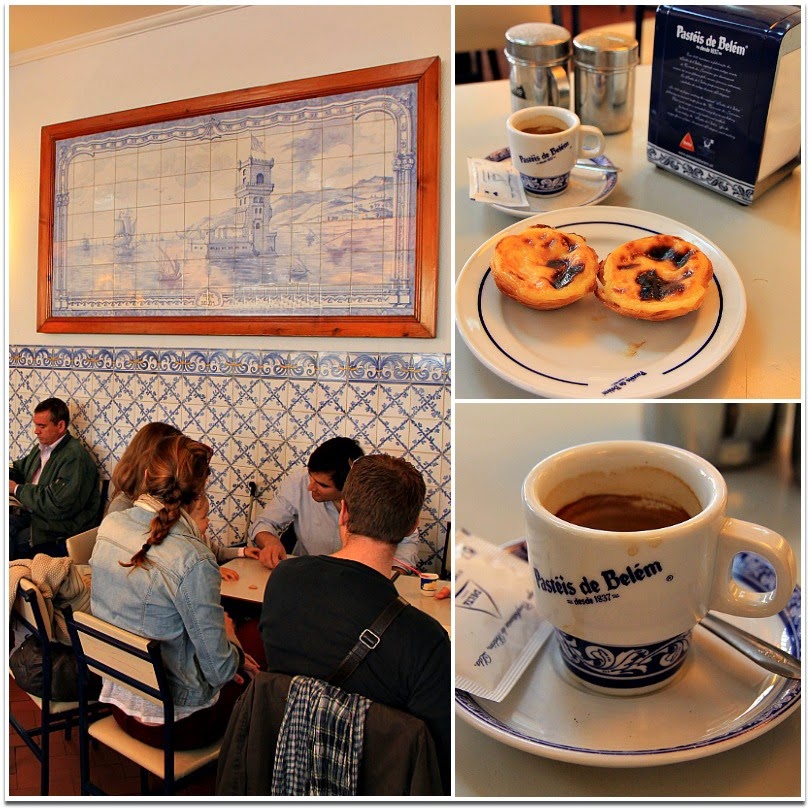 At the Fábrica de pastéis de Belém, the pasteis de nata are the best in the universe; the recipe, created by monks at the monastery (with leftover yolks from egg whites used to starch the nuns' habits), a tightly guarded secret since 1837. 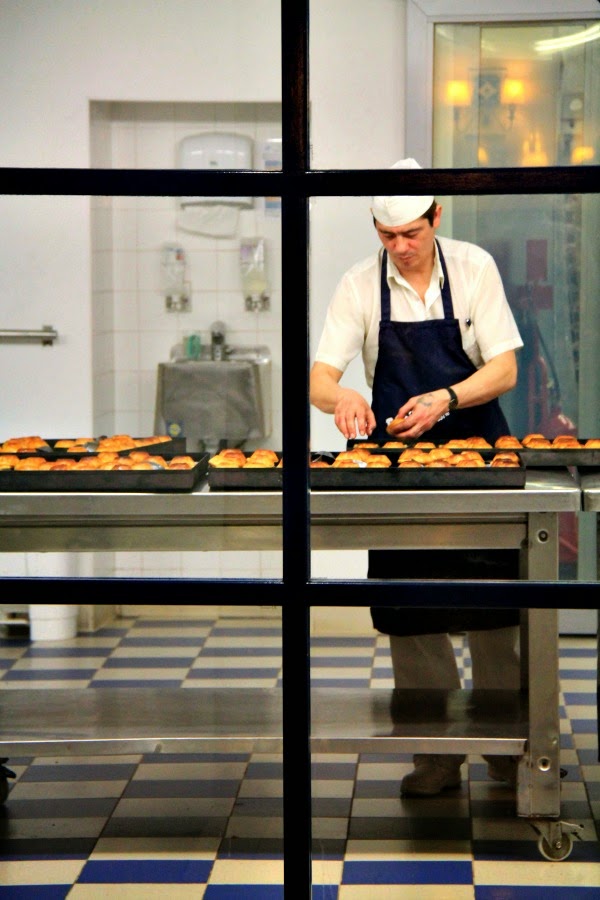 Perfectly light and melt-in-the-mouth fluffy, this is as close as you'll get to their creation - looking through the window to the kitchens, where on an average Sunday morning 20 000 of these little heavenly tarts are baked 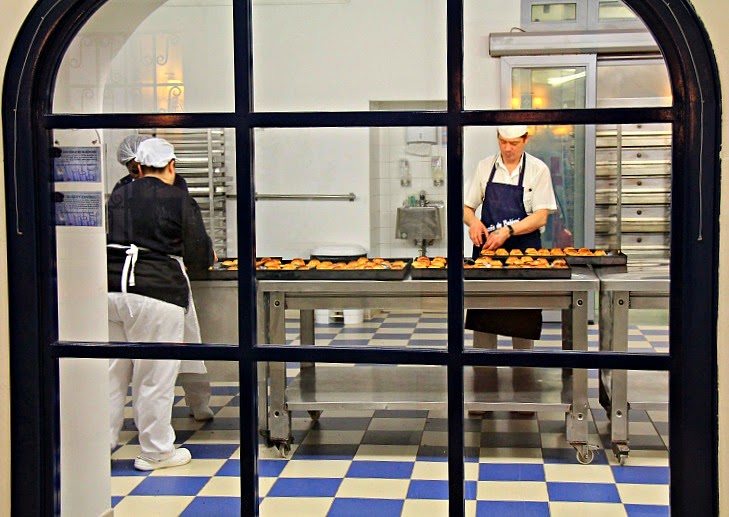 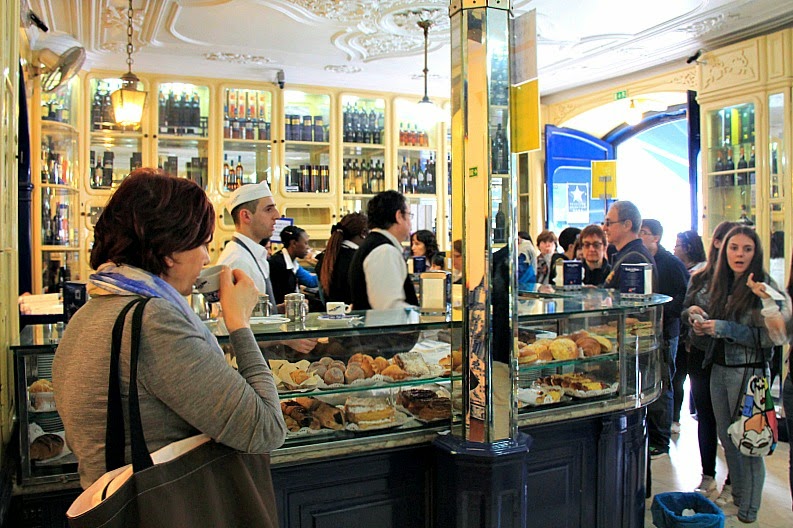 My favourite coffee place in the world.
Lisbon, April 2014