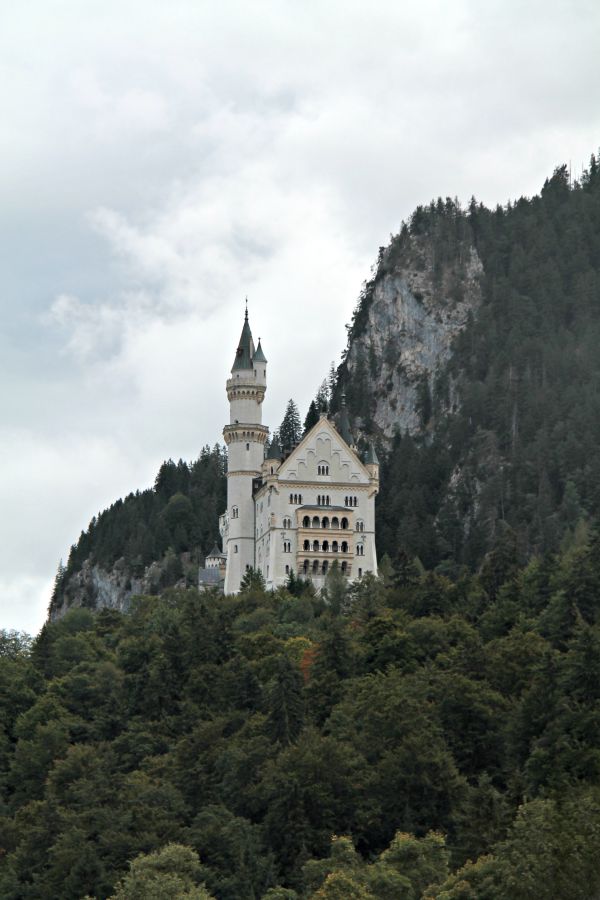 but the image is so inescapably etched in my mind as a Disney castle that the real thing has lost some of its impact. 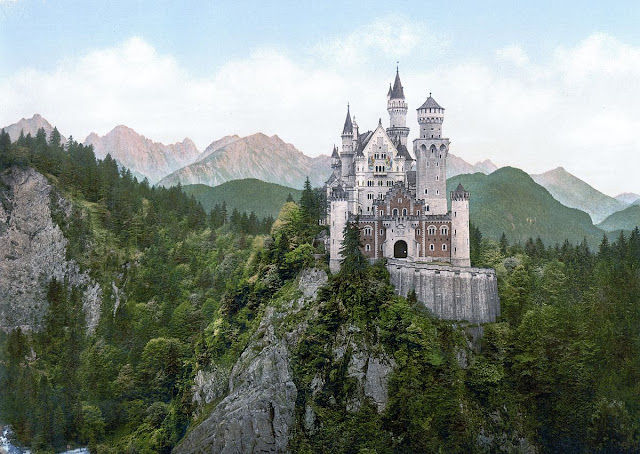 The dramatic setting is undeniable though. Young Ludwig, obsessed with his friend Wagner's operas, designed it as an extravagant stage-set - complete with private grotto with artificial lake, waterfall, stalactites, swan boats and special lighting effects where operas were performed for an audience of one.

What else was a young gay king forced into conventional roles to do with his fantasies? 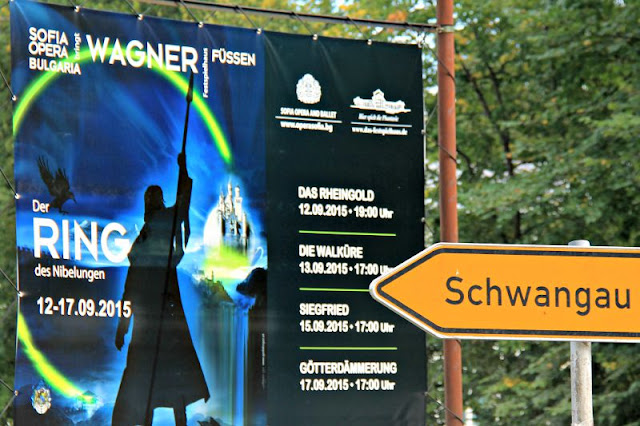 The opera house in nearby Fussen trades on the Wagner connection. Poster at foot of Neuschwanstein.

Even (just) out of season, the crowds were there. The access road is steep, and we joined a queue for a horse-drawn carriage (why not go the full touristy shebang?). 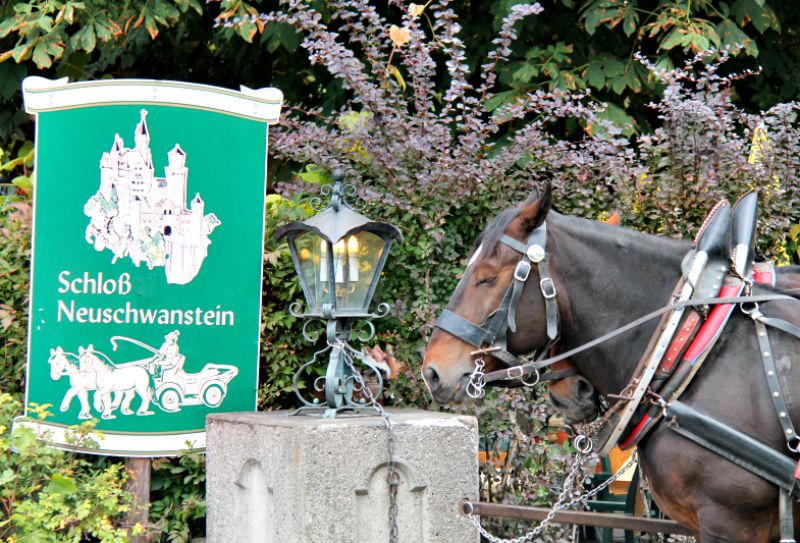 I felt for the horses, powerful though they looked, dragging heavy carriages upwards, but was entranced by the surroundings 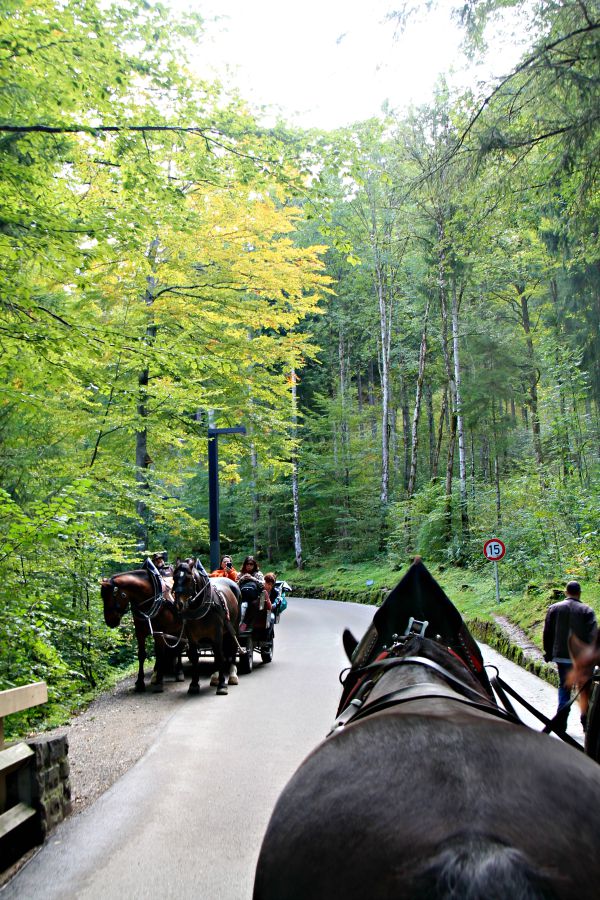 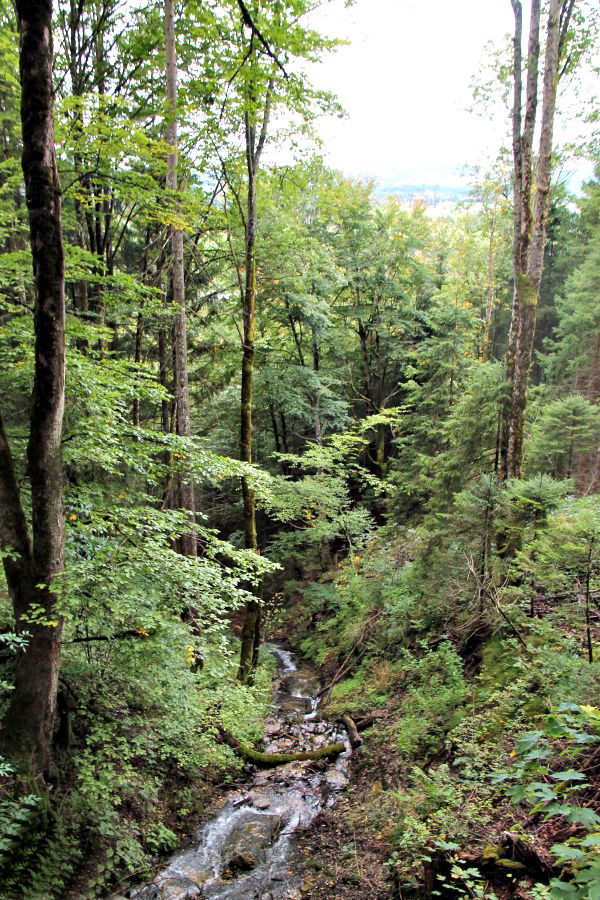 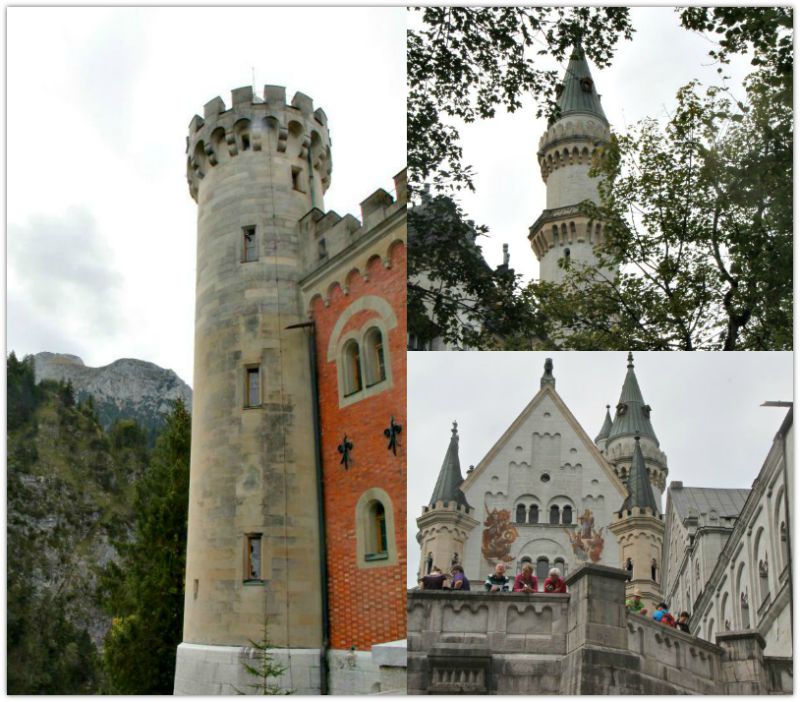 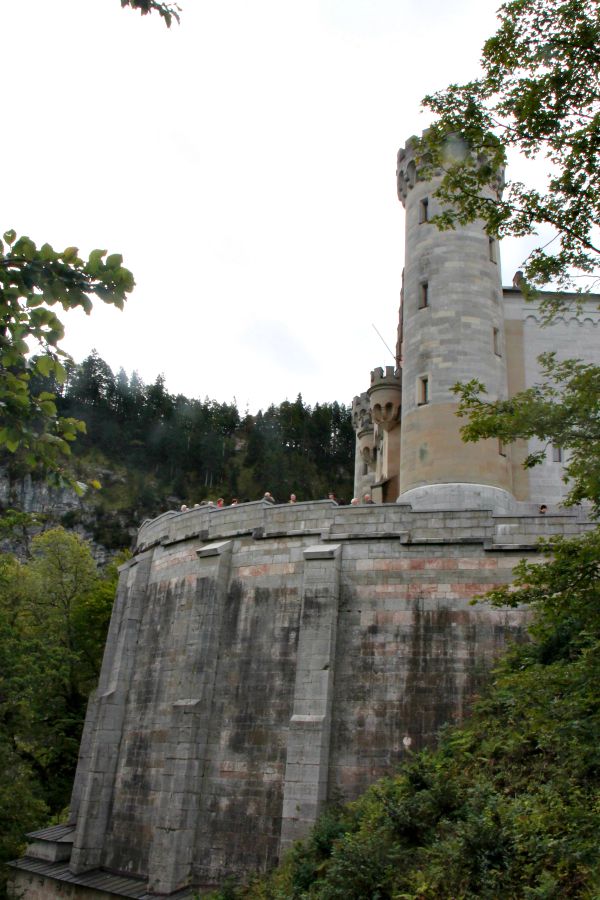 I didn't join the tours of operatic-themed lavish interiors but admired the 360 views loved by Ludwig before taking a slow walk down through the lush wald. 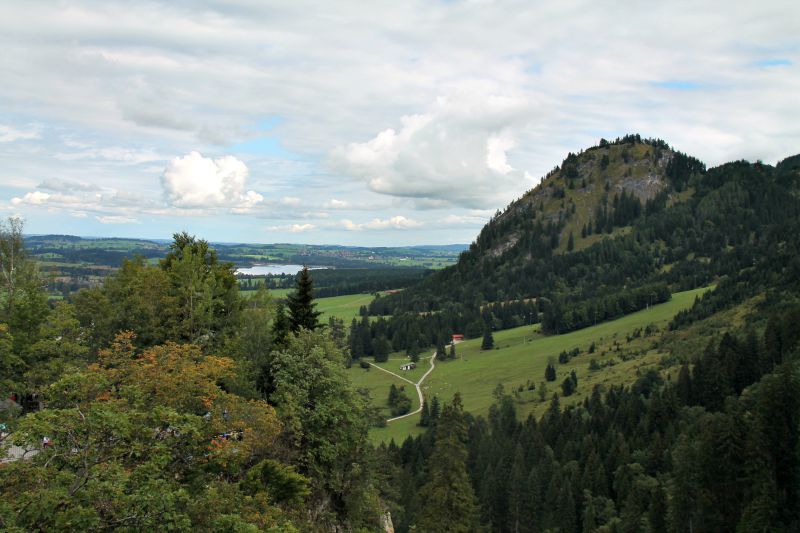