Bordeaux, Bayonne, Biarritz roll past tantalisingly along the French Basque coastline, the names conjuring Belle Epoque glamour, but we're not stopping at any of them - we're bowling headlong towards the Spanish border at Irun, because there's a lunch date in Spain's Basque country ... 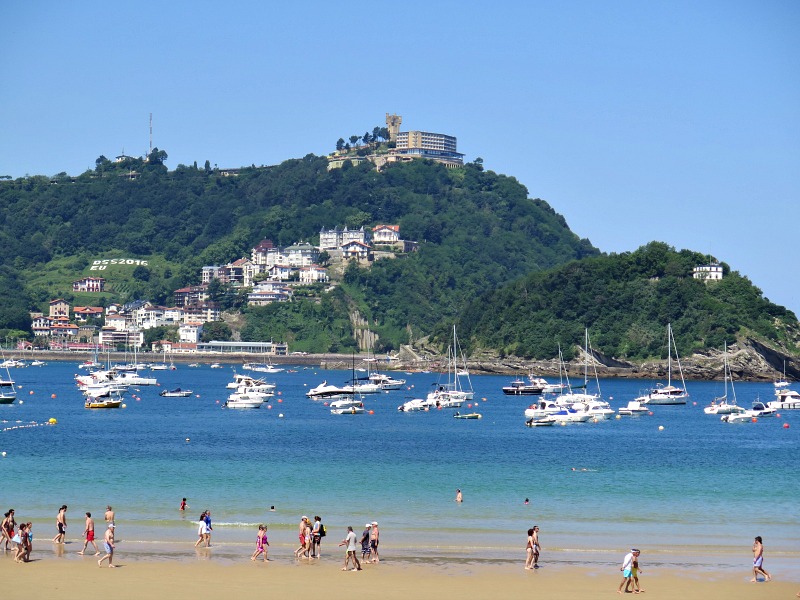 ... in San Sebastian, where on this Sunday in June we found thousands of Basque citizens taking to the streets in a pro-independence march - the most orderly, organised demonstration I've ever seen, and very much like the city itself which is spotlessly clean, laid out in beautifully kept wide avenues with a wide river running through it and immaculate beaches all along its edge. 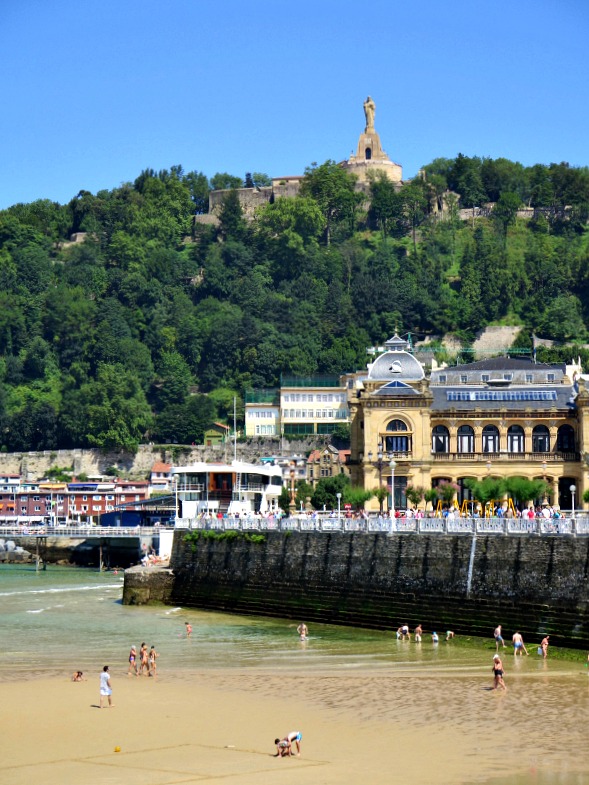 We wandered down to Playa de la Concha, where everyone in town who wasn't in the demonstration seemed to have congregated, to cool down in the lapping waves of La Concha Bay. 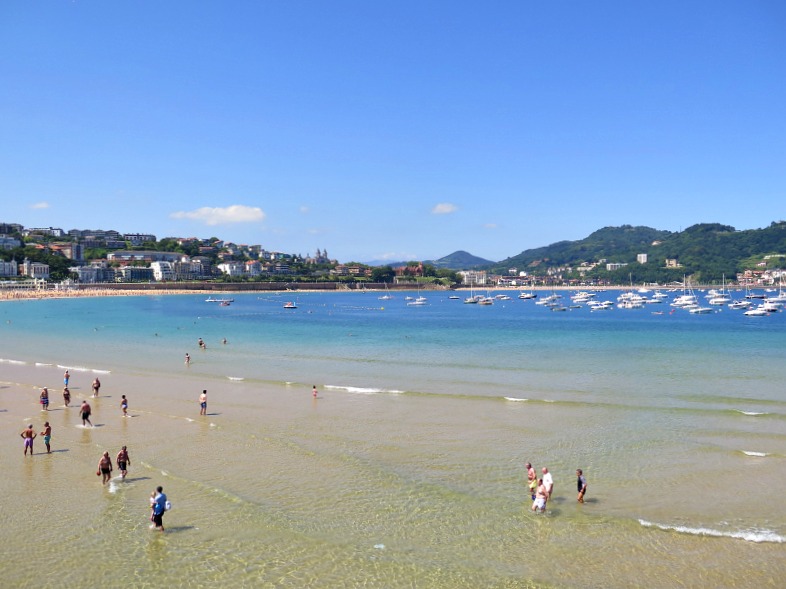 I loved watching el paseo in action - people walking in groups up and down the beach. It's all about the socialising. 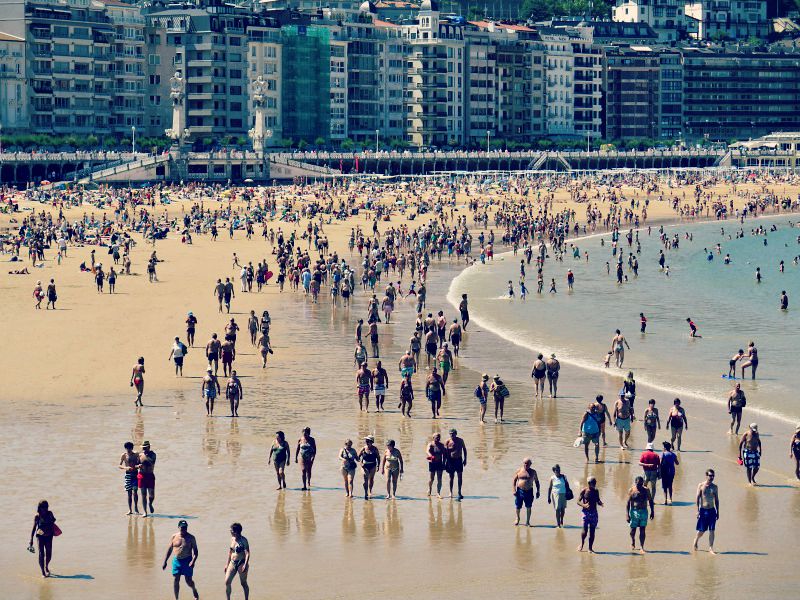 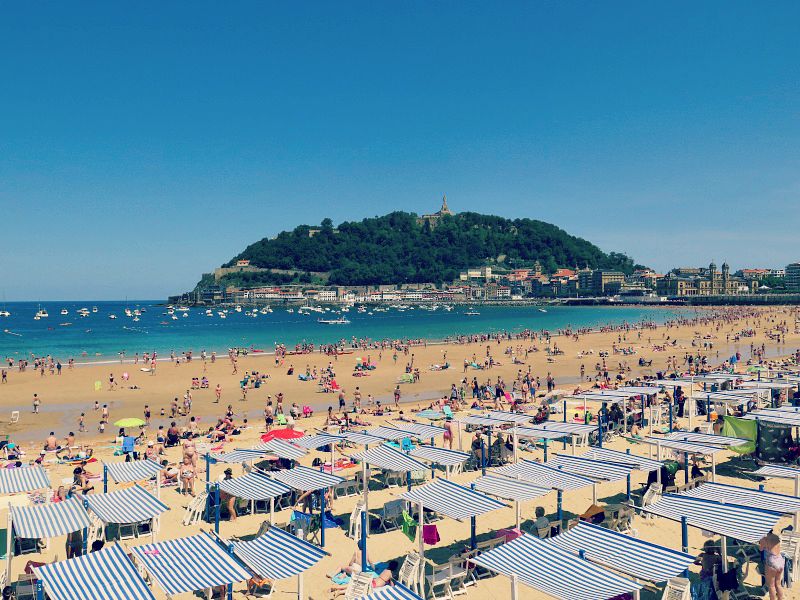 I people-watched all along the elegant, beautifully kept promenade
from City Hall (below right with Carousel in front) to Café de la Concha at the far end, with the best views of the bay. 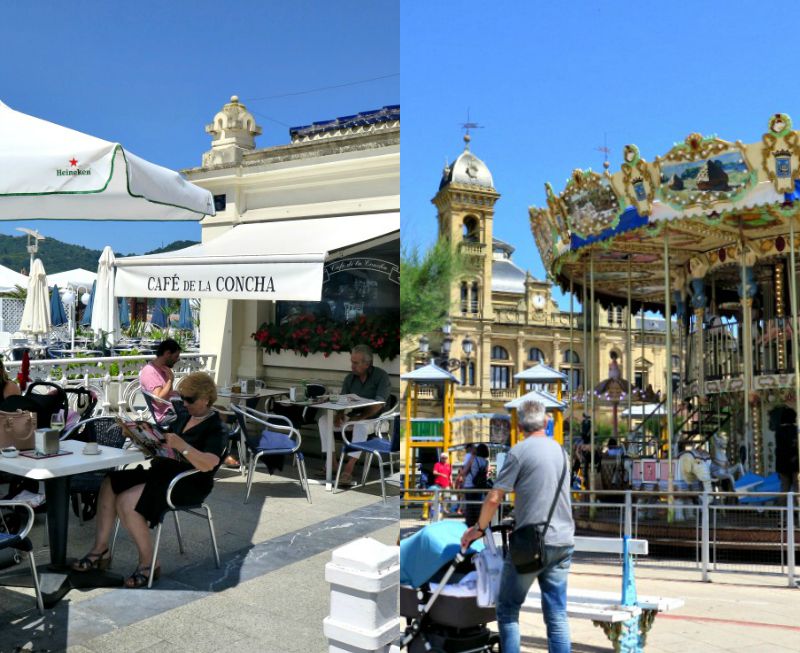 But lunch awaited. San Sebastian may just be the best place to eat in all Europe, considering that Basque Spain has not only the most Michelin-starred restaurants per capita in the world, but also a spectacularly good quality of everyday food, most famously pintxos (the Basque version of tapas) served in bars.

At Akelarre, high on the hilltops overlooking the city, with these views over the bay

there was one exquisite course after another, a feast for every sense. 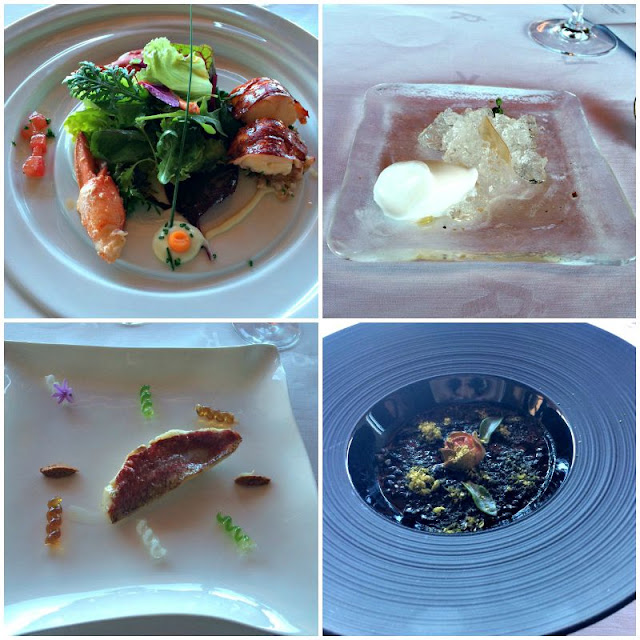 It may have been the effect of the lunch on my general well being, but driving along this scenic coastline afterwards towards Bilbao, I decided that the Basques have it all - a fabulous natural environment of mountains and sea, liveable cities, the best food, and true quality of life. I'm all ready to move. 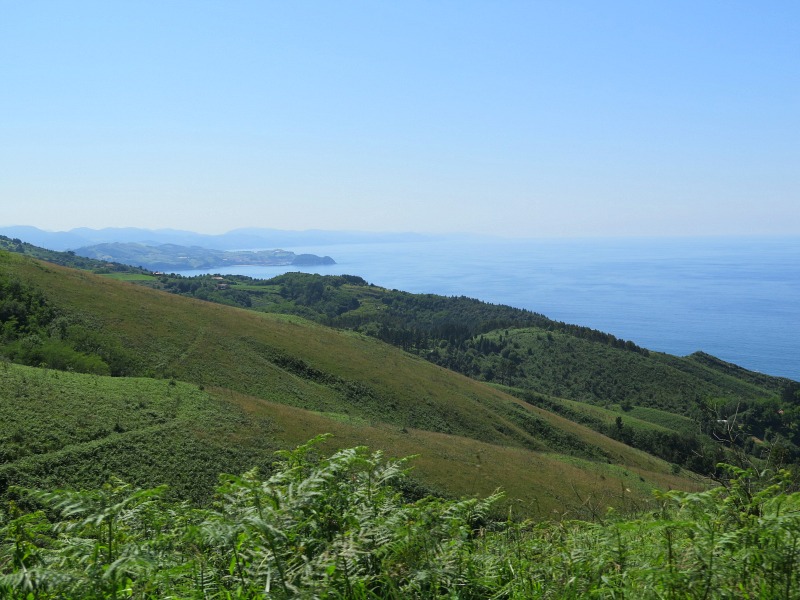 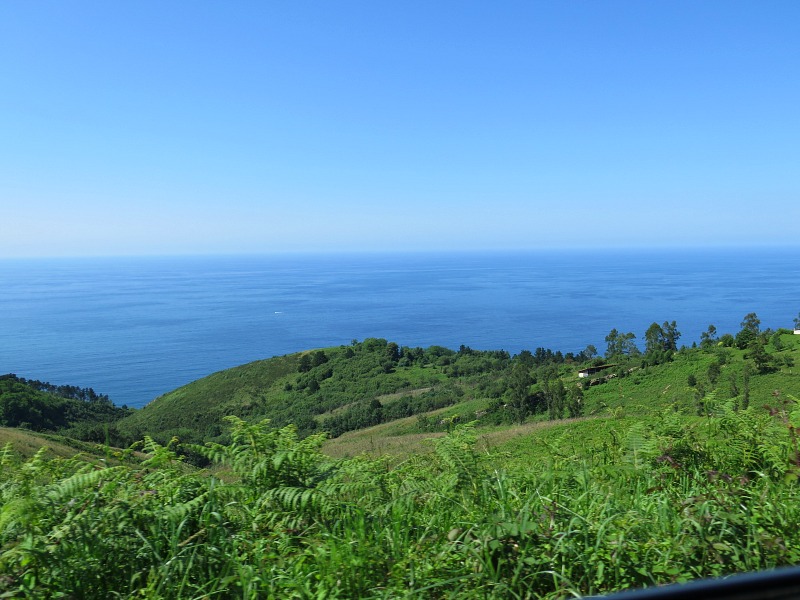