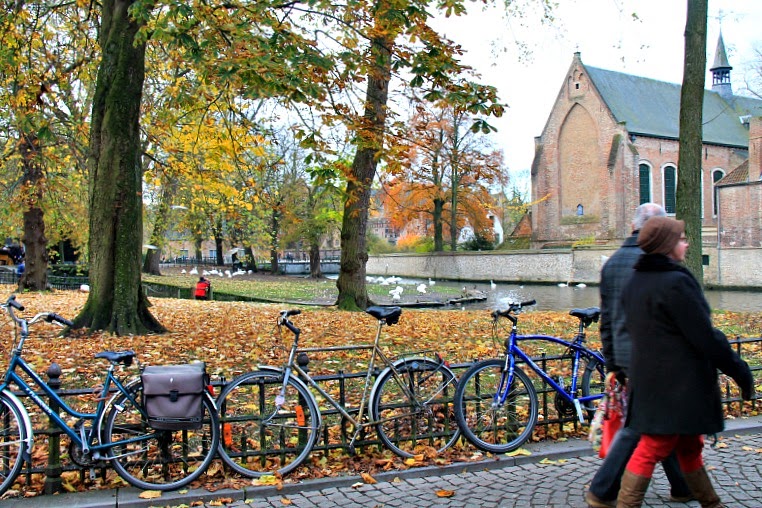 Minnewater in Bruges/Brugge may possibly get its name from other sources, but is translated in English as the lake of love. 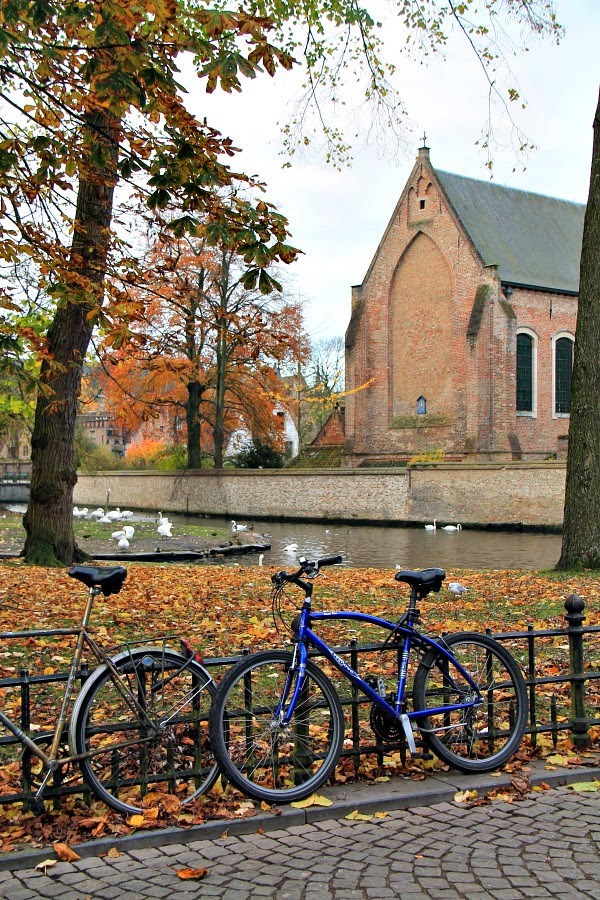 ... appropriately enough for a romantic park and lake filled with swans (courtesy of a legendary medieval injunction that the inhabitants of Brugge must keep swans on their lakes and canals for eternity). 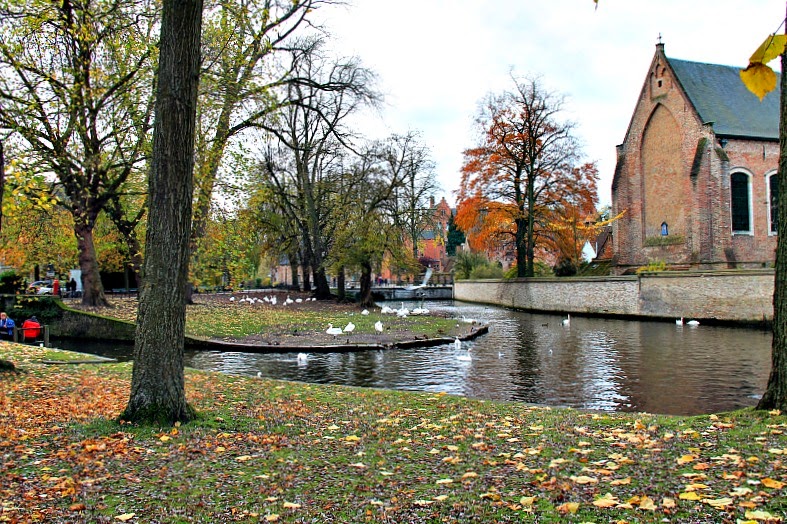 Walking along here, a bridge gives access to the city's béguinage. 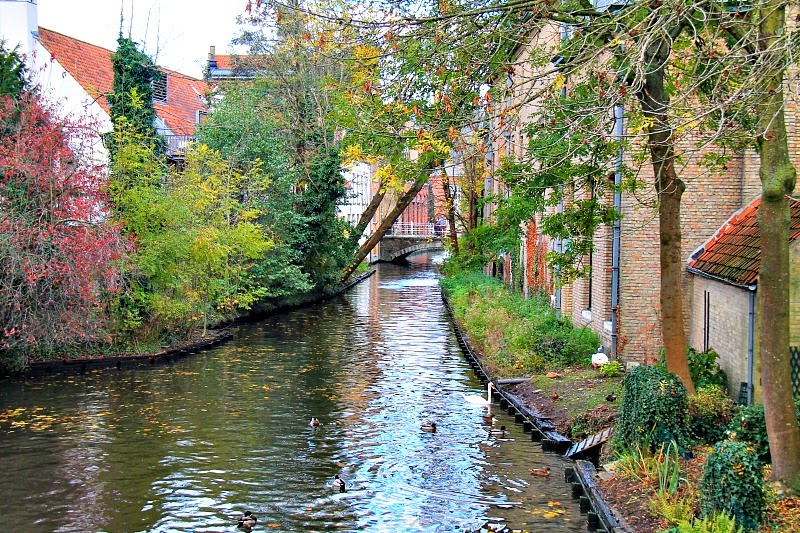 Unlike the swan legend, béguinages arose out of the real and harsh social context of many women in this part of Europe during the middle ages.  At a time when wars had taken the lives of many men, unmarried and widowed women were left with few secure options in life and some came together for support in communities of women. 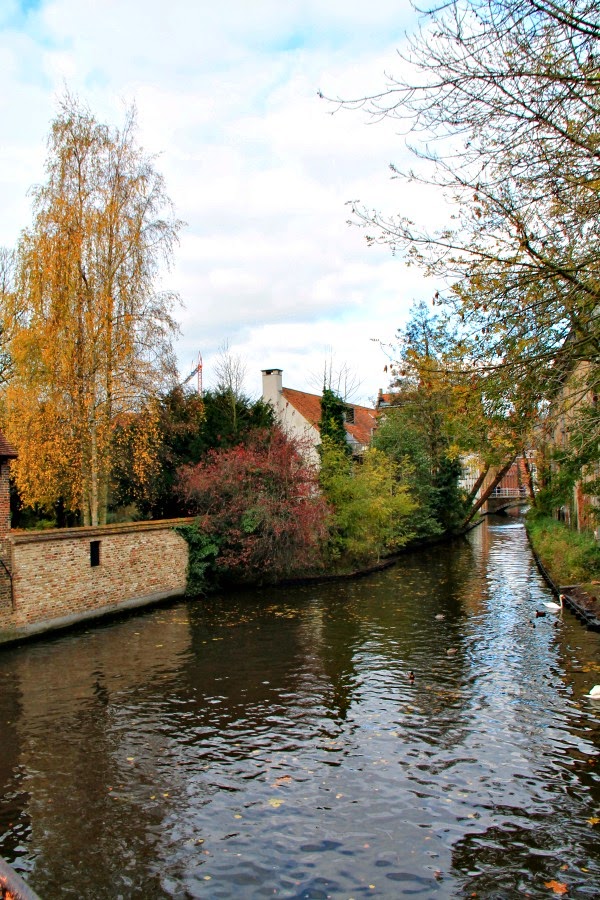 The béguines established a cultural tradition of independent religious women. Unlike nuns, they didn't seclude themselves from the world, took no vows, kept their own possessions, and earned a living while doing charitable work. 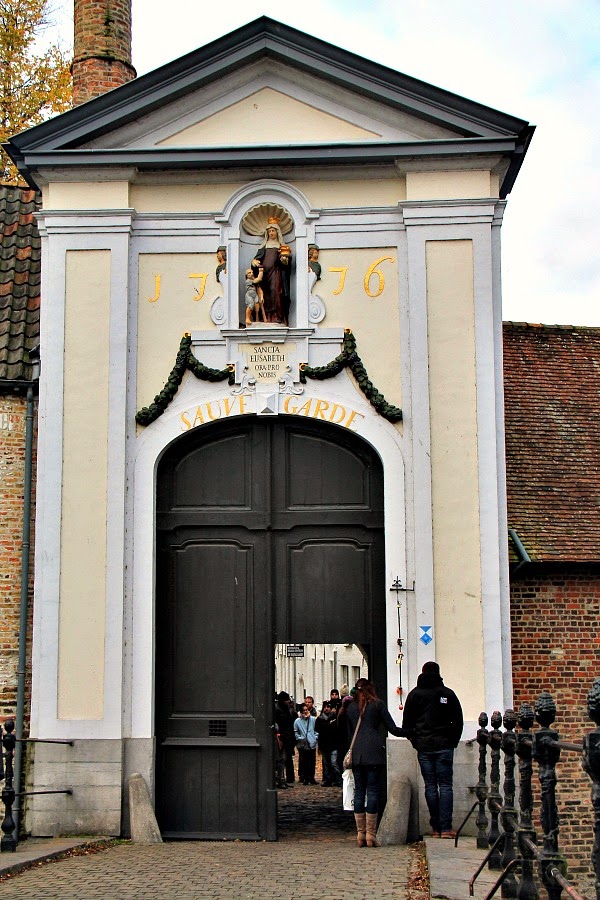 Entrance to the Begijnhof, Brugge

The Flemish béguinages, like this one in Brugge, endowed by benefactors, were surrounded by walls, had a church and small houses enclosing a central, peaceful green space. 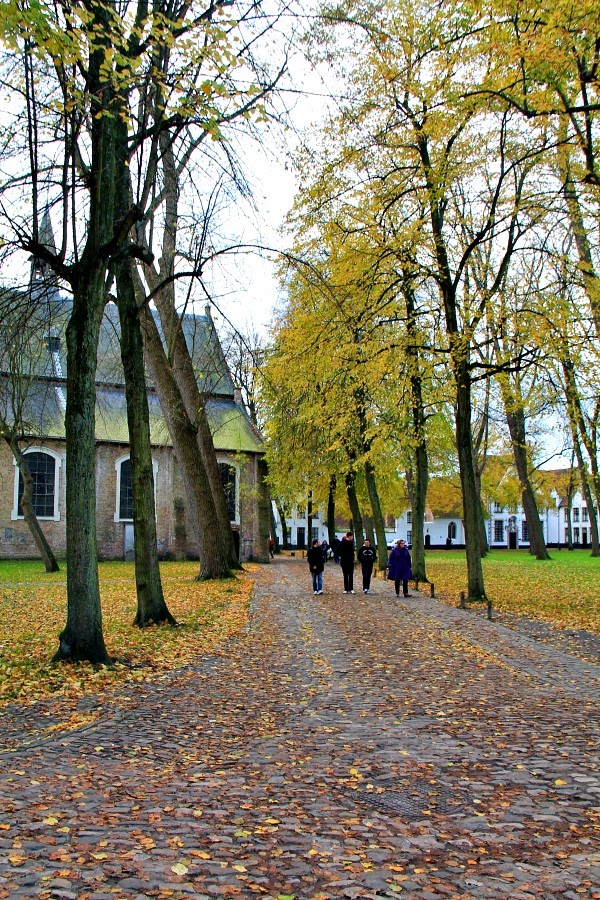 The béguines housed here usefully served their communities while having a degree of economic independence and self-determination in how they lived their lives, under their own elected councils. 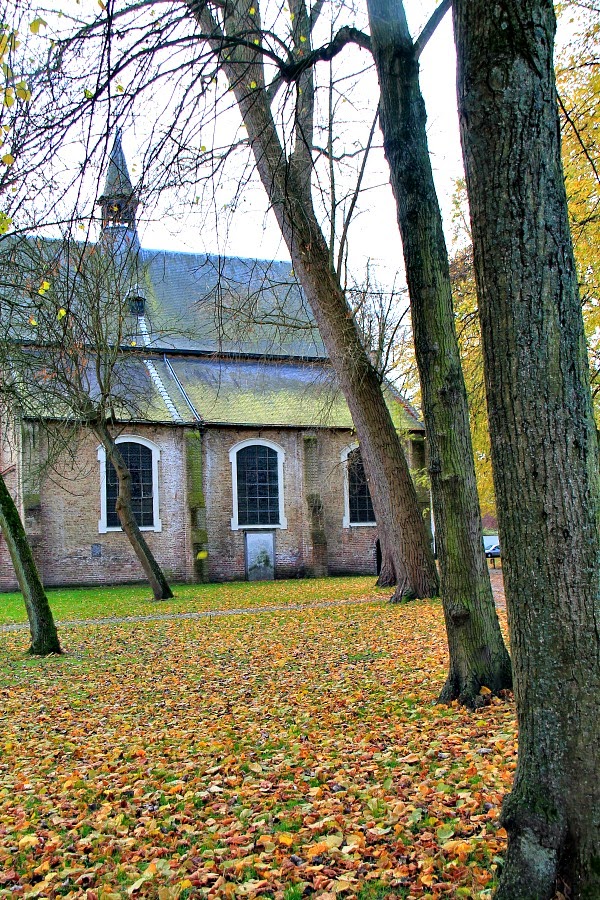 A positive development in all respects that ultimately ended badly for many of these women.

Inevitably, the strength of the béguine movement with its uniquely feminine spirituality came to be seen as a threat to the authority and control of the church. This was a time when women had only two legitimate spaces: in the home or in a convent. They were condemned as heretics, many béguinages were dissolved and béguines forced into convents or burned at the stake, depending on local authorities' interpretation of a papal decree. 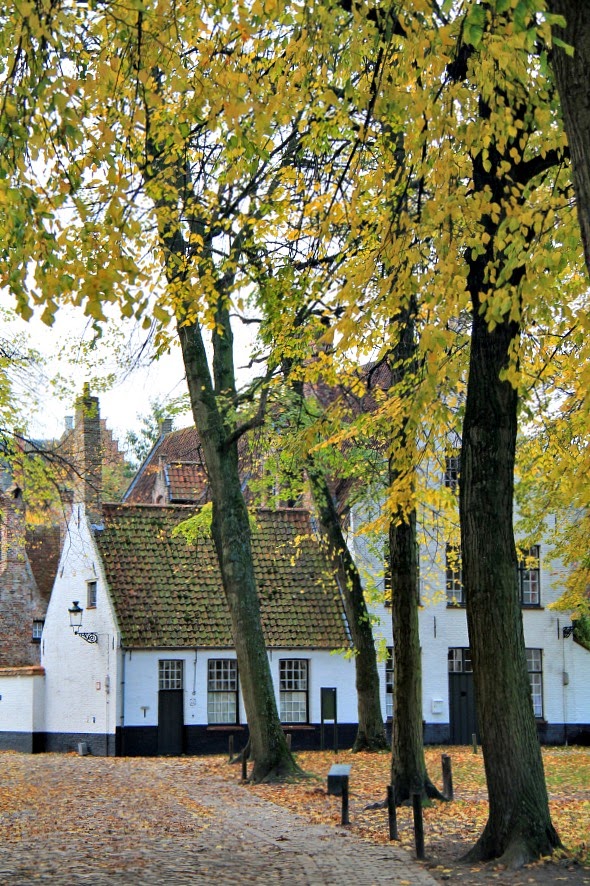 Béguines in Flanders were more fortunate, though. They were left in peace with support from religious authorities and survived many centuries. 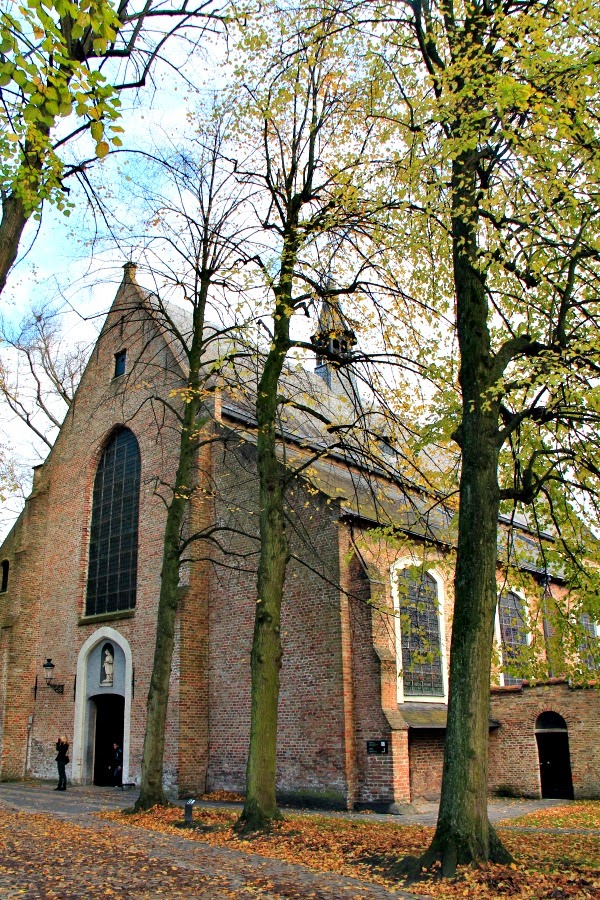 I discovered after visiting the one in Bruges that there is a revival of the concept and spirit of the béguinage in different parts of the world (including Germany, America), adapting the tradition of the béguines to the needs of many women today. 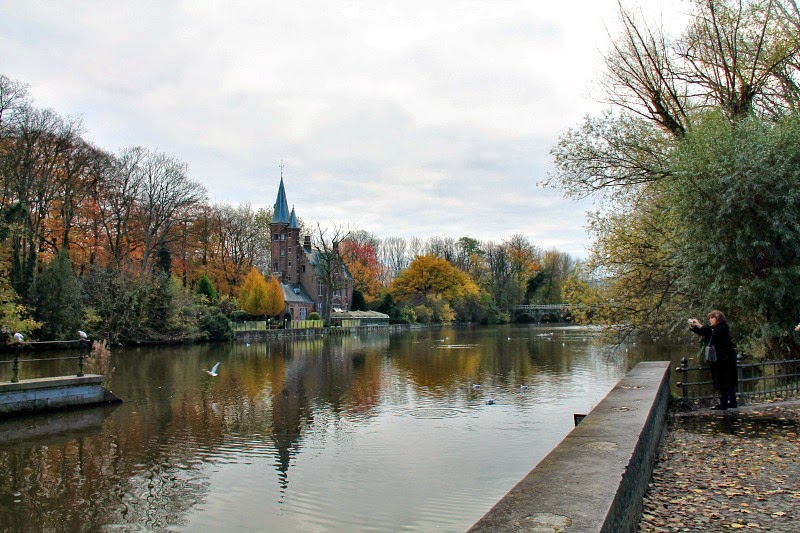 Outside the walls, swans, seagulls and cyclists in and around Lovers' Lake ... 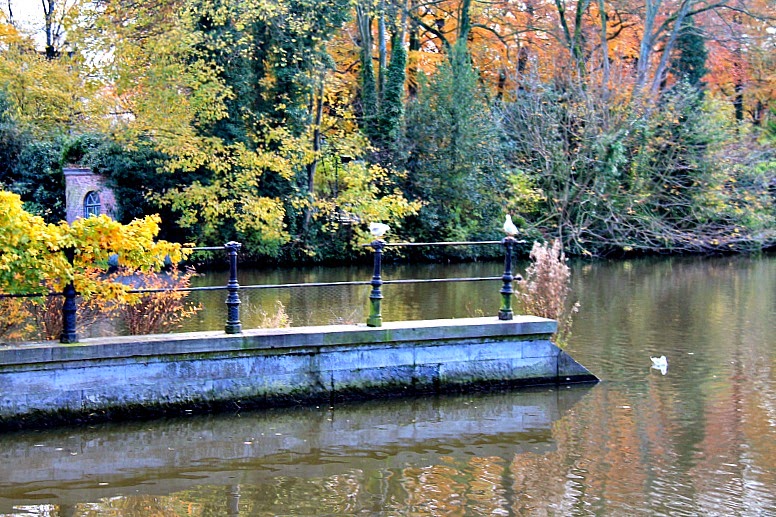 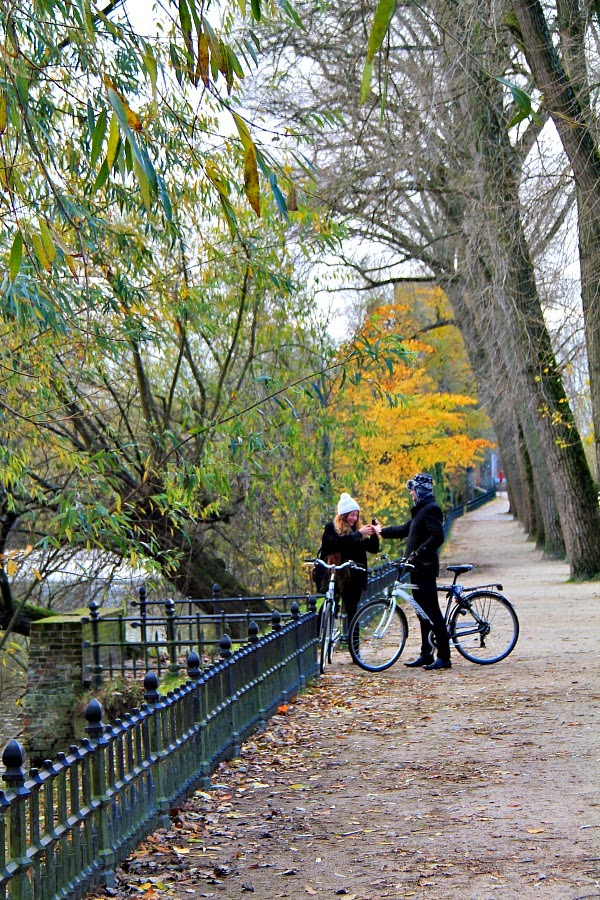