Much of Umbria looks very like Tuscany ... think olive groves, vineyards, fields of sunflowers and cypresses, dotted with ochre villages.

But further east, and dropping down to the Adriatic, is another totally different Umbria, the region of the Sybilline mountains and national park. It's a long drive winding up through mountains ... and unlike the hills of the rest of Umbria, these are proper mountains, part of the Appenines ...

to the town of Norcia, the gateway inscribed with the name the Romans gave this ancient, pre-Roman town: Old Nursia. 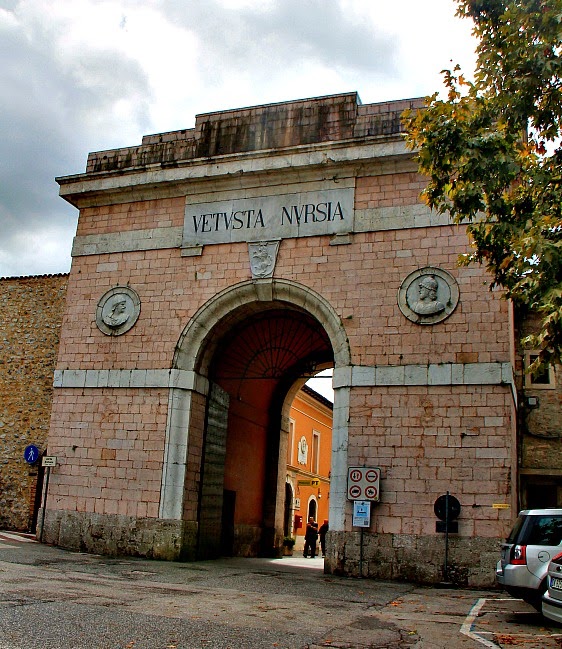 Recent history: a square dedicated to Norcians who died in WWII

Norcia is famous in Italy for its food, especially the Norcian salumi (not to be confused with salami): cured meat from pigs and wild boars. (Not a huge carnivore, I did buy some good local wine, bread and olive oil here). 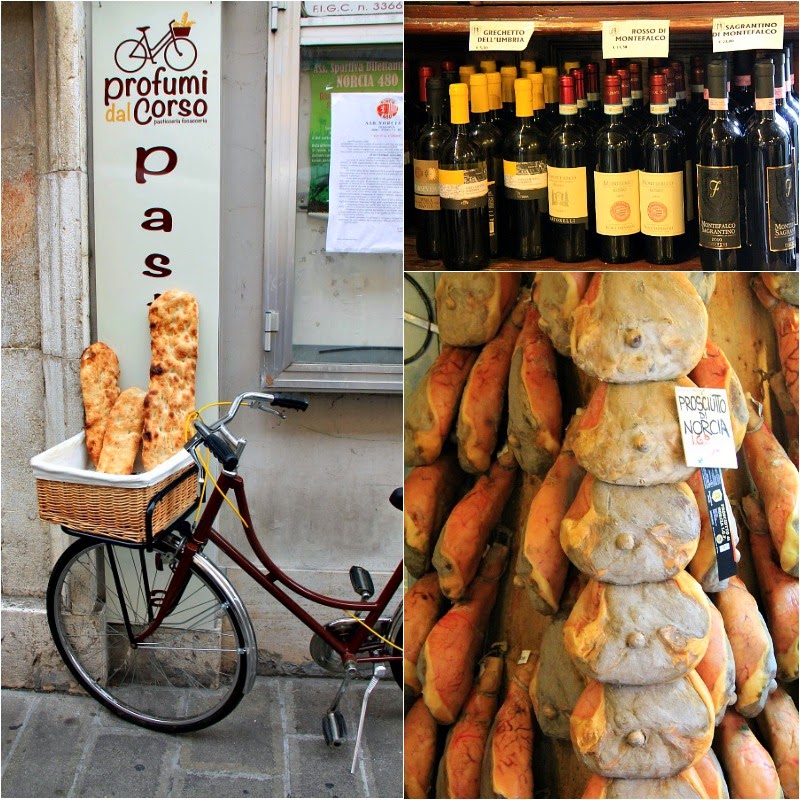 In the central Piazza San Benedetto stands St Benedict, below, gesturing towards the basilica that was built over the spot where he was born. (I only realised here that Umbria gave rise to the two founders of western monasticism: the Benedictines and Franciscans).

Benedictine monks look after the basilica and are very much in evidence here, but rather austere looking compared to the jollier Franciscans of Assisi (I didn't dare snap a picture of any of them). 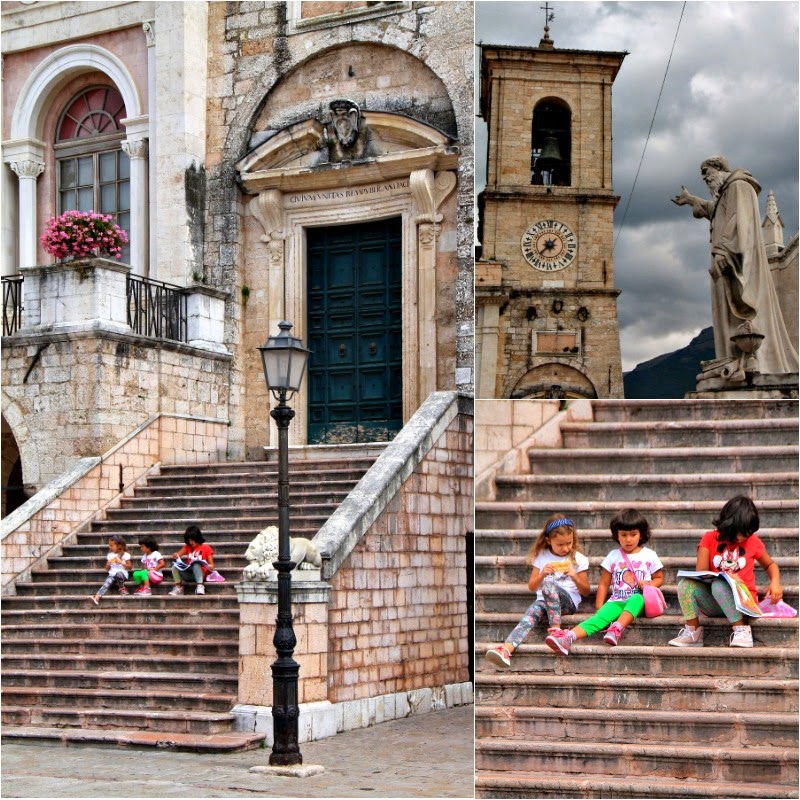 I liked this simple basilica though, compared to the grander one built for St Francis. The crypt marks the place where Benedict and his twin sister Scholastica, also a saint, were born in 480. (Twin saints must be quite rare? And naturally Scholastica, like Clare of Assisi, is the lesser feted and recognised saint compared to her male counterpart). 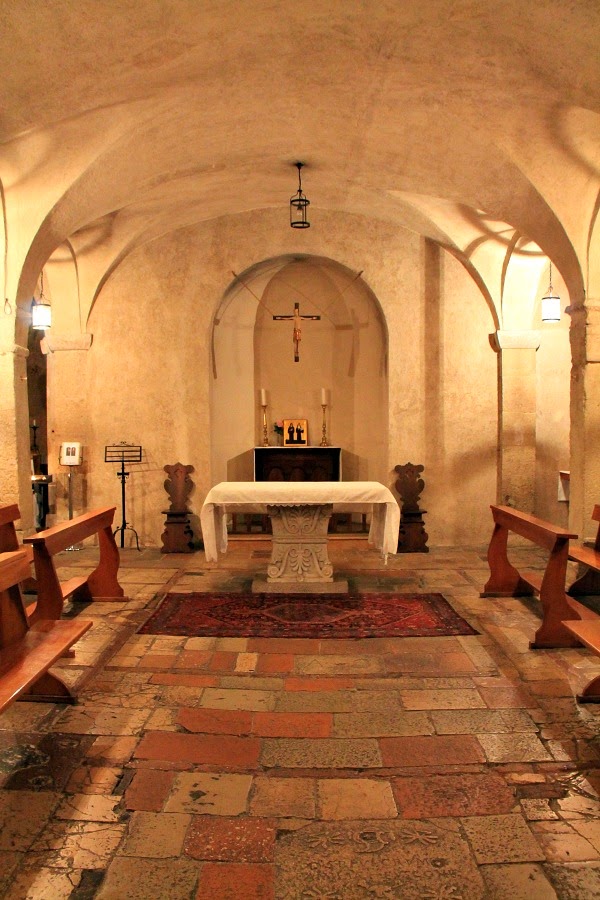 Apparently if you're here at 7.45 pm in time for Compline you can hear the town's Benedictine monks singing Gregorian chants in this little crypt.

The real surprise comes after Norcia, if you're willing to persevere along the road through the Monti Sibillini.

For someone like me who gets car-sick at the sight of a bend in the road, it says a lot that I thought it so totally worthwhile to drive further into these mountains. 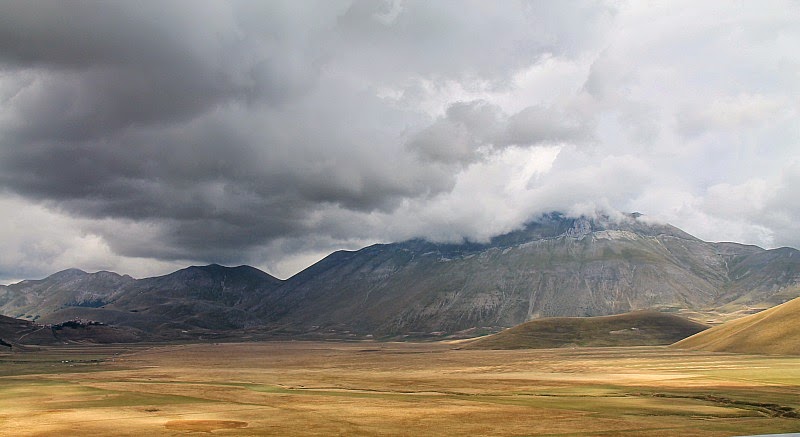 Hanging out the car window for air, I distracted myself from nausea by snapping the incredible views and communing with the occasional Sibillini cow - beautiful creatures they are. 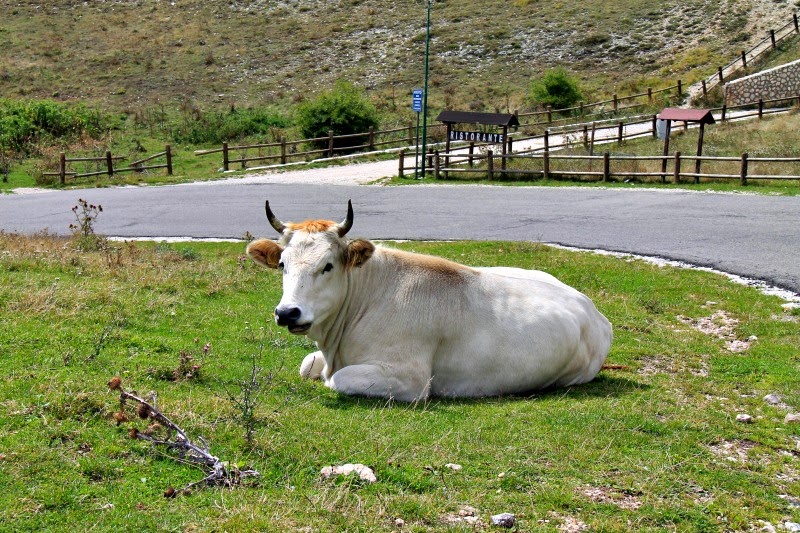 We were headed for Castellucio: Italy's highest inhabited village, which overlooks the Piano Grande, a vast plain, divided like patchwork into fields of lentils in shades of green and yellow. 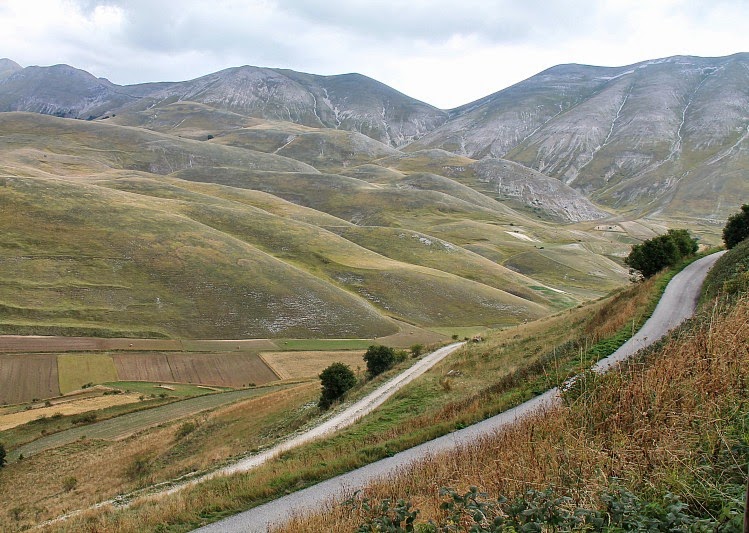 We had lunch in this friendly little town that has the most basic amenities and less than 200 inhabitants, but an unforgettable setting. 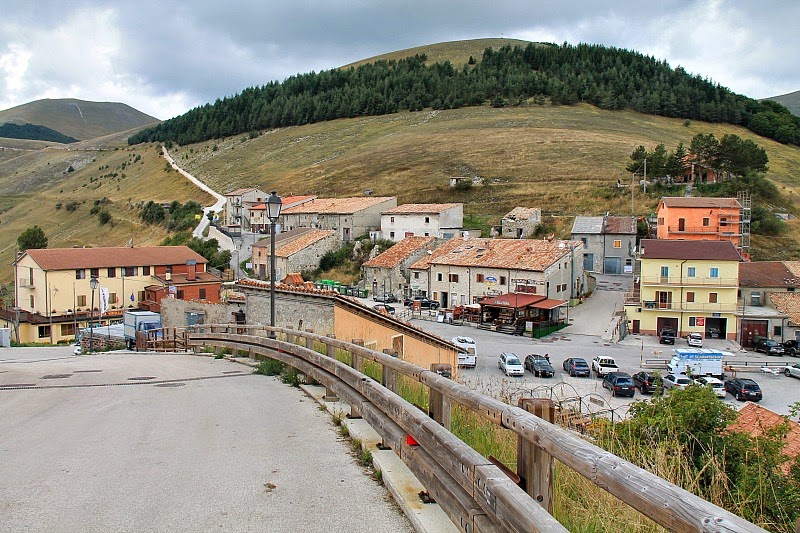 In spring the Piano Grande is covered in wild flowers and visitors bring a living for a few months to the town's inhabitants. In winter it's deep under snow, making the winding roads leading to Castellucio almost inaccessible. There are wolves in these mountains, and a few wild cats and bears still left roaming around. And finally there was the road back from the Sybilline peaks down to the vineyards of the other Umbria ... 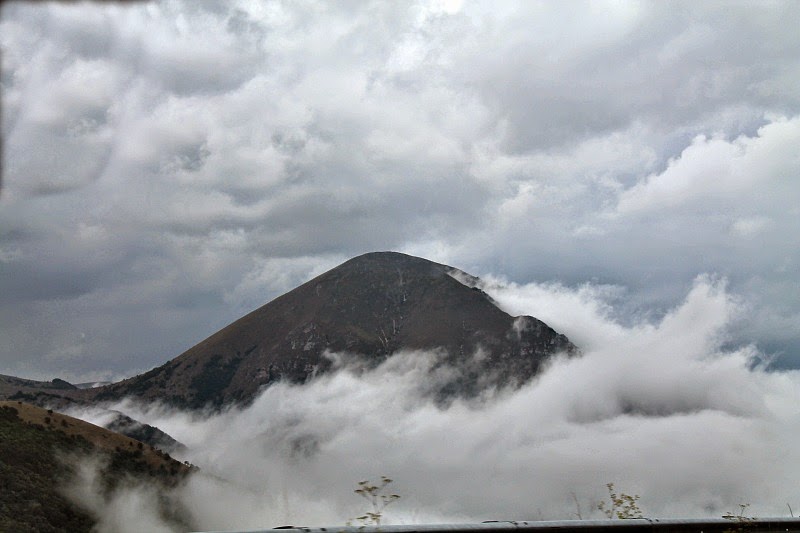