For my high school yearbook, I have been voted as "most likely to be found at a music festival". There is a reason why my superlative is so accurate and why I love festivals so much, despite the mud, the grubbiness of camping, and the far from ideal toilet situations. It's hard to put the feeling that music festivals give me into words (or bad quality phone pictures) but I'll attempt to take you through the journey of my unforgettable memories made at the three times I've been (so far) to music festivals. 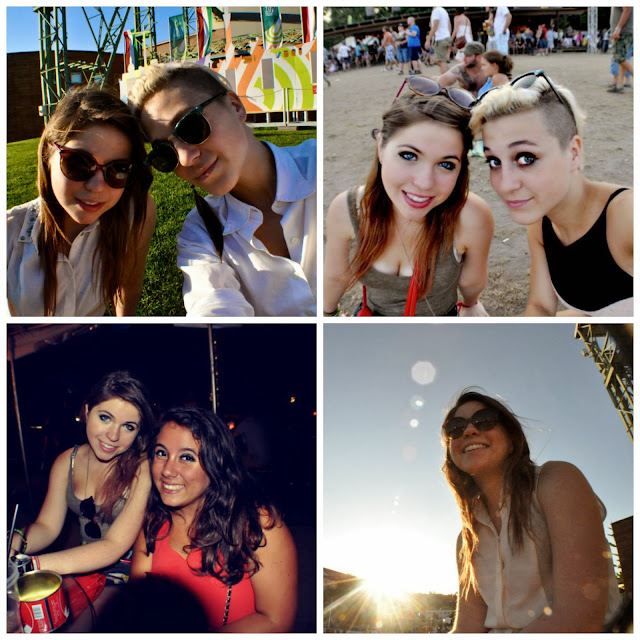 One of my greatest memories, not pictured, was seeing Foo Fighter's perform for their very last time after a long and monumentally successful career. That was spectacular in it's own right, especially as Dave Grohl (frontman, as well as drummer for Nirvana) made a very emotional speech halfway through and then continued to play songs with 100,000 people singing along every word with him. Not only that, but it was his mother's birthday (she was standing on the side of the stage) and Dave Grohl got 100,000 people to sing happy birthday to her. At the end of their set, confetti and fire blazed from the stage, making one very unforgettable memory. On top of all that, I was standing next to a couple in the crowd, and between songs, the man proposed to the woman and she said yes.
I think perhaps it is this eventful memory that really sums up why I love music festivals so much. Music brings people together, whether it be lovers, good friends, or complete strangers. It's a chance for you to feel the same emotional experiences with bands and artists that you've idolised for your whole life. There is something about hearing lyrics that you deeply connect with, but there is something even more special about singing those lyrics at the top of your lungs along with the artist who wrote them.
As Dave Grohl sums it up:
"That's one of the great things about music. You can sing a song to 85,000 people and they'll sing it back for 85,000 different reasons".

I hope 2014 (year of my high school graduation) is full of new festivals and experiences for me to always remember.